We’ve been seeing many decent smartphone offerings from China since the last couple of years or so, but the wearable scene is still in its nascent stage. The MIMI MI-W3 is one device that tries to push the scene forward; it comes with the essential components to be a companion smartwatch. Unlike many other budget smartwatches that have come from China, the MI-W3 does not have a SIM slot, and is therefore not a standalone smartwatch.

I used the MIMI-W3 for over a week to see how it performs, and the general impressions are positive. First off, with due respect to MIMI, I did not expect the device to have a build that’s not only solid but also precise. However, I was surprised to find the watch made with great precision, or so it appears to me. The dial, or the body of the watch (42*45*14mm) is a bit thick to be 100% comfortable, but you sort of get used to it somehow. And that makes the MI-W3 largely suited to men, at least as far as I think. 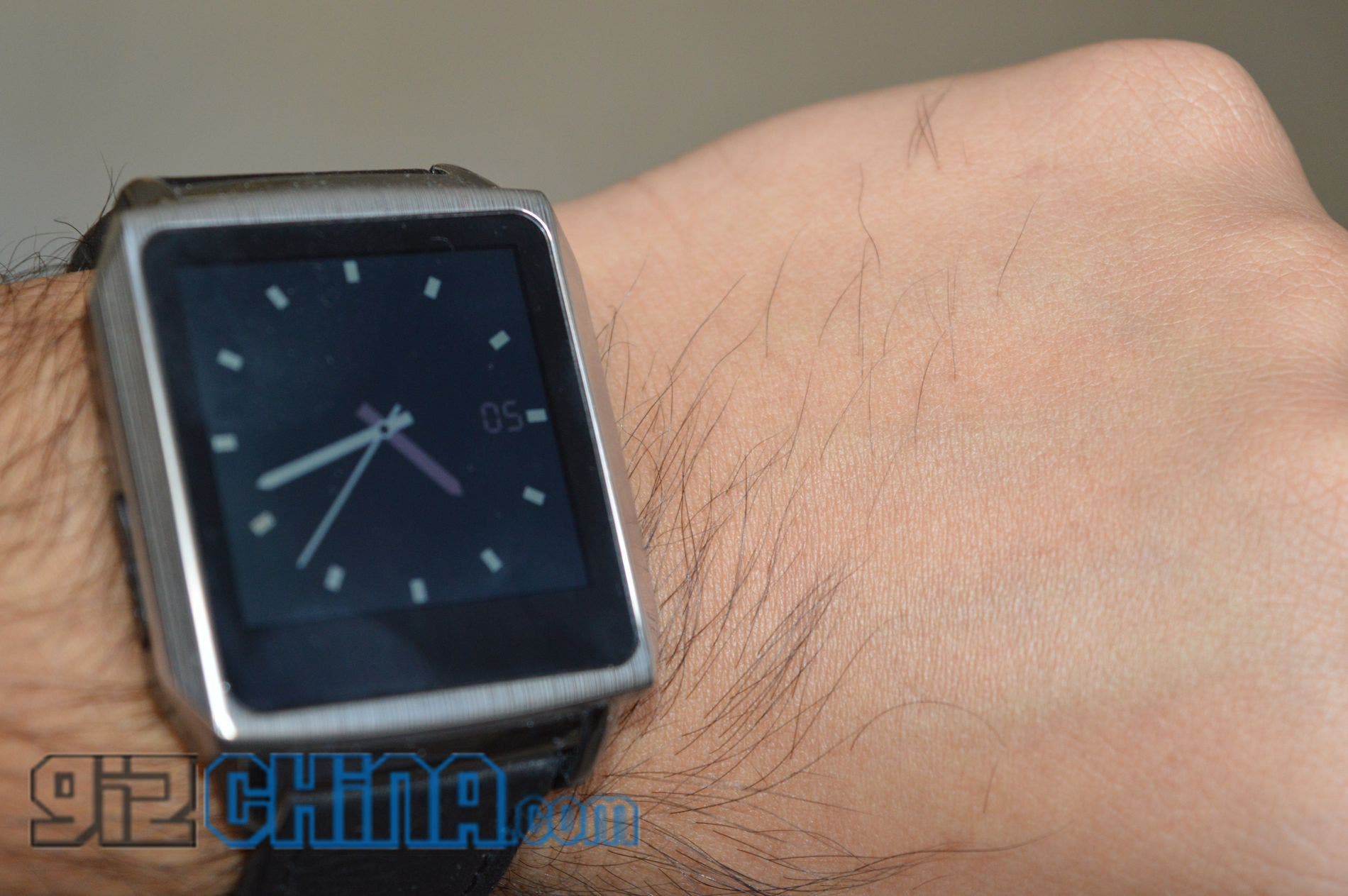 The smart aspect of the watch does quite a bit, but then it does leave you wanting a bit at the same time. For what its worth, the device is indeed a good start if you’re just stepping in to the world of wearables, as I am. Anyway, lets take a quick look at the tech specs of the MI-W3.

It has a 1.6-inch square display with a 240 x 240 pixel resolution. Needless to say, the display accepts touch input, and has the perfect level of sensitivity — neither you don’t have to press hard to have your inputs registered, nor does it go into autopilot. A bit of a disappointment is that the smartwatch doesn’t run Android, but some sort of a proprietary system. So you’re not able to install 3rd party apps or anything like that. At the time of writing the review, MIMI already informed me about a firmware update, which is a good thing to know.

It’s powered by a MediaTek MT6250A chipset, which seems to be MediaTek’s wearable special. No information on RAM and/or ROM available; which is OK since the watch anyway doesn’t support 3rd party extensions. 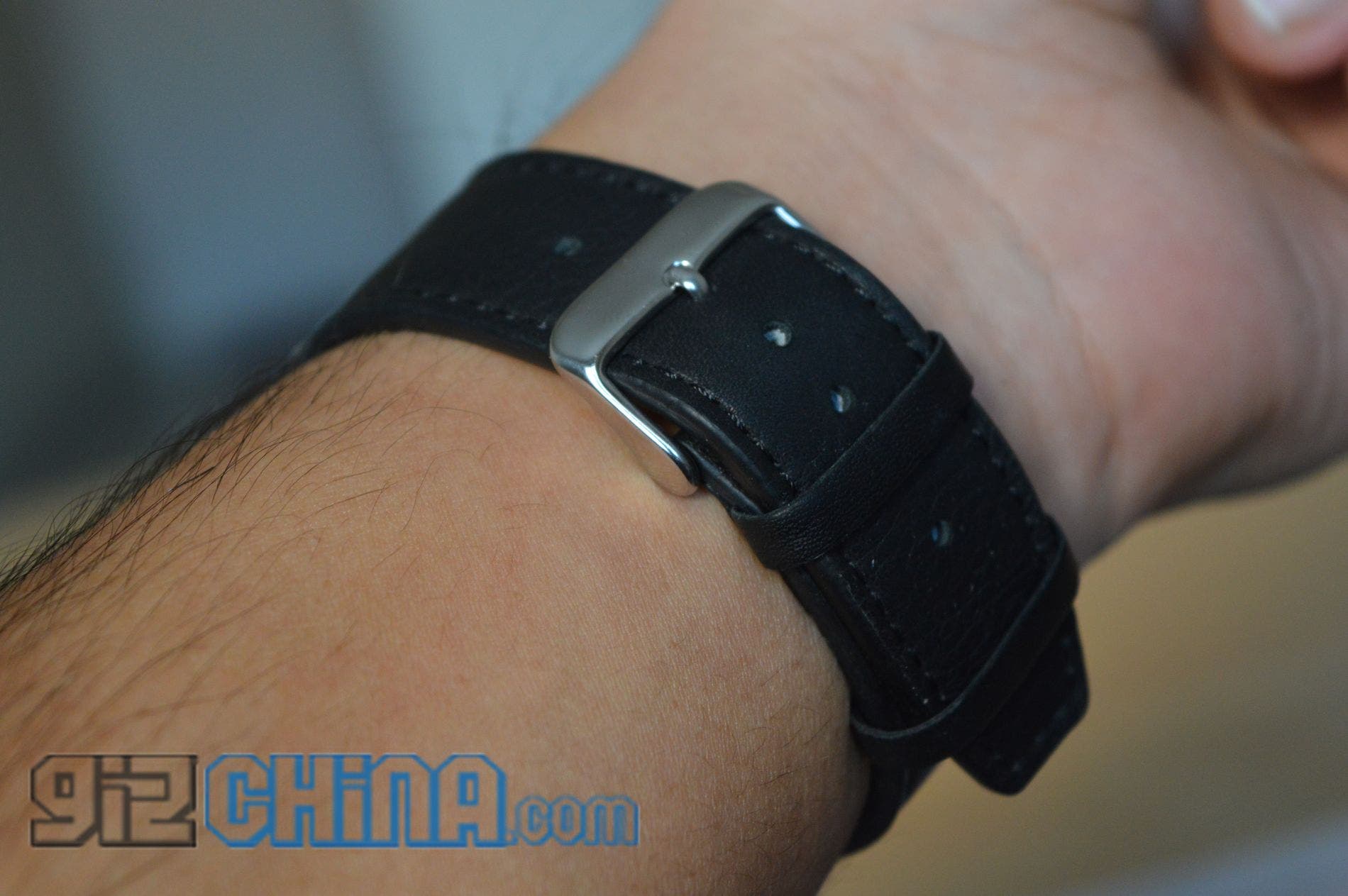 The strap is leather, which seems genuine, and truly good quality. The dial itself is made up of rather sturdy plastic and has metal on top. The smartwatch is also IP67 grade water and dust proof. From MIMI: “IP67 level, it can be washed and soaked, even more you can wear it when you are taking a shower. Pls make sure not be used for deep-sea diving”. So, it can take a wash-basin or at max a quick shower, but it isn’t made for deep waters.

There are two ways you can set the watch up: (i) light up display on gesture: this is similar to what the Moto 360 does; you bring your arm up from a resting position, which triggers the watch to turn on its display. This works more or less faultlessly, a few starting steps might fail though until you learn how much exactly you need to move your arm. (ii) transflective mode: if you have the ‘gesture wake’ turned off, the watch will automatically go into this mode. Here, you’re able to see the time without having to turn on the display (there’s no backlight). From my experience, this works well but you have to have the digital watch face to be able to see the time clearly. Also, this mode works very well in the night and doesn’t suck up a lot of battery (see picture below). 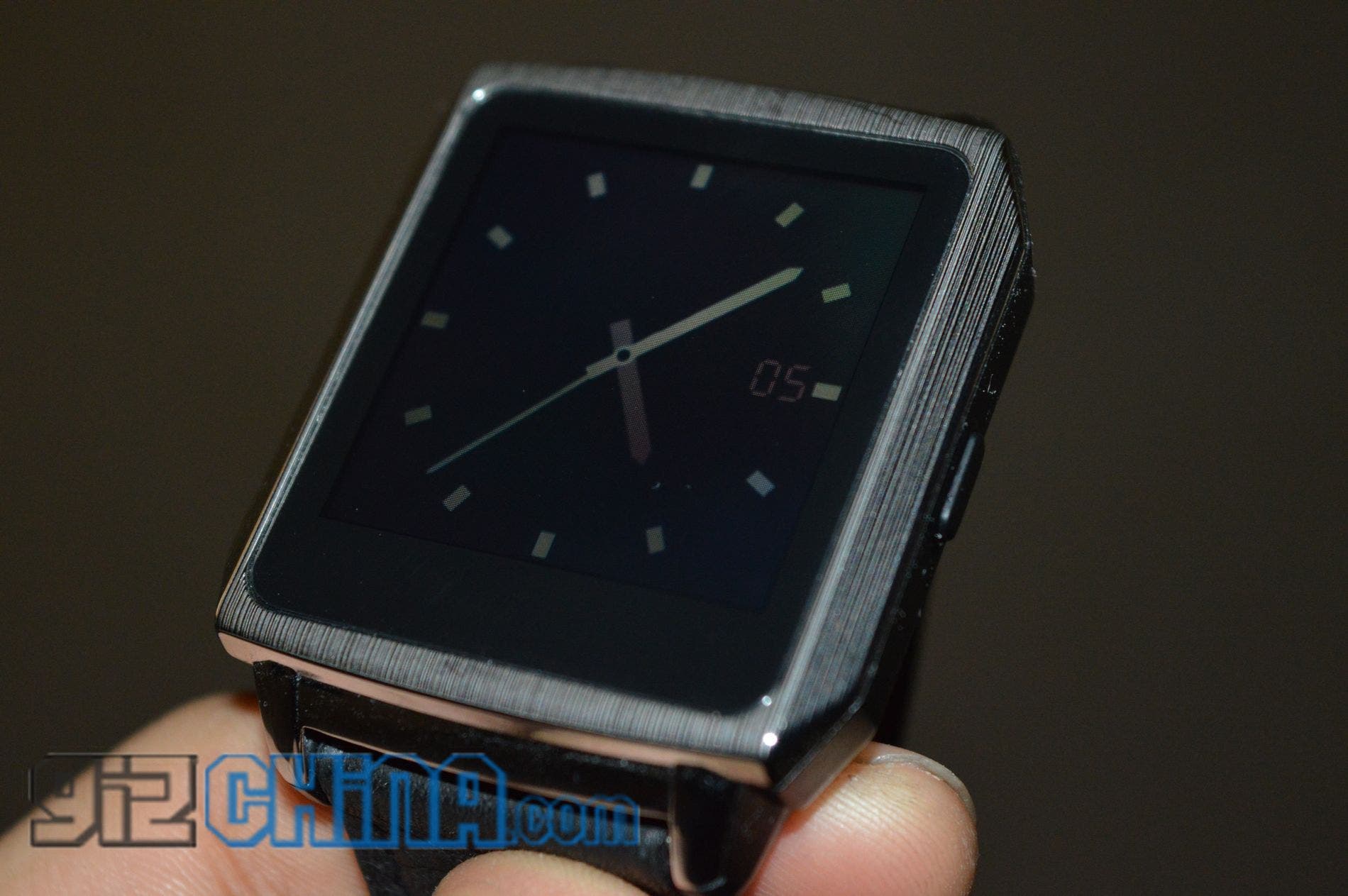 It has a 500mAh battery, which charges up pretty darn fast when I use a 2A charger. The packaging doesn’t come with a charger inside the box; you’re assumed to have a few of them lying around already. Which is something I don’t really mind. The box does however come with a rather unique USB splitter (2x female -> 1x male) so you can hook up the smartwatch to your laptop without having to sacrifice the functionality of the USB port. 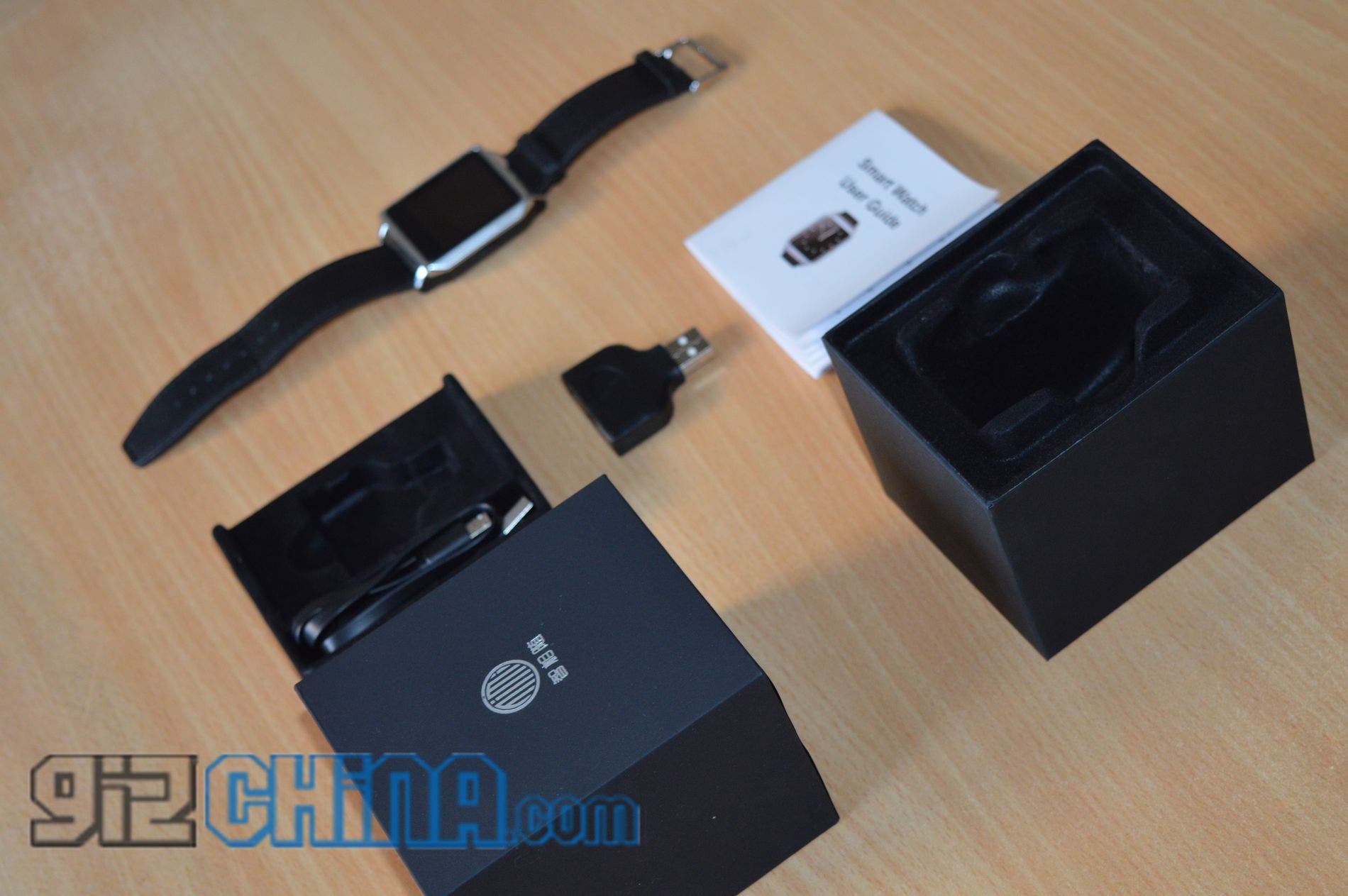 Speaking of watch faces, there are seven in all. These can be accessed by going into Application -> Clock setting. You can also pre-define watch faces for different days of the week from here.

Different apps on the watch:

You would’ve gotten the essence by now. The watch is very well made, but the software lets it down a bit every now and then. There’s certainly scope to improve with frequent firmware updates, which I really hope MIMI does provide. Let’s talk about the companion Android app a little.

The companion app has the following:

A couple of issues I have with the app: 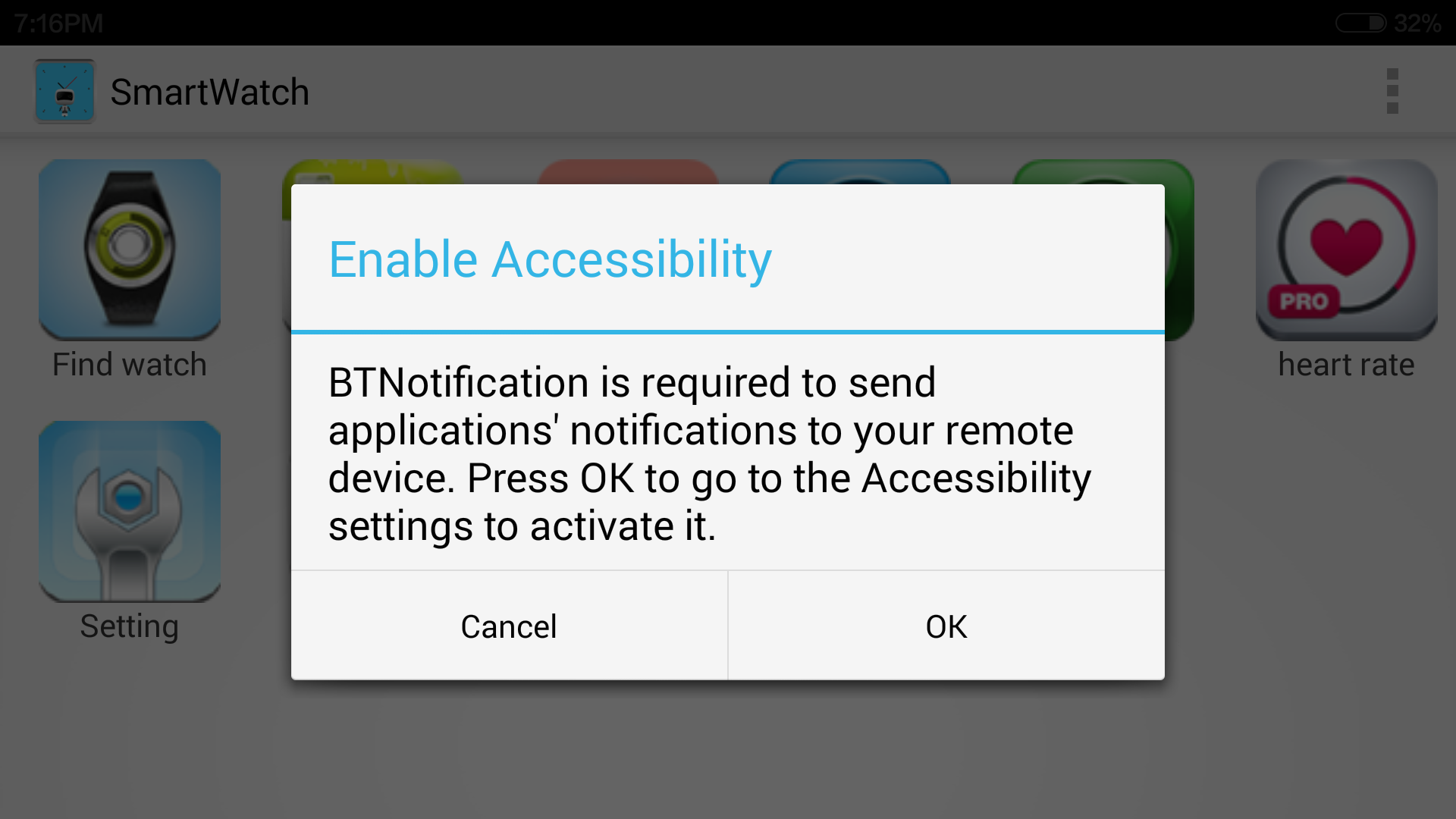 In a nutshell, the MIMI MI-W3 is an extremely well made piece of kit, with good quality material and the all important IP67 grade protection. If MIMI want to succeed in more markets than just their home country, they’ll have to up their game with the software. The transflective display is a major win in my books, something I found myself using all the time. The 500mAh battery on the watch, like mentioned before, gets charged up pretty quick, and does two days of use for me.

However, the ‘smart’ aspect of the watch was largely limited to receiving and answering calls, and the odd notification from apps like Telegram, Gmail, etc. The watch also has a built-in mic by the way, which lets you take calls directly on the watch. Pretty obnoxious, but you never know what the next trend in technology is going to be.

You can find more information about the watch and MIMI in general on their website — mimi-hk.com. To purchase the smartwatch for US$149, you can get in touch with Anna Wu at anna@mimi.hk / sangfeida@talos.net.cn.

Next iNew V3 Plus Review: Popular Chinese phone gets a speed bump