Manufacturer Beidu have officially announced the Little Pepper 6, a 64bit phone with 20 mega-pixel camera headed to the Chinese market.

Little Pepper were one of the first smartphones to really grab the attention of international users when they first launched the worlds most affordable dual core, then later quad-core phones.

For the Little Pepper 6 the specification has moved a little further up market, but the phone remains a mid-ranger and at a great price.

A 64Bit chipset from Mediatek gives the Little Pepper 6 the latest in processor technology and also brings dual SIM LTE to the phone, but as a quad-core MT6732 chip pricing has remained low. A 5-inch HD display (1280 x 720) might sound a little low-res, but close up inspection should really show the pixels.

The real trick the Little Pepper 6 has up its sleeve is a 20 mega-pixel main camera with 5 lens and F2.2 aperture, which sounds very similar to that rear Sony camera found on the Meizu MX4 and MX4 Pro. It will be very interesting to see if the camera can rival camera-centric phones from Oppo, Vivo and Huawei. 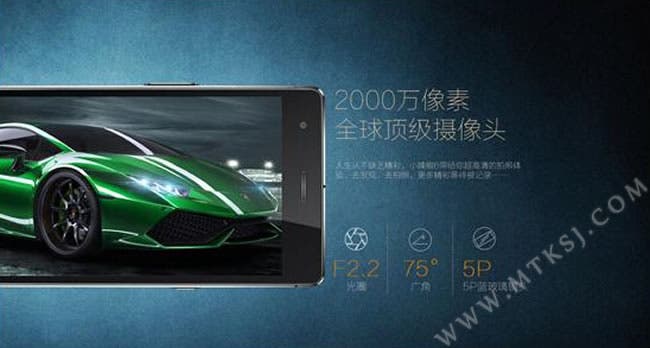 Gorilla Glass 3 panels front and rear add protection and a fancy look while an IR blaster will let you gain control of your living room.

Beidu are keeping their lips sealed regarding price, but sources claim the Chinese retail cost will be around 1199 Yuan or less.

Previous What is the Xiaomi Ferrari and could it measure less than 5mm?