The Meizu m1 note is one of the phones we are all watching however international fans can’t get too excited until the FDD-LTE version of the phone is available which should be very soon.

Meizu have had the Meizu M463U phone approved for sale in China, which is also great news for us as this is the codename for the China Unicom version of the phone with support for WCDMA and FDD-LTE networks.

The first lot of Meizu m1 note phones launched in China are TD versions that only support China Mobile 3G and LTE networks. Outside of China those TD m1 notes will only work with GSM (so be aware when ordering the from resellers).

Although the Unicom version is now allowed to be sold in China we still don’t know when it will launch, nor do we know the price for the phone (China Mobile phones sometimes get lower pricing through subsidies). 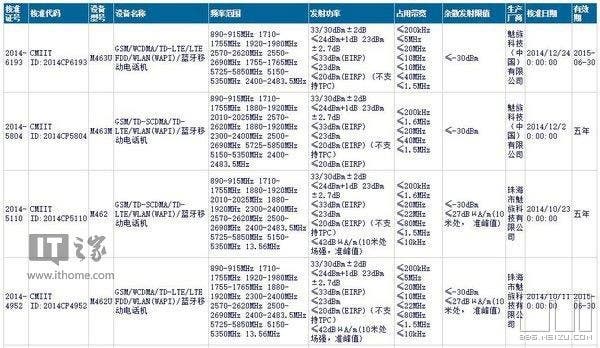 The Meizu m1 note launched just before Christmas on 23rd December. The phone is the most affordable Meizu to date at 999 Yuan in China and features a 5.5-inch display, 64bit processor, LTE and 13 mega-pixel camera.

Keep posted for more details of the m1 note and official international pricing once it has been announced.

Previous $50 gets you the quad-core Elephone G1, yes internationally!

Next Could Xiaomi be launching the Xiaomi Mi5 on the 15th Jan?