Sources in China claim that Mediatek are working on a 16nm chipset for launch in early 2016.

Yes, we know that 2015 has only just started, but the tech industry is a fast paced on and to stay on top manufacturers need to be constantly thinking about what’s coming next.

For Mediatek that could very well mean the release of a Cortex A72 based 16nm chipset. Benefits of such a chipset are detailed in the images, and include up to 3.5 times the performance of a 20nm chip, with 75% less power consumption compared to a 28nm Cortex A15 chipset. There could even be larger energy savings, as much as 60% when the new 16nm chipset uses big.LITTLE smart switching from large and small cores. 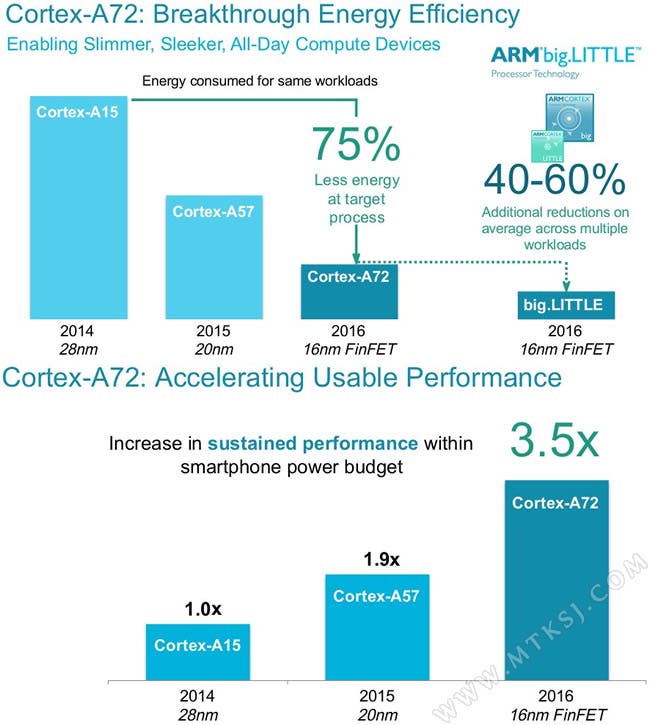 Cortex-A72 chipsets are expected to be the fastest processors over produced for the smartphone and tablet market, and when used with the latest Mali T880GPU we can look forward to some serious gaming performance too.