Phones such as the Mlais M9, Cubot S168 have spoiled us through the past one year, and anything that costs as much and offers less than any of the phones mentioned earlier look like a no-go to us.

Xolo’s A1010 that launched in India today is one of those phones, unfortunately. The phone is priced at 5,499 INR (US$90), but the specifications it has on offer make it look expensive even at the concerned price point. The device has a 5-inch display with a 854 x 480 pixel FWVGA resolution, which is certainly not the best for the money, but still not too bad. 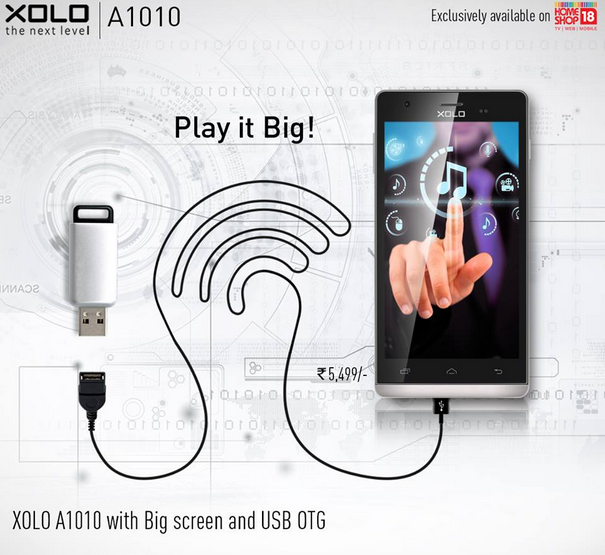 What is bad though is that the phone has only 512MB of RAM and a 1.2GHz dual-core processor (of unspecified make) to make for the core of the device. Besides that, there’s a 5 mega-pixel main camera and a VGA front facing shooter on the A1010. As seen on the flier, the phone will be available exclusively via HomeShop18.

Xolo has been successful in the Indian market, but the last few months haven’t been the best for the maker. The Lava subsidiary should certainly try and bring better devices in the market if it wants to have a taste of success this year.