The InFocus M2 of China is set to go on sale in a neighbouring market a lot of Chinese vendors have developed a liking for.

The phone isn’t the most powerful on earth, and the screen size and the rest of the internals are a little unusual to say the least. To start off, it comes with the popular MediaTek MT6582 quad-core processor, clocked at 1.3GHz. It has the same amount of RAM as the entry-level Android One phones in 1GB. 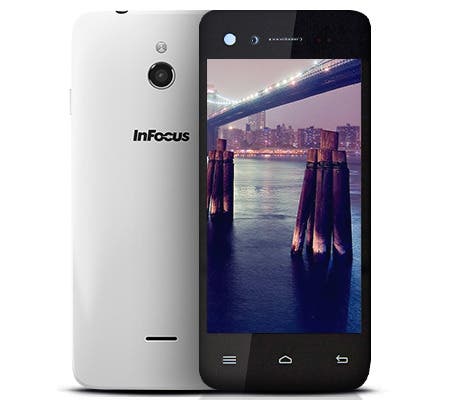 The screen on the InFocus M2 comes in at 4.2 inches with a 1280 x 768 pixel resolution, which as I mentioned previously is sort of weird… other than that, the phone has dual 8 mega-pixel cameras — one each on the front and rear — both with autofocus. So clearly, this one is what they call a ‘selfie phone’.

We’ve seen the InFocus M2 show up with a different processor (and 4G LTE capability) in the past. InFocus aren’t really a big smartphone brand in India, and the M2 is perhaps their litmus test agent.

The phone will sell via Snapdeal starting March 10th. Unfortunately, no pricing details were made available at the time of writing this article. Judging by the specifications, the phone shouldn’t cost more than US$130-150 tops.

Next Ulefone rumoured to be launching the Ulefone Be Pro Mini