How often do we see this, a Chinese brand trying to steal the thunder from a compatriot? More often than you’d imagine!

The Xiaomi Redmi 2 and the Mi Pad just got announced in India, and it appears as though another Chinese OEM — OnePlus — didn’t like the fact that it loses on footage. Which is perhaps why the company has just announced an invite-free time limited (one hour) sale of the OnePlus One 16GB Silk White version. 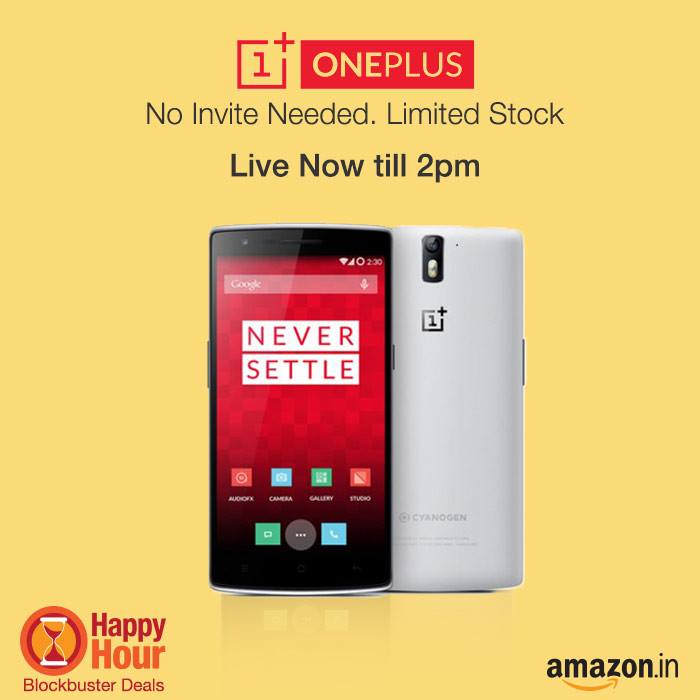 The company announced the same via a Facebook post. The OnePlus One was originally launched almost a year back in April 2014, and it comes with a 5.5-inch 1080p display, a Snapdragon 801 2.5GHz quad-core CPU, 3GB RAM, 13 mega-pixel rear camera, and a 3100mAh battery. The phone is available in 16GB/64GB storage variants, the former among which is currently on an invite free sale in India.