No.1 is infamous for its cloned phones, but with the X-Men X1 (as ‘X1’ in the rest of the review) marks a rather fresh direction of approach for the Chinese maker. The company has actually put thought into making a phone that’s not made before; combining ruggedness and decent specifications. Up until now, we’ve only seen rugged phones with sub-standard specifications. The X1 wants to change that.

To start, let me remind you of the specifications on the device: there’s a 5-inch 1280 x 720p display on top, along with the star of 2014 — the MediaTek MT6582 chipset. The Cortex A7 quad-core chipset is accompanied by 1GB of RAM and 8GB of on-board storage, which can be expanded by another 128GB via microSD (although I don’t really see the point of doing that on a phone such as the No.1 X1). To take care of your selfies while on your adventure trips, the phone has a 5 mega-pixel front camera, with a 13 mega-pixel sensor (which is actually quite good!) on the rear. Lastly, the phone has a MASSIVE 5800mAh battery (the highest capacity I’ve seen on a phone yet!) in the rear compartment to make it an endurance king. 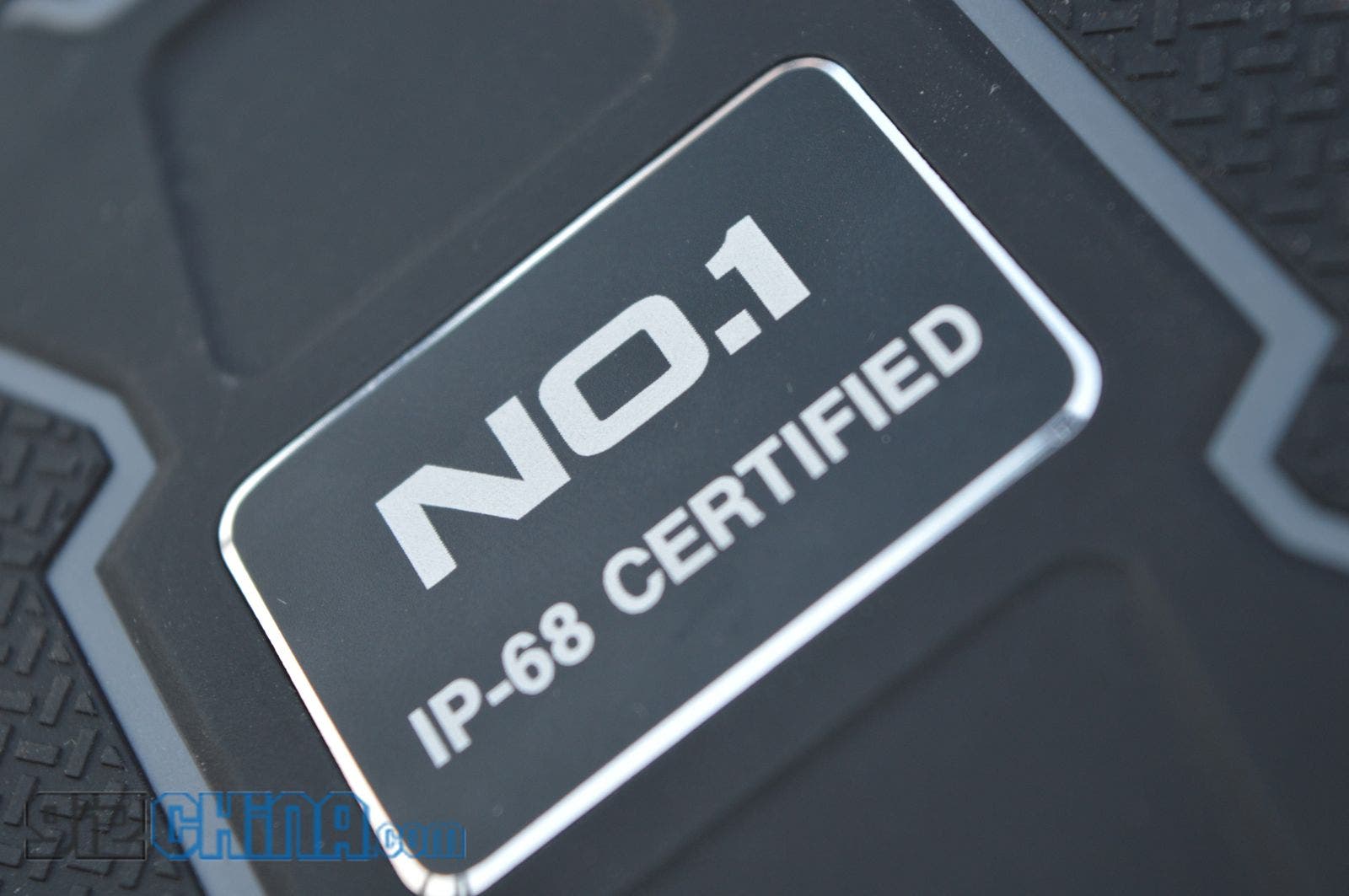 To start off, the screen on the device is pretty bright and pleasing to the eye, but the viewing angles are hampered by the distance between the digitizer (the panel that registers your touch inputs) and the LCD panel itself. What should matter more though, is usage in direct sunlight; which, I’m happy to report is decent on the No.1 X1. The 1280 x 720p resolution is sort of the ‘sweet spot’, so it doesn’t suck too much battery out from the 5800mAh cell.

To get to the battery though (and the SIM cards, microSD slot) you are required to unscrew (two placed) the rear cover using the bundled tool. Putting the rear cover on can be a little tricky, because it is designed to be water and perhaps even air tight; so patience is the key. 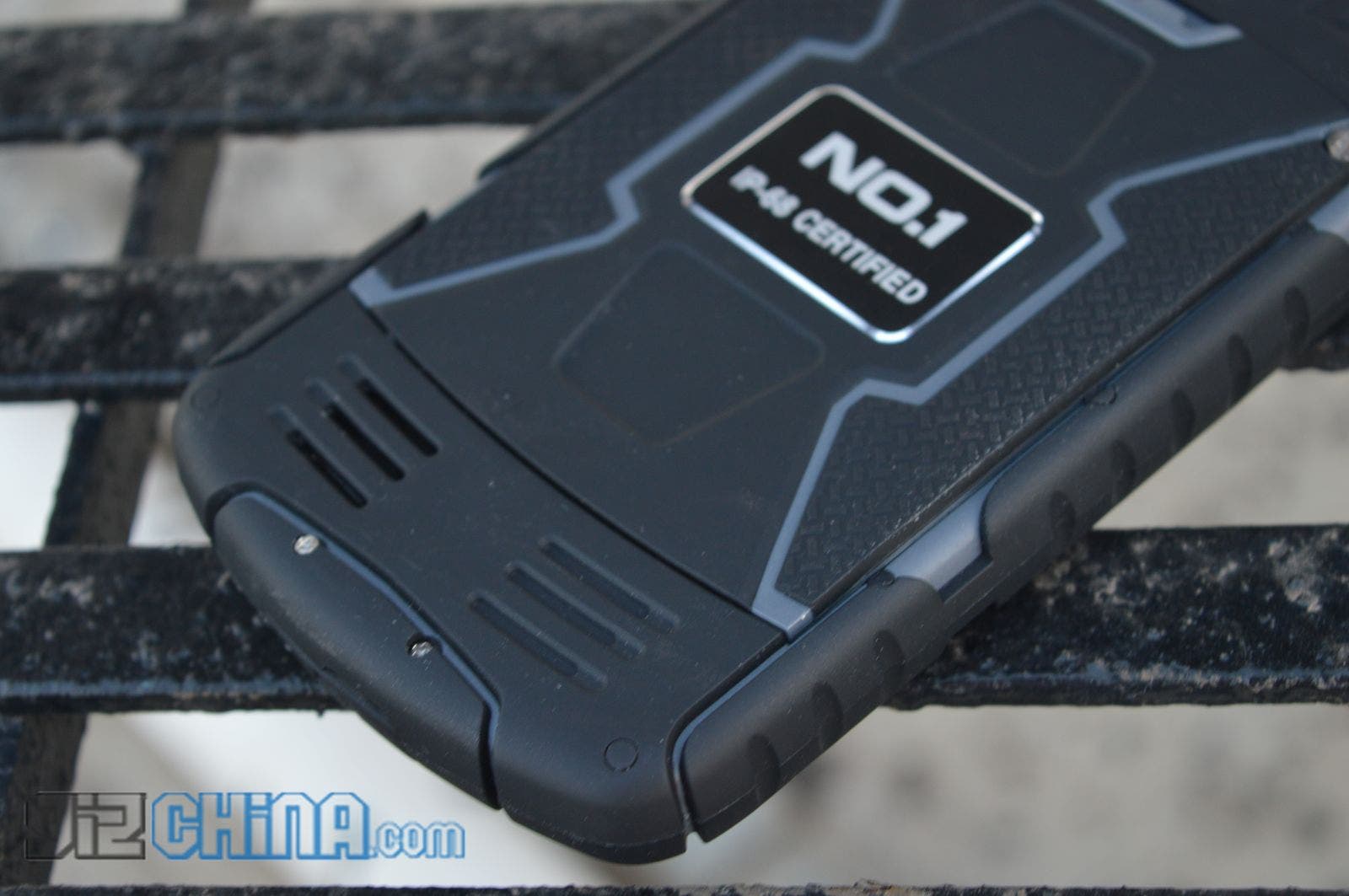 Besides the rear cover, the back side of the phone makes home for a the No.1 logo, which also says ‘IP-68 certified’ below the company name. Other than that, there’s an in-your-face sort of a 13 mega-pixel camera on top, and a speaker grill at the bottom left. 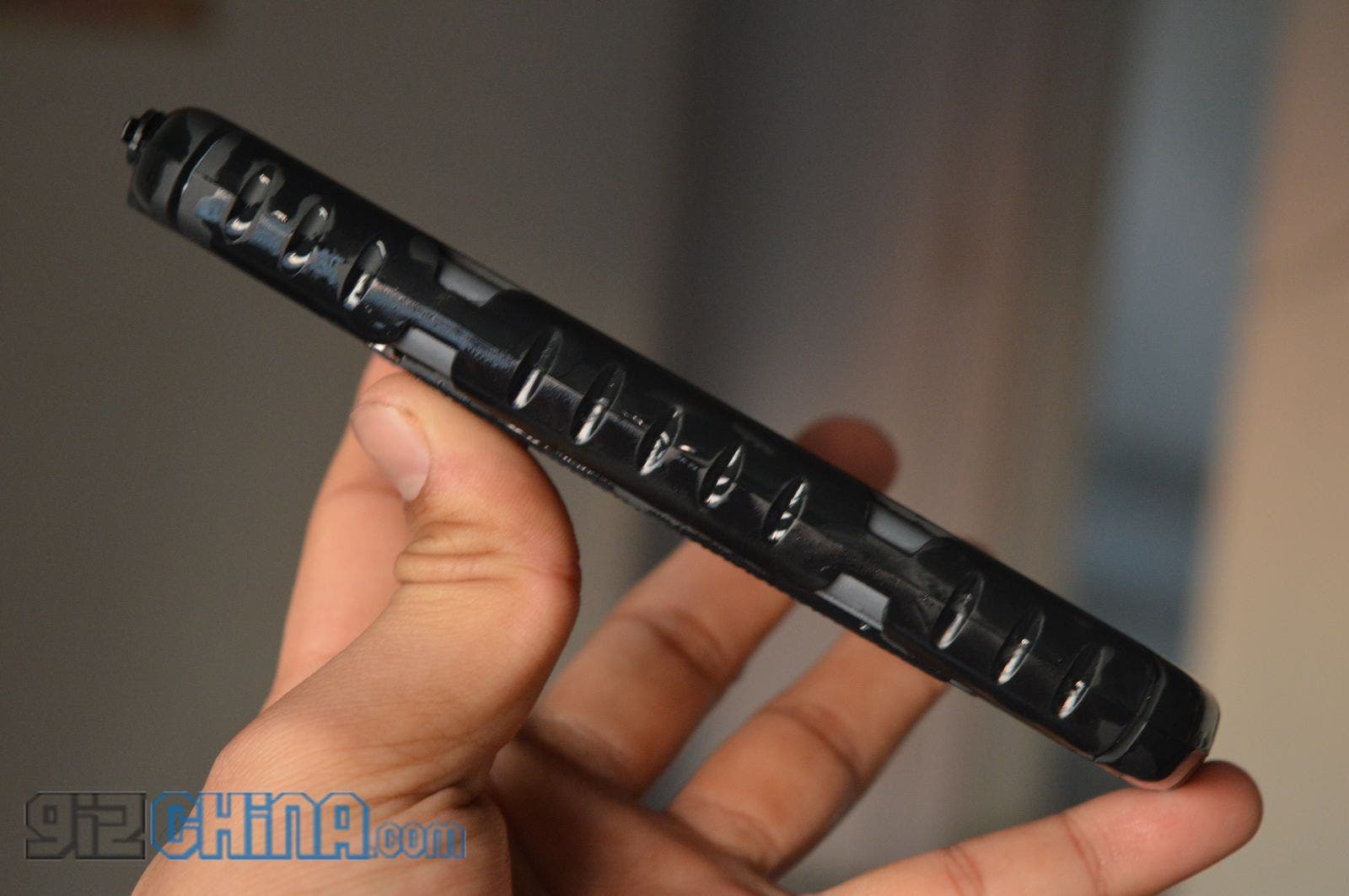 There’s nothing at all on the left edge besides the rubbery covering, and on the right, the No.1 X1 has the three buttons — power and volume keys. Speaking of buttons, the No.1 X1 comes with four capacitive buttons below the 5-inch screen, which is something we haven’t seen in a long time. 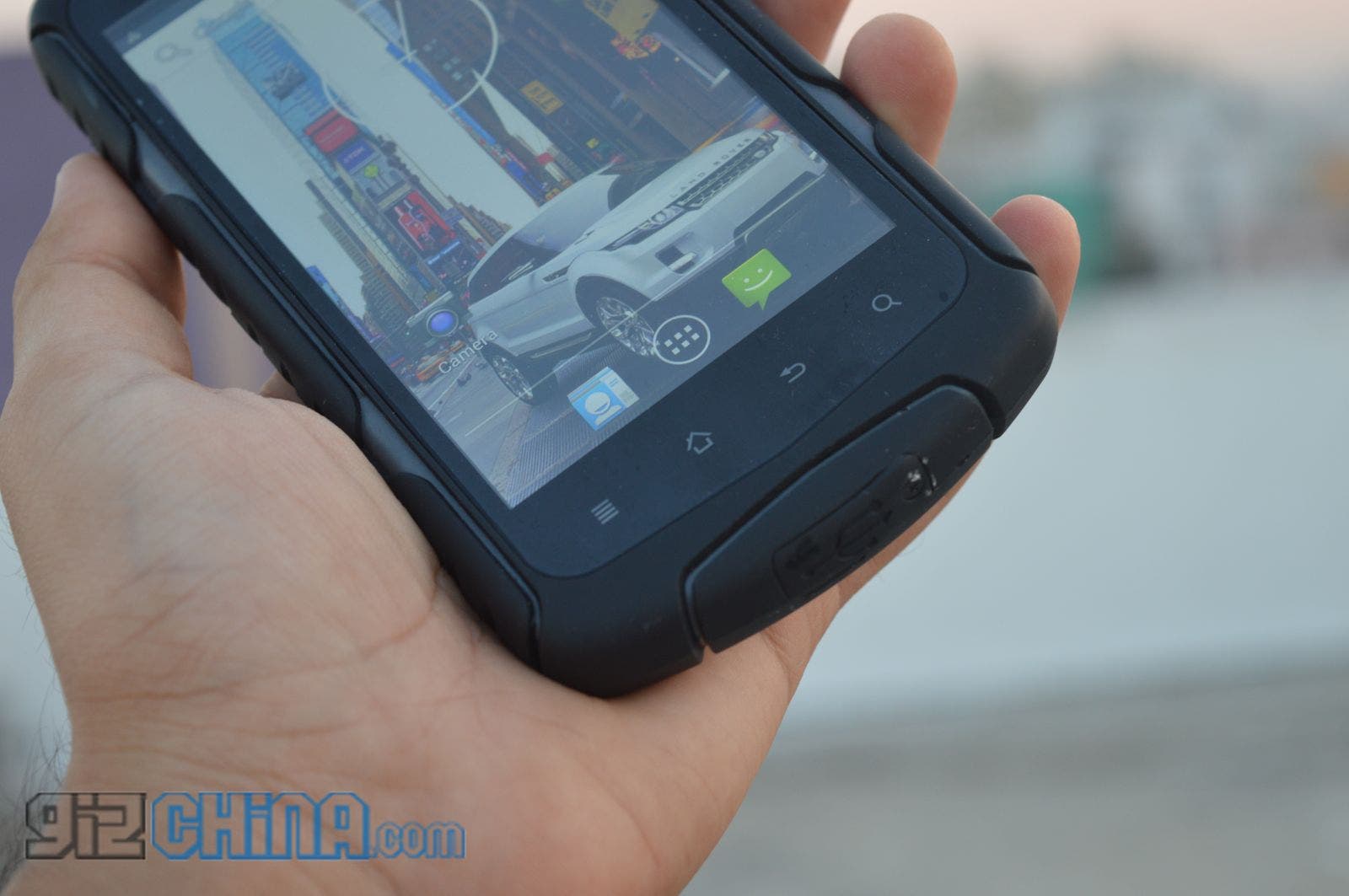 In fact, Google says phones should have 3 buttons — at least that’s what the Nexus phones have, in on-screen style — but for some reason, No.1 also include a search button right most to make you reminisce about the last froyo you had. 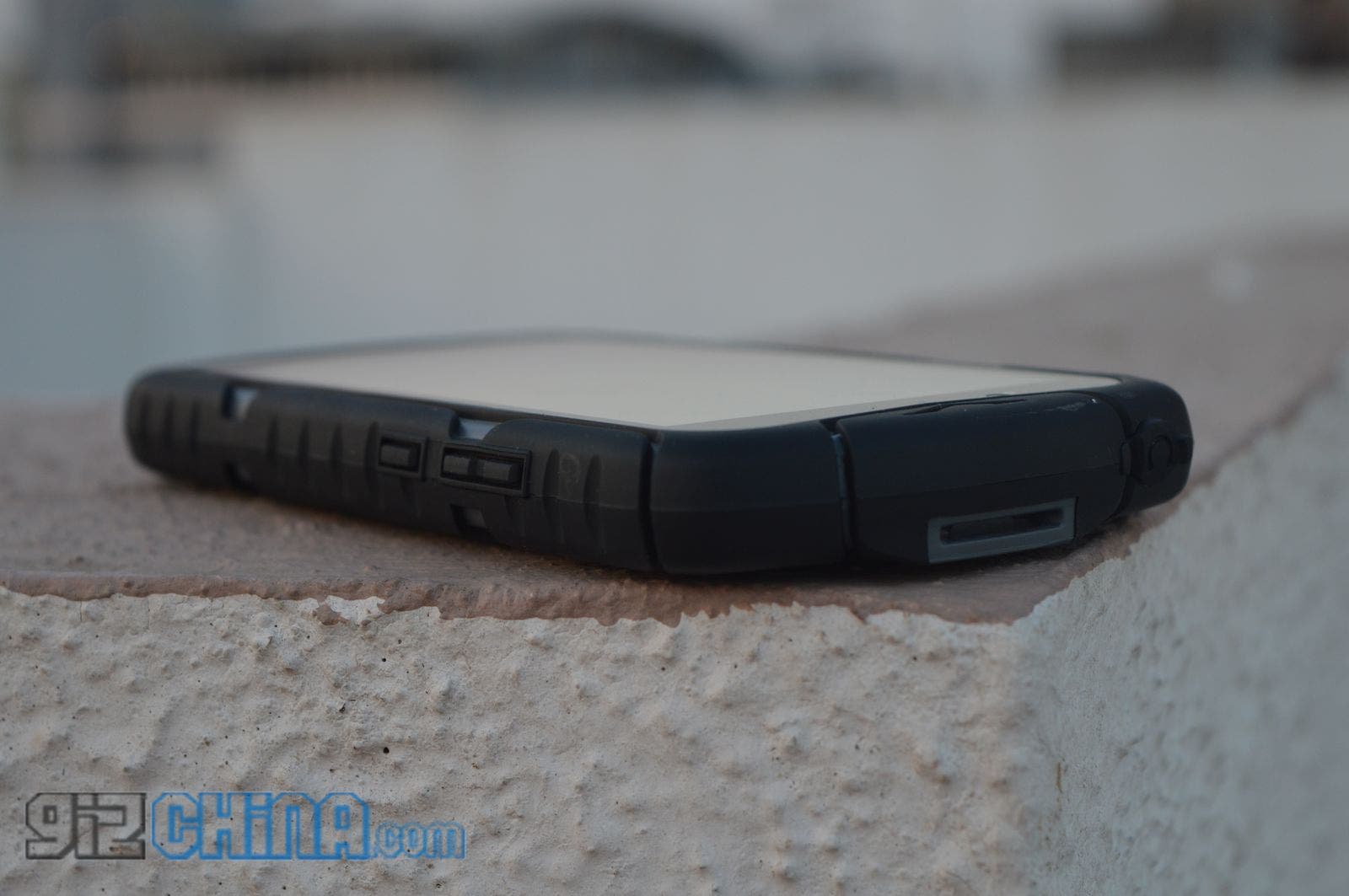 The phone has two ports — a 3.5 mm audio jack and a micro USB port — both of which are (should be, rather) covered by rubber tabs to maintain the waterproof nature of the phone. 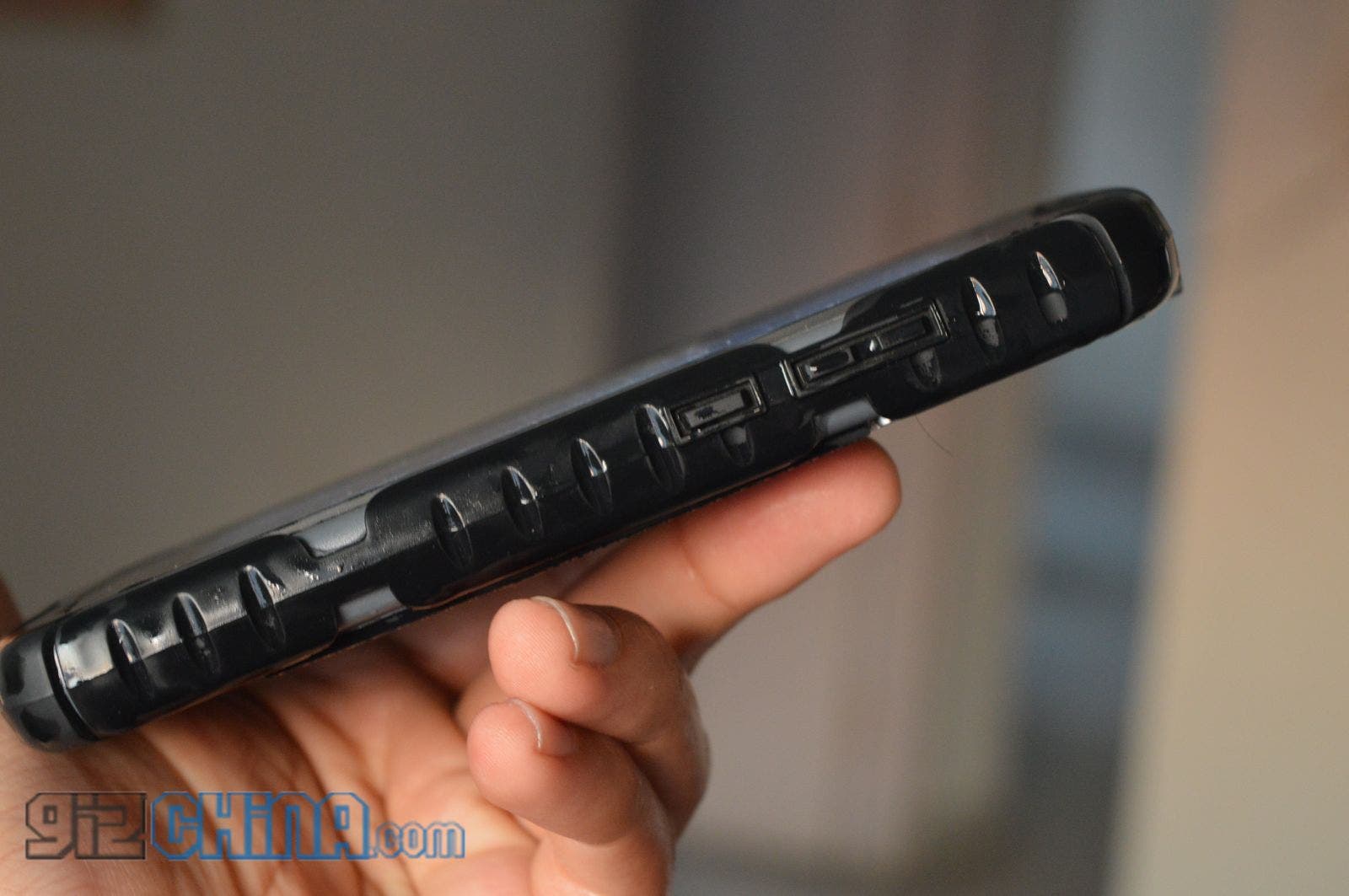 On the whole, the device has a rather cool Transformers sort of a look to it, something which is accentuated on the Yellow color variant of the No.1 X1 smartphone. Mind you, it’s also quite hefty, something that you expect from any rugged phone; but the No.1 X1 isn’t the everyday IP68 phone, with its 5-inch screen. 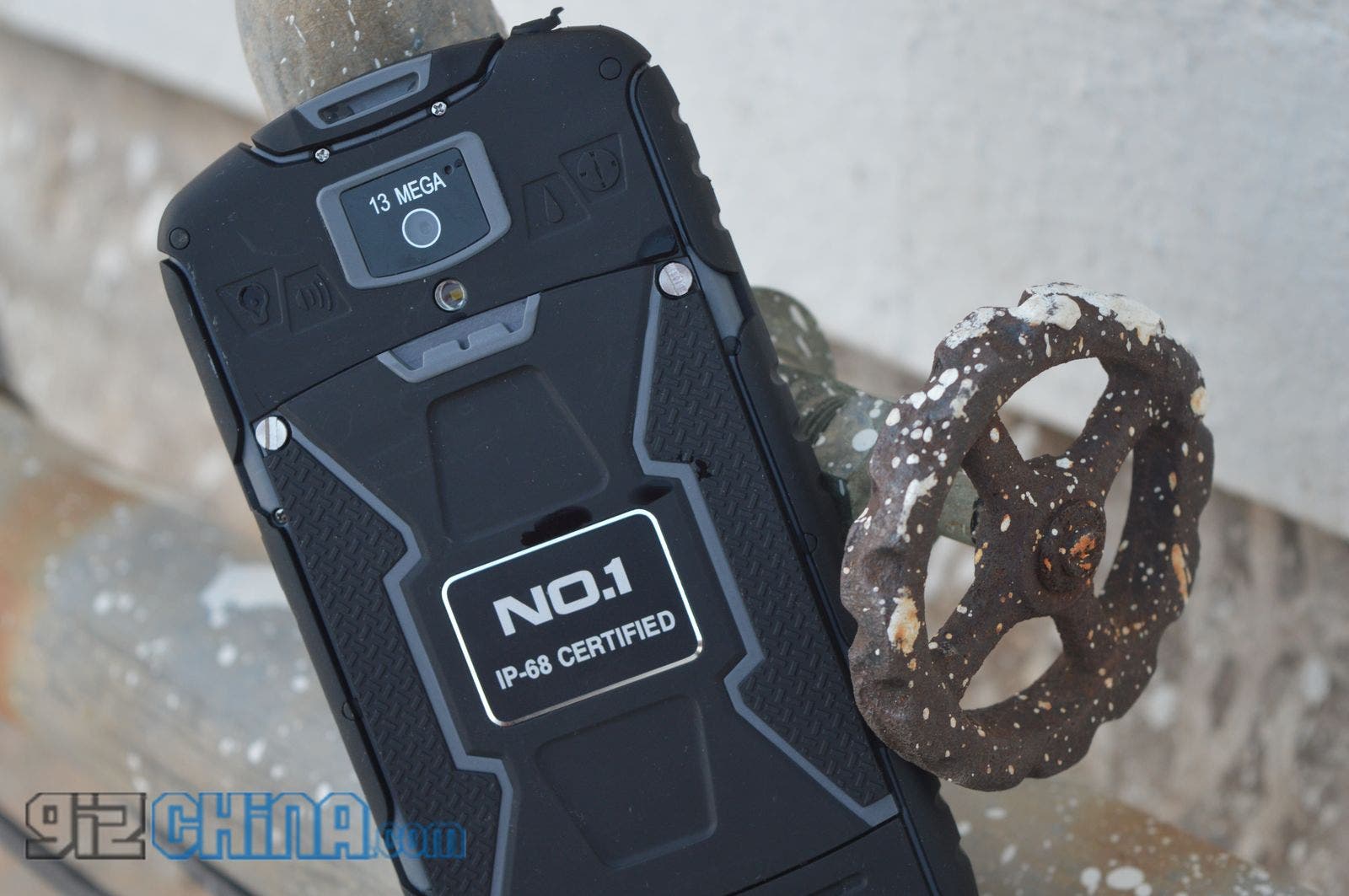 Performance wise, the device is up to what you would want on a phone such as the X1. Thanks to the proven horse that the MT6582 is, the X1 handles applications without much of a problem… but then you need to know what you’re going to do with the phone. If you expect the X1 to be your daily portable game console, then you’re going to be reeling in grief because that’s totally not what the X1 is made for. Also there’s 1GB of RAM (notice how I don’t say ‘just 1GB of RAM’), which is more or less enough to take care of whatever you’re going to use the phone for in extreme conditions. In a nutshell, the phone’s performance is justified, considering what it is meant to do anyway. A surprise on the No.1 X1 comes in form of the camera. We’ve tested other rugged phones before, and the cameras on them certainly didn’t impress us. But perhaps for the first time, the No.1 X1 has managed to pull off the feat. It isn’t a groundbreaking camera or anything, but instead something that you’ll happily take on an IP68 phone. There is however ‘smudging’ on the right edge of a lot of photographs (is it the lens?), which looks to me like a hardware fault.

Take a look at some samples below and judge for yourself. 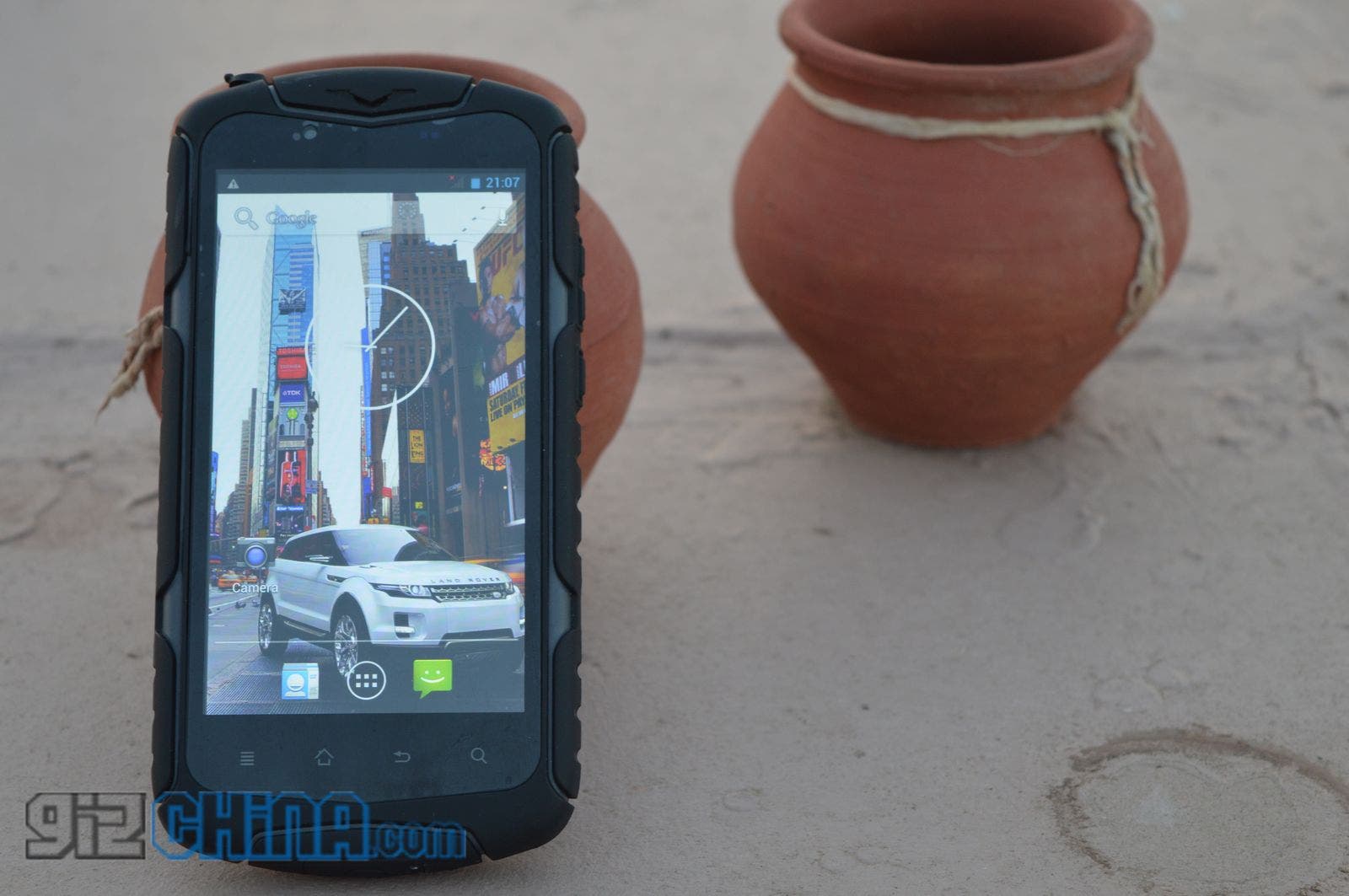 Thanks to the (insanely?) large 5800mAh battery, the device performs exceedingly well with regards to usage time. During our tests, the phone was subject to urban cell networks, which also meant that the device didn’t have to do much looking around for stronger networks… which in turn results in a lower battery drain. Considering what the phone is meant for, the battery drain will be greater, but still enough for more than a couple of days of usage, given you don’t use the device for gaming and the likes. 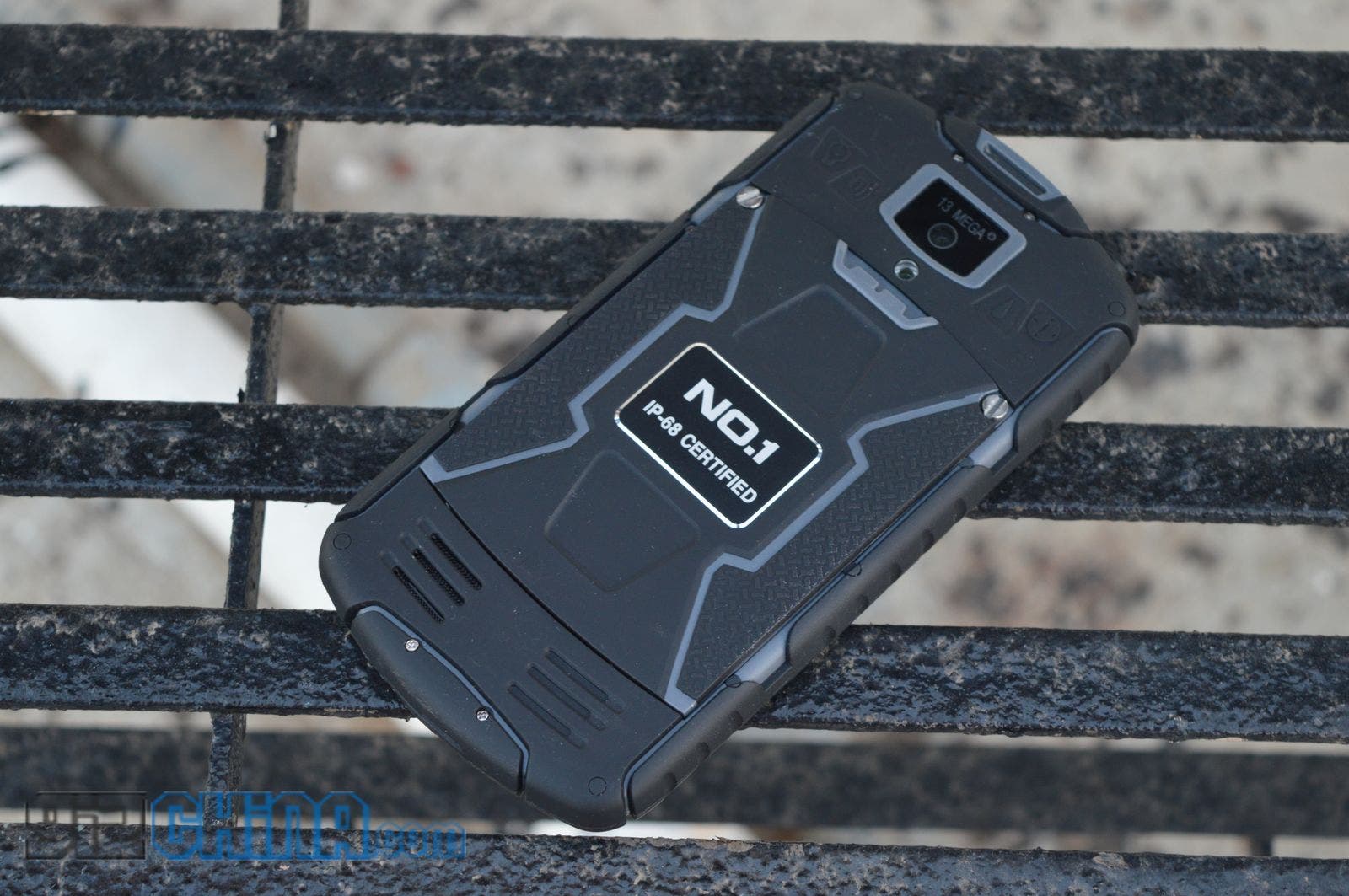 The No.1 X1 is a well put together phone that caters to an altogether new market. Like I’ve said before, rugged phones have been around since forever, but the No.1 X-Men X1 tries to take them to an all new level.

What’s also good is the fact that the phone comes with a better than average camera (for a phone of its class) which certainly leaves a good taste. A 5800mAh battery means you can go through days of usage without worrying much… that combined with the form factor of the phone, is something that should fit the bill for most rugged phone seekers.

The phone costs around the US$170 mark at the time of writing the review, and can be had from shops such as CooliCool. You can also find more info about No.1 and the No.1 X-Men X1 at the official No.1 website.

Previous Yu takes a dig at Mi, teases Lollipop update for the Yureka

Next Flyme 5.0 based on Android Lollipop screenshot leaked