Vivo leaks are coming in thick and fast, with the latest seemingly pointing at a second generation Vivo Xshot model coming in May.

GizChina usual’s will know that I fell in love with the Vivo Xshot when it released last year. Not only is it still one of the best camera-centric phones on the market, but it is a great size, has blazing performance and is made to live through some serious abuse!

A second generation Xshot really does put chills down my spine, and is certainly going to be a phone that I will pick up without hesitation, especially after learning about some of the new camera hardware the phone will pack. 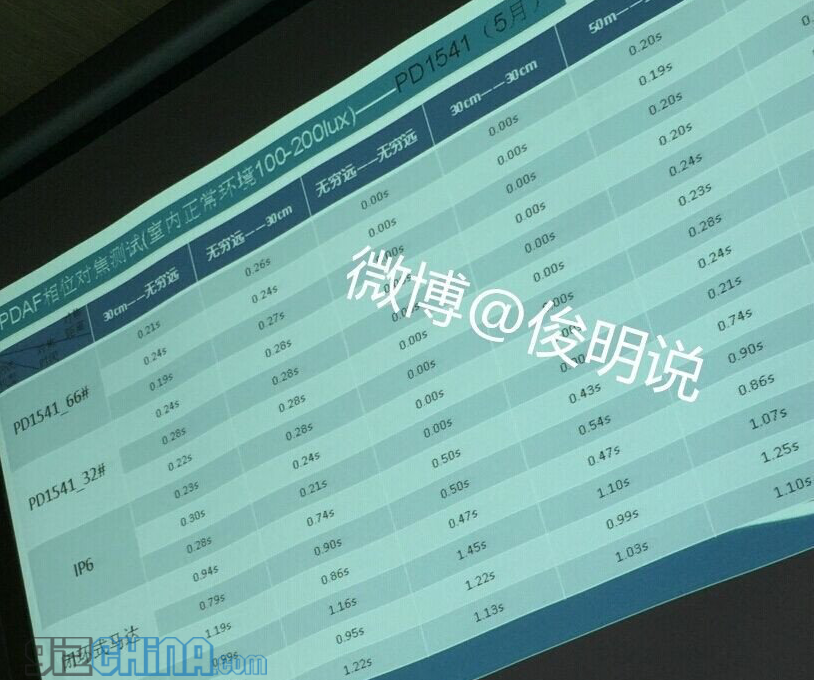 The above slide from a internal Vivo meeting might not look like much on the surface, but it actually shows the focussing speed of 2 new Vivo phones compared to the iPhone 6 (IP6). As you can see in the table the iPhone manages a focus speed of 0.28 while the new Vivo is as fast as 0.19 seconds!

It is believed that Vivo will be the 3rd manufacturer, the first in China, to use the same phase detection autofocus technology as Apple and Samsung. This method of focus is more commonly seen on DSLR cameras using the light entering the lens of the camera to determine which object should be in focus.

On it’s own this faster autofocus would be enough to have serious camera centric phone fans consider the upgrade, but it is also believed the new Xshot will get a 20 mega-pixel rear sensor too.

The rest of the hardware is still under wraps, but if the May launch date is accurate then we don’t have long to wait for the rest of the details. Keep posted for more Xshot news.

Next DaKele 3 “Sapphire Screen” phone goes on sale in China