A Singapore IDA certification points to a new Xiaomi Mi4 variant called the Mi4i, a phone that could be connected to this months upcoming India launch.

“i is coming” is the message we have from Xiaomi regarding their launch in India later this month, but what could “i” be? Well we could speculate on a whole bunch of possible smart products, but it looks like the an IDA certification from Singapore has unearthed the answer.

The document above lists a couple of devices which have been approved safe for selling in Singapore. The Xiaomi Redmi 2 is one of those device, while another is the Xiaomi Mi4i. On its own we might just think this could be a spelling error, but a Geekbench benchmark for a device of the same name has also been spotted too. 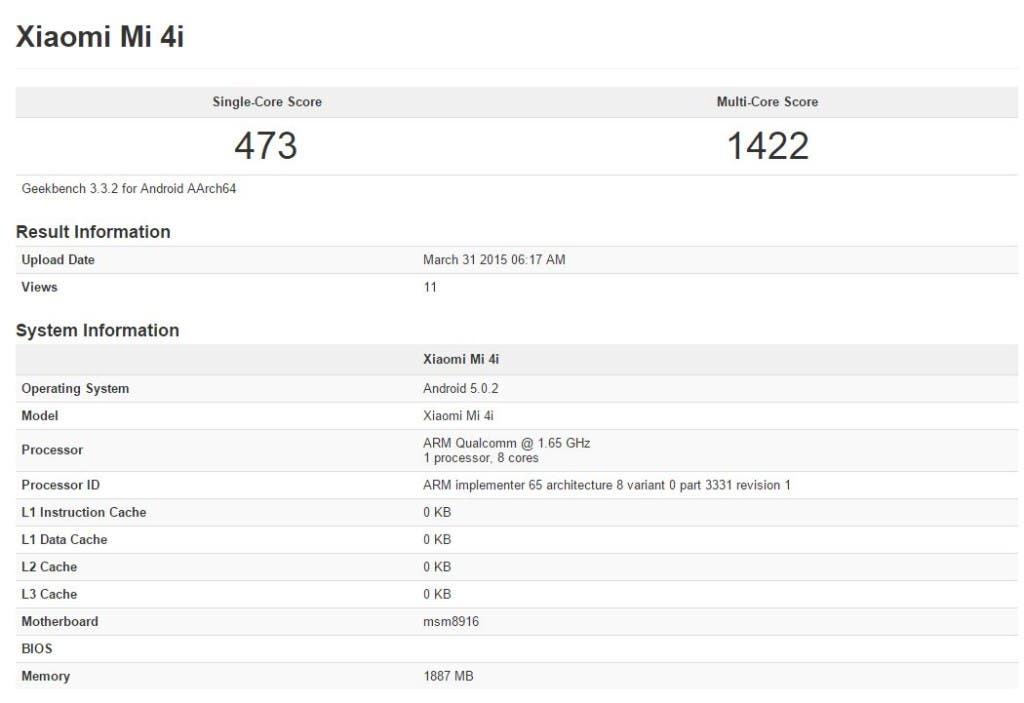 So what is the Xiaomi Mi4i? Well from GeekBench it appears to be be an entry level version of the current Mi4 with a few of the components changed to keep it’s retail cost down to a minimum. The specs seen in the scores here show 2GB RAM and a Snapdragon 615 chipset in the Mi4i good for a multi-core score of 1422.

A lower cost Xiaomi Mi4 variant would certainly be much appreciated in India and other official Xiaomi markets where the current Mi4 is either priced higher than expected or hasn’t been released yet.

Next Bluboo launching X550 and C100 phones in Hong Kong