My first tryst with Chinese tech dates long back, back when I was 13 and my grandpa got me an ‘MP4’ Player. Needless to say, it was Chinese, and it served me well until I decided to hack it with another firmware.

That’s when I realized Chinese tech was what I loved. Since then, I’ve spent countless hours playing with and reading about Chinese devices, and this was long before I even became a part of this wonderful site. During this while, I was introduced to the MP4nation forums (to be honest I didn’t even bother they had a store back then), which was one heck of an active place to discuss Chinese tech.

Not until early 2014 did I buy something from MP4nation, but I’ve been a long time lurker on their forums. This is when they also started making their own hardware under the ‘Nationite’ and ‘Brainwavz’ brands, both of which are quite a hit.

Fast forward to 2015, and we’re reviewing here on GizChina one of the newest Nationite products — the BQ2 Bluetooth Speaker! 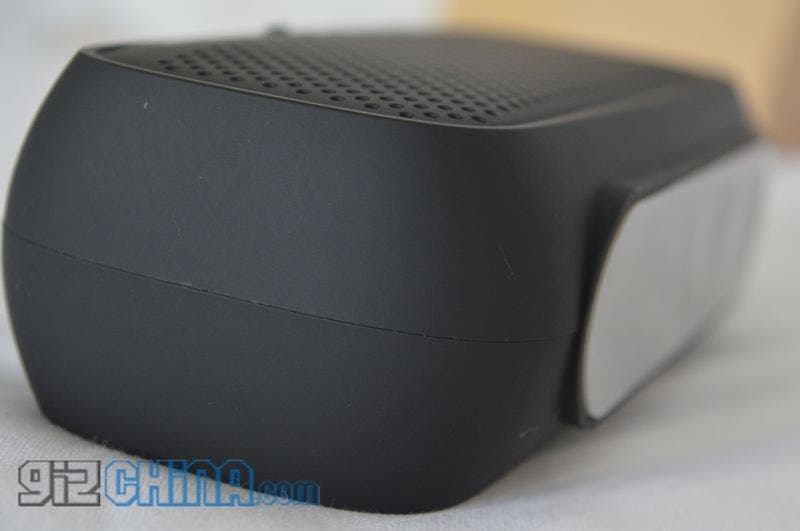 The BQ2 is a successor to the tiny little BQ1 which did quite well in its time. The BQ2 is bigger, beefier and apparently (because I haven’t used the BQ1 myself) better quality. It comes with a couple of ‘regular’ speakers (3W, I imagine) along with a third bass speaker. In addition to that, the BQ2 also features an on-board mic that allows you to take calls without having to fetch your phone to your ear.

Besides playing audio via Bluetooth, the BQ2 also does FM radio, microSD and AUX in, which can be super handy if you don’t want to spend the extra battery that Bluetooth takes.

The BQ2 ships with a user manual, micro USB to USB cable, and a 3.5 mm AUX cable.

The BQ2 is surprisingly well built. For a $26 speaker, you just can’t ask for more — before having used the BQ2, I couldn’t even have asked for this much. That’s how good the product feels… of course, you have to keep in mind that the judgements are based on the price. Instead of feeling like a brittle, plasticky brick, the BQ2 feels like a well made, quality product with a ‘rubbery’ feeling to it.

Nationite has also been light on the branding; the Nationite logo features only once on the top and then there’s a URL pointing to the official website on the rear of the unit. 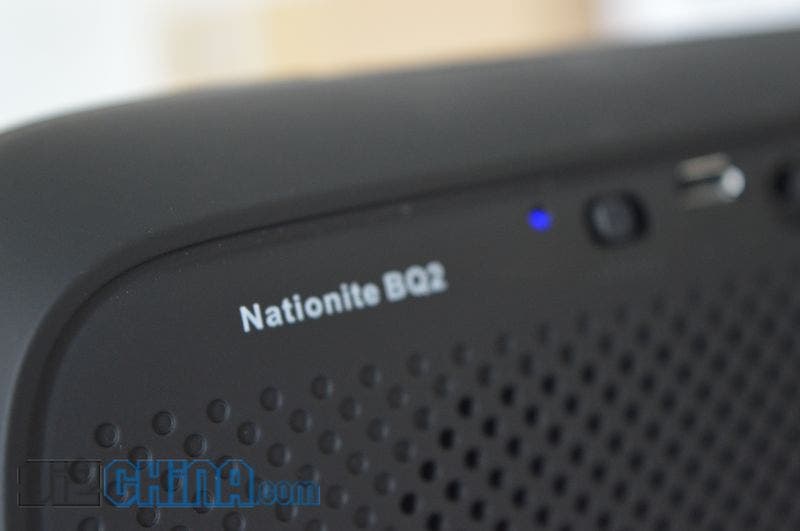 There are just four buttons on the top — Play/Pause, Forward, Backward, and Phone. Pretty self-explanatory, what functions these buttons serve… in addition to that, the forward and backward buttons also double up as volume buttons, while the last — Phone — button also serves as a mode switch. Pressing and holding this switches the speaker between Bluetooth, AUX and FM.

The backside of the speaker makes home for the power on/off switch, which can be easy to miss in the beginning. Apart from that, there’s the mic, a micro USB port for charging, a 3.5mm AUX in port and lastly a microSD slot apart from the star of the show — the bass speaker.

I’ve pretty much given away the fact that I’m a fan of this little device. It really surprised me with not only the volume, but also with the crisp quality of music that it could play. Other portable speakers that I’ve used lack bass, but that’s the last thing you could say about the BQ2.

The trebles are something that could perhaps do with some tuning. Apart from that, it’s really difficult to find a fault with this player! 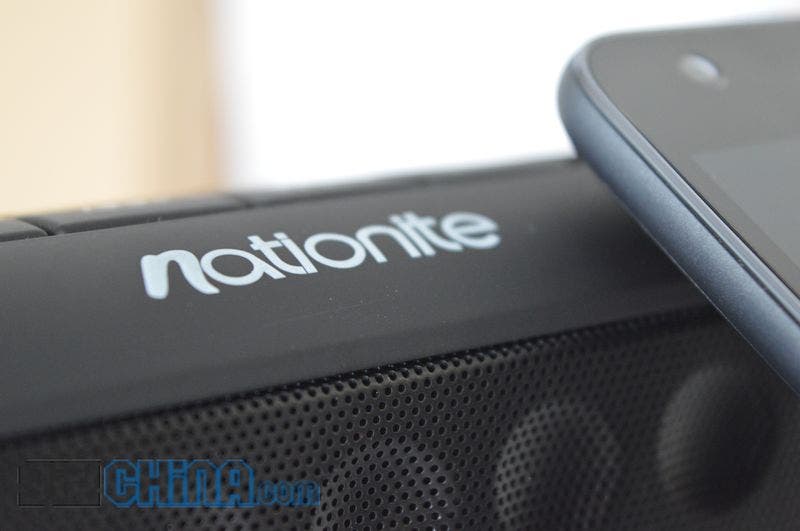 The sound output is loud and nice and bassy, but just enough to make it sound ‘full’ and not flat. As for the best suited genre for the speaker (this part could totally be subjective), I found classic rock did best justice to the device and vice-versa.

As a portable phone mic and speaker, the BQ2 loses out on a point. I used the device while on a call in a closed, quiet room, and yet the other party couldn’t quite make out what I was saying

Battery life on the BQ2 is surprisingly good also… I expected it to hold good for something around 3 hours, but the device has managed to do over 4 hours of playtime more than just once.

Here’s a short little video comparing the sound output of the BQ2 with that from the Siswoo Cooper i7.
[youtube http://www.youtube.com/watch?v=UGwM884z8cM]

This isn’t a section that I planned to add to the review in the beginning, but just thought of letting our readers know about a little glitch that I’ve been facing. The BQ2 paired with a tonne of Android devices here with no problem whatsoever, but there were (and there are) problems pairing the BQ2 with my Windows 7 PC for some reason. A couple of times, despite being paired, there was no audio from the BQ2; it could be me, but certainly something worth noting. 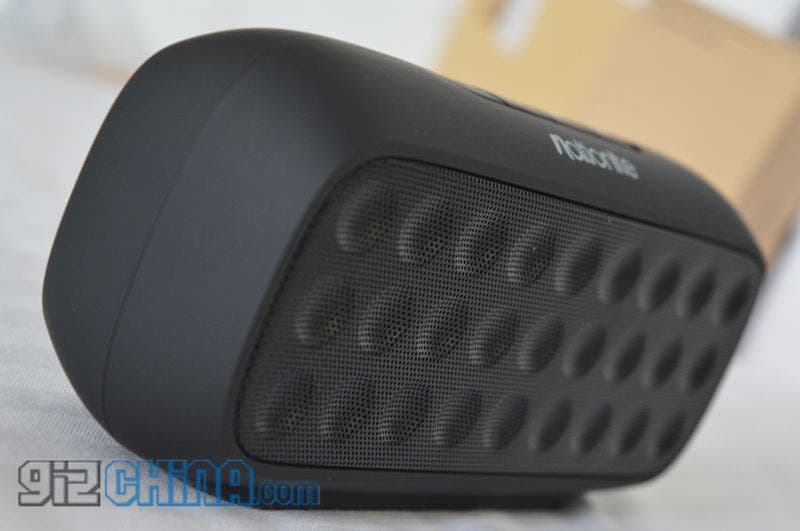 The BQ2 is a brilliant buy if you ask me, but you should probably ignore the fact that it also serves as a microphone. Even with that said, the BQ2 sounds like a wonderful entry-level Bluetooth Speaker with better than entry-level sound!

MP4nation also offer free shipping on the BQ2, so if you don’t lack patience, that is the recommended shipping method — you also get the most bang for your buck this way!

Next Xiaomi will live stream “i Is Coming” event