This year’s 64bit Mediatek processors may have gained them a larger market share, but the next generation of SoC could see them dominate the processor market.

Mediatek’s stellar year has been aided by the release of their 64bit processors and the performance advantage they offer over similar spec Qualcomm chips. Compared to previous years when fans wished brands would opt for a Snapdragon SoC, this year fans are opting for MT6752 processors over SD615, and in the near future higher end Qualcomm chips could also be under threat.

Today, images from a Mediatek sideshow tell us details of the Mediatek MT6797, the worlds first 10 core, tri-cluster processor. 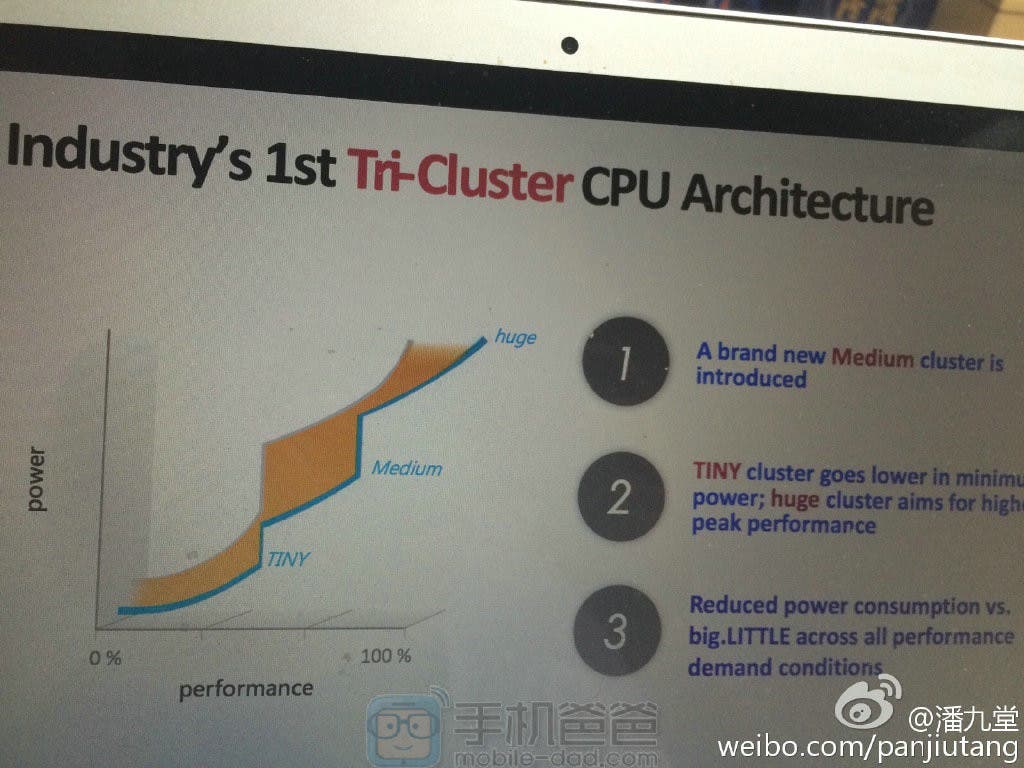 The idea behind 10 core is basically an evolution of big.LITTLE which we see in some chips today, but instead of just the large and small the tri-cluster set up allows for TINY.MEDIUM.HUGE. With each step comes a boost in performance, the lower the step the better that battery performance. 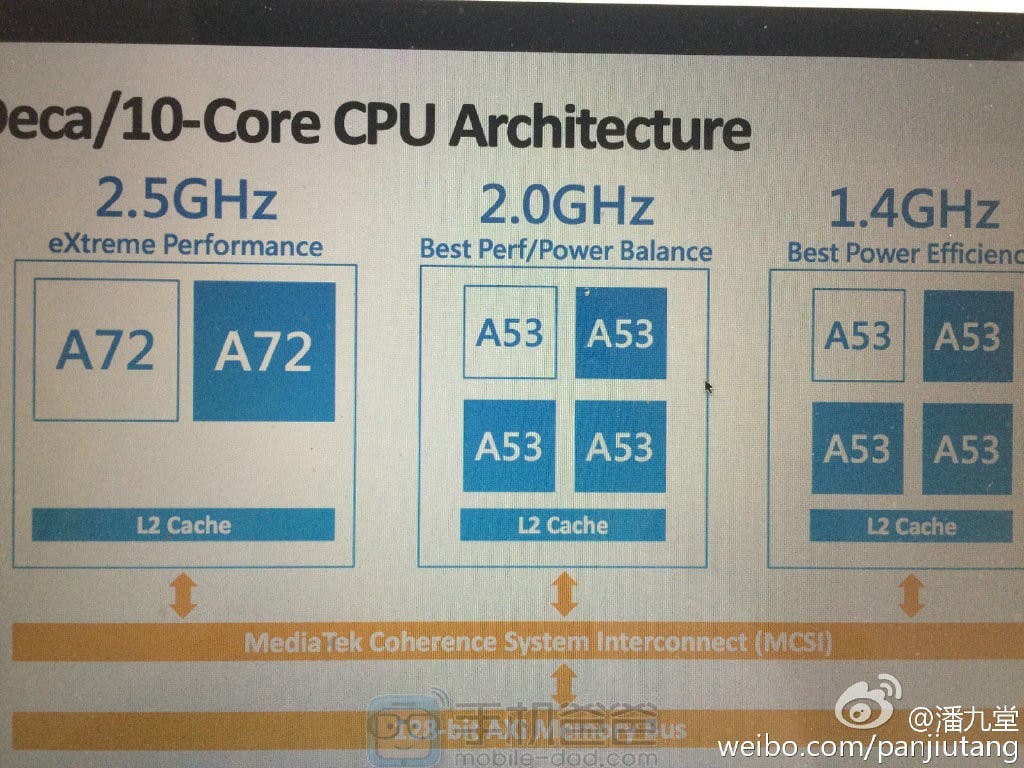 So far we have only seen details of one processor using the new architecture, the MT6797. This chipset will use a Tiny core running on 4 x A53 cores running at 1.4ghz to offer the best power effciency. Opening more tasking applications will bump the system up to its Medium setting where 4 x A53 cores running at 2.0Ghz will take over. For more extreme gaming and processor heavy tasks the Big stage of the chip will kick in running on 2 x A72 cores at 2.5Ghz. 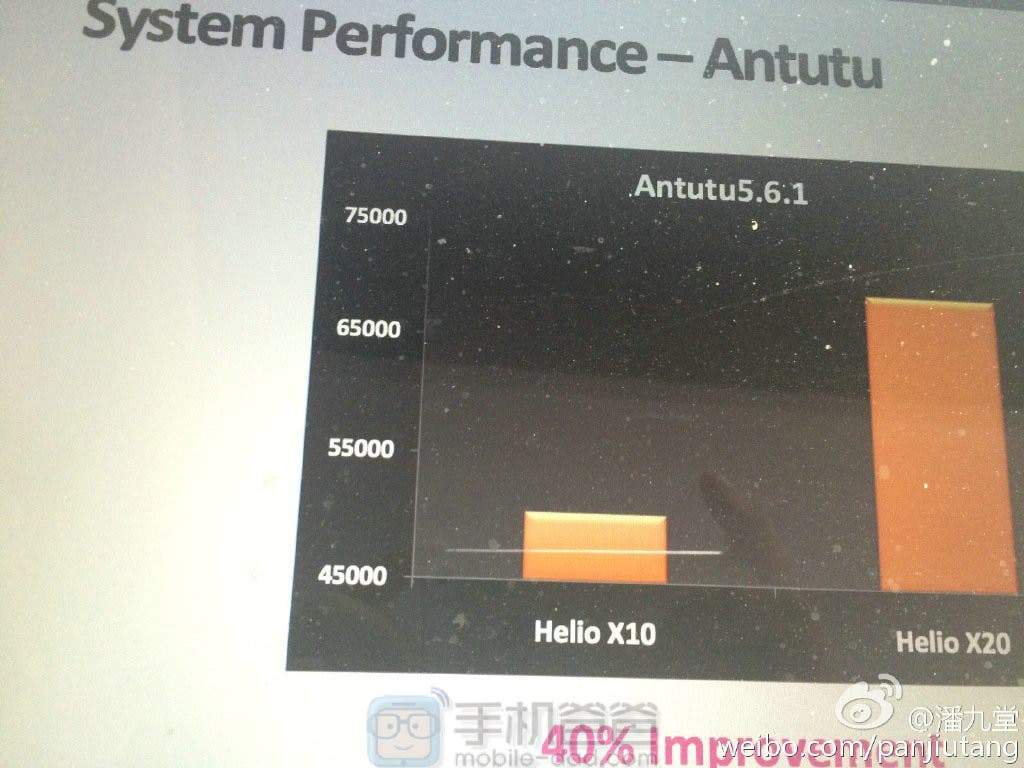 According to the slides the MT6797, aka the Helios 20 will be capable of Antutu benchmarks of over 70,000 points!

Other details of the SoC are still unknown, but the chipset will likely retain LTE support, as well as support for higher resolution displays and next generation camera sensors.

What do you make of this processor evolution? Is this what we have been waiting for or is it all a little overkill?

Next Ulefone confirmed Be Touch will come with Sony IMX214 camera