Oppo aren’t the only company planning a refresh of a current thin phone, Vivo also have an updates variant of the X5 about to launch internationally with amazing front camera.

Vivo China and Vivo International are both teasing the upcoming Vivo X5Pro, and together they are releasing more information about the new thin phone.

So far we have seen teasers point at updated camera features, a long battery life and a curved display, and now there is more. 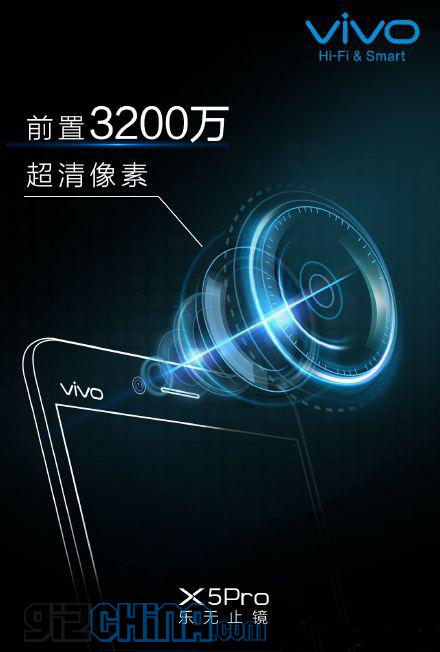 If we take a look at Vivo China today, we see a new teaser focussing on the front camera of the phone. The image claims that the front camera is an impressive 32 mega-pixel shooter! Rather than being a 32mp sensor we believe the camera app will feature a similar HD photo mode to the Oppo N3 to create higher resolution images.

Chinese tipsters have also claimed that the Vivo X5Pro will have a screen between 5.5-6-inch, 3GB RAM, Snapdragon 810 processor and phase detection focus plus retina scanner.

Chinese fans will see the Vivo X5Pro launch in May, around the same time as the Oppo R7.

Previous Oppo R7 confirmed for May