Sources indicate Xiaomi has registered a new patent for Touch Buttons with Fingerprint implementation. This may indicate the upcoming of this technology on Mi5.

For now there is nothing but rumors and speculations about the next flagship of the Xiaomi, the company that became one of the great, getting to take the lead in China, has made all the right way and is always offering attractive products to its customers, while maintaining the technological appeal and the low price.

The Mi4, last year flagship, made a huge success not only in China as also in other markets internationally, carrying good specifications and features. Now it seems that Xiaomi could implement a Fingerprint Sensor on their new devices, probably firstly coming with Mi5. 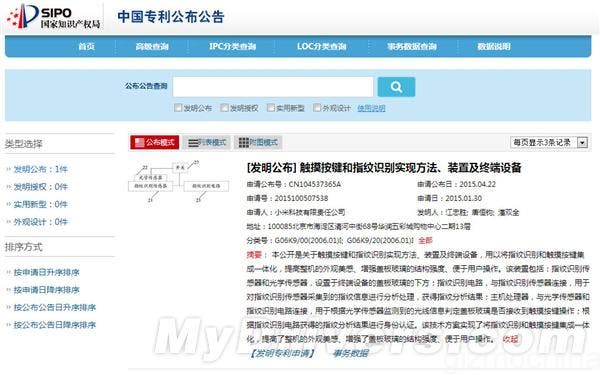 These rumors originates from SIPO (State Intellectual Property Office) website of China where Xiaomi Co. has registered a patent for Touch buttons and fingerprint implementation method. This not only indicates the use of fingerprint in their future devices as well as the use of its own technology. 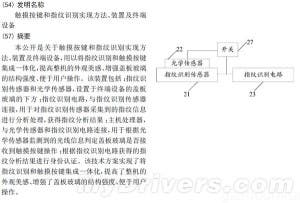 The patent on application (No. 2015100507538) indicates that the main purpose of the patented technology in question, is the integration of a fingerprint sensor in the touch button. It points out that Xiaomi will use a similar implementation to the one present in iPhone 6 and Galaxy S6. Also differentiating the option chosen by many other major Chinese brands with the rear mounted sensor.
Xiaomi probably based its choice in the preferences of many users, and also by the more intuitive use of the sensor on the front, the document also indicates that the sensor/button can have a glass coating. Some details should be uncovered very soon, with the confirmation and mass production of the new technology.
What do you think about the choice of this new technology by Xiaomi? Do you believe this will be a valuable addition to their products, perhaps Mi5? Leave your opinion below.

Next Oppo R7 confirmed for May