DingDing is quite unquiet this month with the announce of many devices , and now we can confirm a list with 6 upcoming cheap devices from them.

While Dingding may sounds familiar in a bells department, still being a very new company, or perhaps not so relevant yet, in smartphones department. The company already has made a show-off for some of their new devices on this month. And now we’re going to list 6 new devices that are going to hit the market very soon.

Their upcoming devices goes to the low-end segment to a mid-end solutions, all going to be very cheap solutions. without further ado let’s go the devices list: 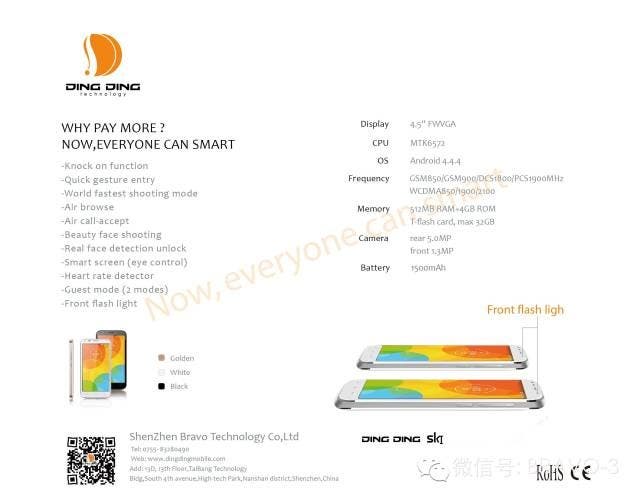 The first of our list come with entry specifications, packing the old MTK6572 1.2Ghz Dual-Core CPU aside few 512MB of Ram and 4GB of Rom. The screen is a 4.5-inches with a FWVGA (854×480) resolution and a 1500mAh battery. With such low end specs there is nothing that actually can make this an attractive device, but the greatest appeal that DingDing expects to generate with Sk1 is given by the presence of a flash LED in the front camera, the Sk1 will turn on the light even on your darkest selfies. The cameras are a 5.0MP Unit on the Back and 1.3MP sensor on the front aside the Flash light. Other features includes the off-screens gestures, a heart rate detector and “World fastest shooting mode”. 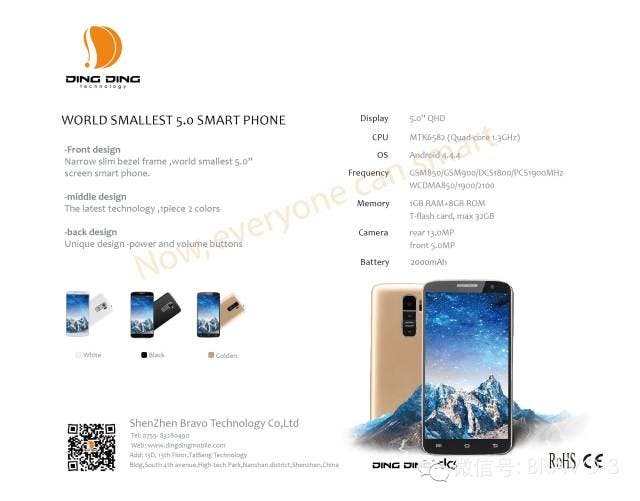 The second on Dingding list has a greater improvement, showing acceptable specs for the considered range. With narrow bezels design and rear mounted buttons the Sk3 get more expression. The phone runs on Quad-Core MTK6582 1.3Ghz with 1GB Ram and 8Gb of Rom Storage on a 5-inch display with qHD (960x540p) resolution and 2000mAh battery. Cameras specs lists a 13MP on the rear and 5MP on the front. 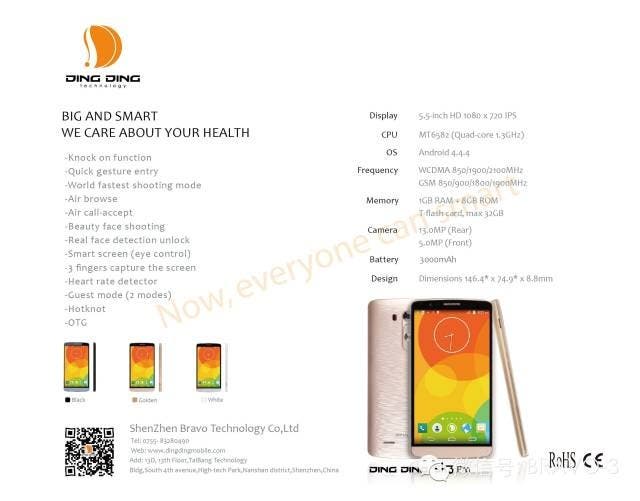 The Sk3 Pro could be considered a revamped version of Sk3 with focus on sports and health. The specs remais unchanged from the Sk3 with only the upgrade of battery for 3000mAh according to specs listing and grow up of the display to a 5.5-inches also increasing the resolution for a 720p unit. The Sk3 Pro also counts with the Heart Rate detector and the addition of Mediatek HotKnot solution. 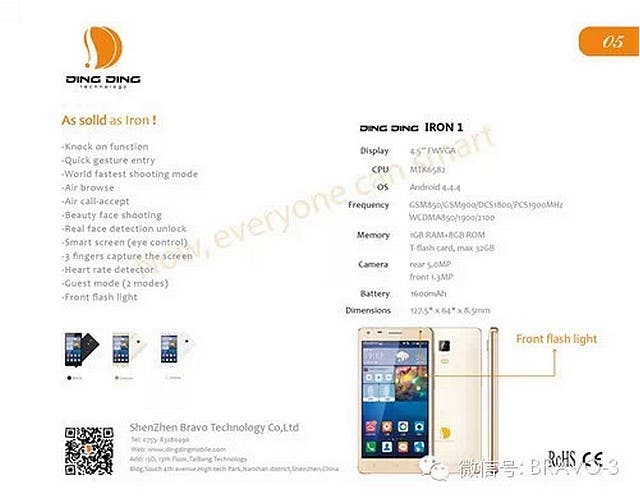 The main purpose of DingDing with Iron series is to offer well built and resistant phones for low value, the first Iron features a MTK6582 1.3 Quad-Core with 1GB Ram and 8GB of Rom in package, a 4.5-inches panel with 854x480p resolution. This one repeats the main feature of Sk1 bringing back the  flash light on the front of device. 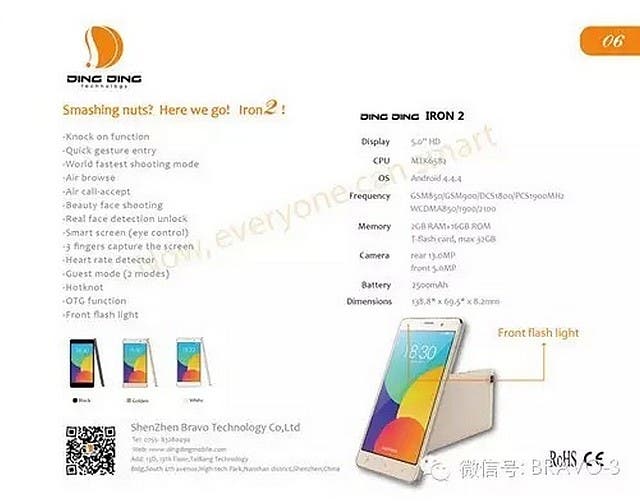 The Iron 2 comes to smash nuts, with a similar proposal to the Umi Hammer, claiming a strong shell and tough screen. The phone this time features more exciting specs, on top the MTK6582 with 2GB Ram and 16GB Rom, the phone also comes with a 5-inch screen with 720p resolution powered by a 2500mAh battery. Also featuring a flashlight on the front camera of 5.0MP and 13MP for the rear. The phones also comes with the HotKnot feature and will be launch in three options of colors. 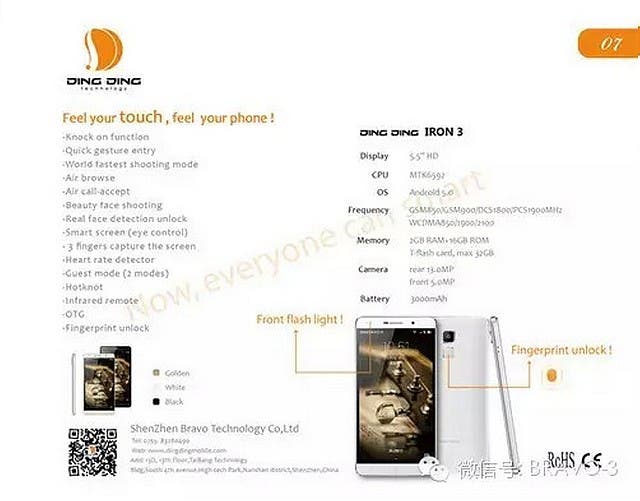 The DingDing Iron 3, should be considered the cheap flagship from the company. The device has the best specs on the list and also a stylish design. The phone runs the power of the MTK6592 1.7Ghz Octa-Core aside 2GB of Ram and 16GB of on board storage, the display of 5.5-inches runs the resolution of 720p. The phone also comes with a frontal flash light for the 5.0MP camera. Other features include the heart rate detector, the HotKnot feature and the implementation of a Fingerprint Sensor on the back. The phone also claims to ship with Android 5.0 Lollipop out the box!

While the upcoming devices of DingDing may not seems the better options for the current date with the LTE 64-Bit SoCs dominating the market, some of devices in list remain decent for the less exigent users, and we have to say the flash light on the front is going to be good idea for some, even not being the first company to show something like that, would be nice to see if other companies follow those steps too (selfies are one of the most persistent hits of the moment). Everything depends now from the price range choose by the company to retail those devices.

Next What do you think of these purported Xiaomi Mi5 specifications?

Looking for a cheap Mini PC ? CHUWI HeroBox is the answer