Vivo have been teasing their new X5 Pro, and while they have pointed out some features in official teasers they have also let slip details in comments too.

Comments from Vivo on their Facebook page have confirmed a launch for the phone in countries outside of China, that the Vivo X5 Pro will be a thin phone, and that it will have a long battery life.

Teasers have confirmed some of those aspects with details of a 3500mAh battery. We have also learned the phone will have a Snapdragon 615 processor, and Android Lollipop.

Today Vivo confirmed that the X5Pro will in fact have a 32 mega-pixel front camera, and that the camera will be set up to take 5 photos together and create the best selfie possible.

Over on Vivo’s China sns, an image hints at an retina scanning security feature which could be called Eye ID. The idea being that the front camera will also double up as a retina scanner for fast and secure locking and unlocking of the device. 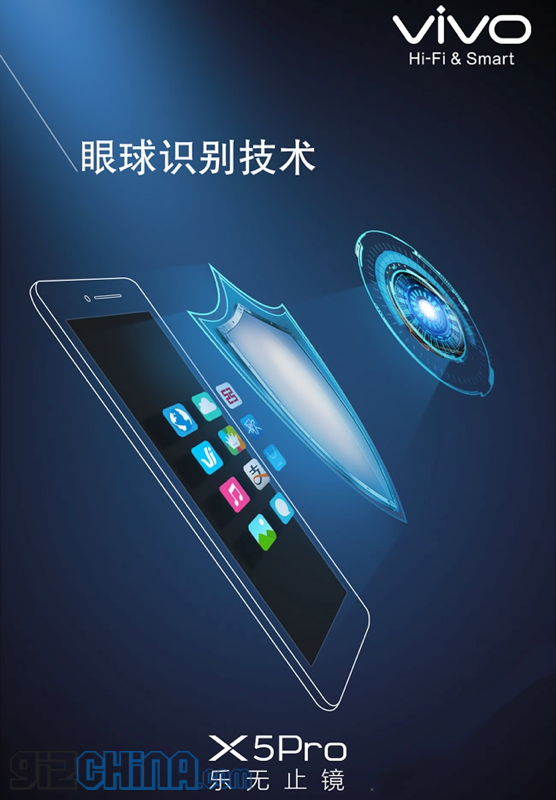 Vivo will release the X5Pro in China in May, while other markets can expect the phone between May and July.

Next iOcean begins pre-sale of the iOcean X9