It’s been a little over a year since OnePlus showed off their first and only phone, the One. What does this mean? This means that it is time for the new iteration — something we believed (up until now) would be called the OnePlus Two.

What’s in a name, anyway. What matters is what sits inside the phone; and in this case, what we’re seeing might make you happy. Leaked benchmarks of a new OnePlus phone (OnePlus ONE A2001 according to the listing) have appeared. And guess what, if the listing is right, the phone will have the Qualcomm Snapdragon 810 processor!

The phone will continue to have 3GB of RAM (I believe that is enough for about a year). The listing was recorded in the Geekbench database May 20th, so we’re certain this is fresh news. Unfortunately, nothing apart from the processor (MSM8994) and RAM (3GB) is listed by the leak.

Nothing to worry, however. The One was quite a phone for its time, and we assume so will be the case with the next OnePlus device (whatever it be called; OnePlus One 2015, perhaps?).

We would assume the phone will have something like a 21 mega-pixel Sony camera, a base variant with 32GB storage, maybe even a 2560 x 1440p 2K display. What would you like to/expect to see on OnePlus’ next? Let us know! 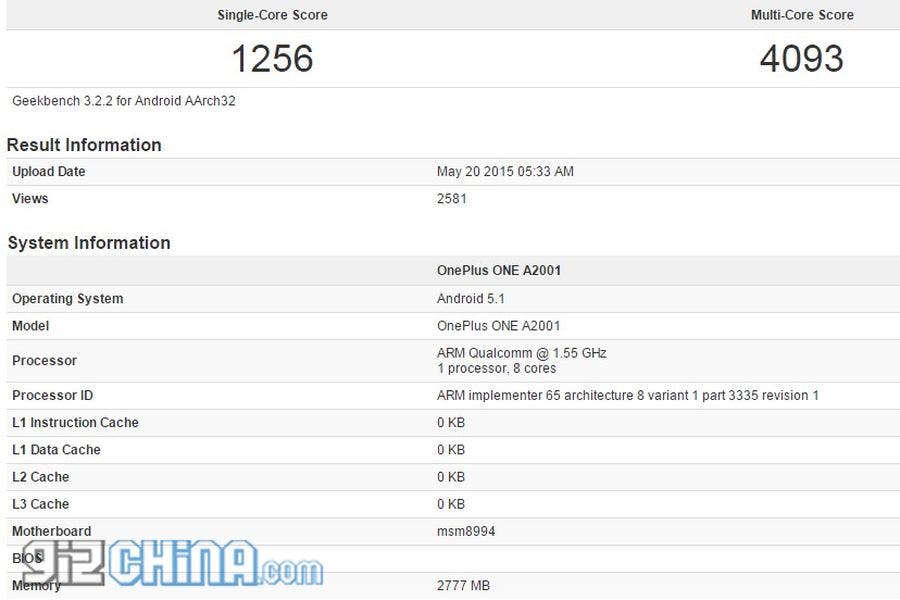