E commerce giant JD.com have once again jumped the gun on the pricing of Meizu’s latest listing the M2 note at 1299 Yuan.

In just a day Meizu will be announcing the release of a new device in Beijing, a device many believe will be a next generation Meizu Meilan note, or in English the Meizu m2 note.

If accurate the m2 note will be the second generation note model from Meizu in only 6 months. The current m1 note costs from just 1168 Yuan on JD.com, where as the new upcoming phone has already been listed at 1299 Yuan. 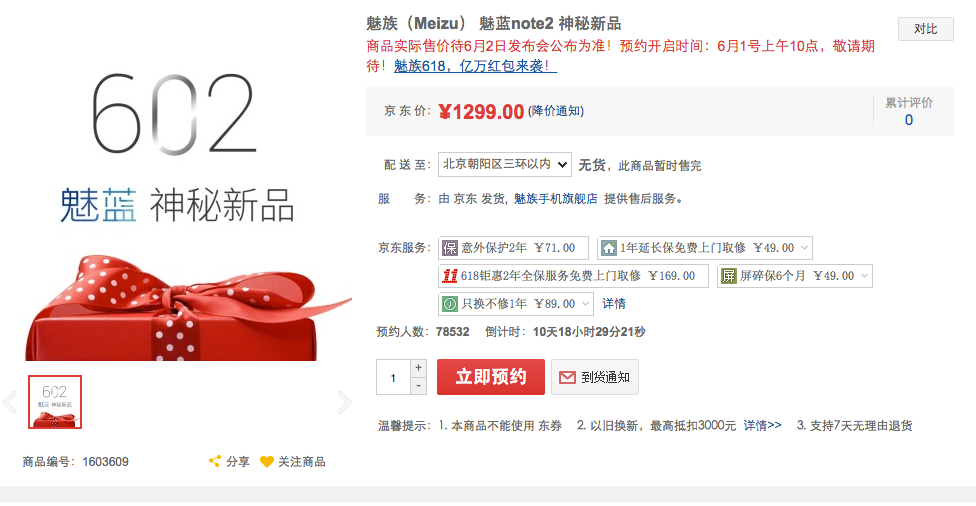 The increase in price may partly be due to the fact the new Meizu has a physical home button, and the fact that some reports state the new Meizu will have a unibody alloy chassis. Other specs are likely to include a Mediatek processor, LTE, 2GB RAM and 5.5-inch 1080 display.

Next Gionee Elife E8 gets its launch date confirmed