Huawei’s new MediaPad T1 (A21L) has a 9.6-inch screen, and is made for people who need access to data on the move.

The 9.6-inch screen has a 1280 x 800 pixel resolution, so it isn’t the most high-res display around, and at the same time, isn’t as low-res as some other entry-level tablets. The device is powered by the Snapdragon 410 64-bit processor (Qualcomm MSM8916) along with 1GB of RAM and 16GB of on-board storage, which can be expanded via microSD.

Completing the specs table on the device is a 5 mega-pixel rear camera, 2 mega-pixel front camera and a 4800mAh battery. Since data on the move is what the tablet offers (and what will also be its selling point), there’s support for LTE on FDD B1/B3/B7/B8/B20 TDD B38/B40 UMTS B1/B2/B5/B8 bands. 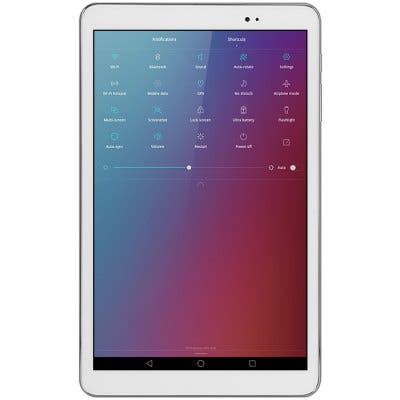 The one thing that will perhaps disappoint you is the fact that it runs only Android 4.4 KitKat (overlaid with Huawei’s EMUI) out of the box. Here’s hoping it gets an update soon, because this does look like an OK device for productivity on the move.

A review sample is on the way to us as we speak, so expect a review in the coming days… meanwhile, you can purchase one for $214 from GearBest, who are also having some other deals going on.

Previous ZTE-backed Axon phone coming to the US 14th July