There was a little confusion yesterday at the launch of the Xiaomi Redmi Note 2 as to if this killer phone supports micro SD or not. We already spoke to Xiaomi and confirmed it does, but here is a little more evidence.

As you can see (below) the Xiaomi Redmi Note 2 boasts dual 4G LTE, a removable 3060mAh battery (an features we are seeing less and less of these days) and there is room for a micro SD card. You can also see that Xiaomi haven’t used a SIM tray forcing to use either dual SIM or a single SIM and micro SD, but instead have 3 separate places under the rear cover. We can also confirm that SD cards of up to 32GB only are supported. 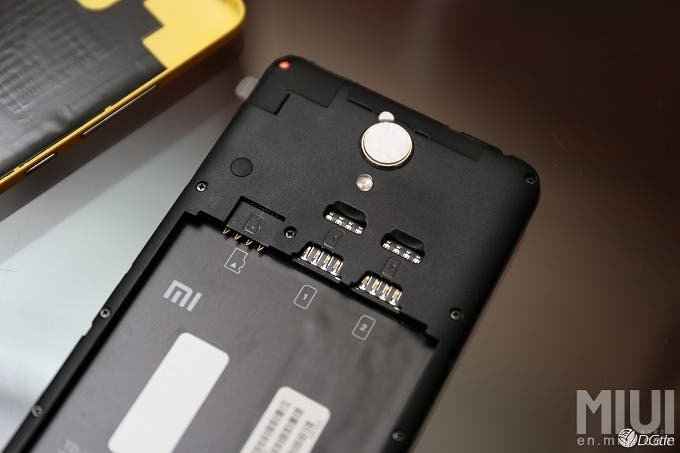 Xiaomi will first release the Xiaomi Redmi Note 2 in China on the 16th of August, international customers can by the phone through shop.gizchina.com for $169.99.

Next Geekbuying has the Redmi Note 2 on pre-order too!