The Moto X Force ask “Bounce” is one of the new generation of rugged phones, one which has all the durability of a rubberised brick but non of the ugly slab faced looks. The phone is alleged to launch in December, but Chinese tipster @upleaks has already managed to get hold of renders and spill the beans.

According to the leaks the Moto X Force “Bounce” will be one touch cookie in both build and performance. The phone will apparently boast a 5.43-inch 2K display, 3GB AM, 64GB internal memory, Snapdragon 810, 3760mAh battery, and 21 mega-pixel main camera. 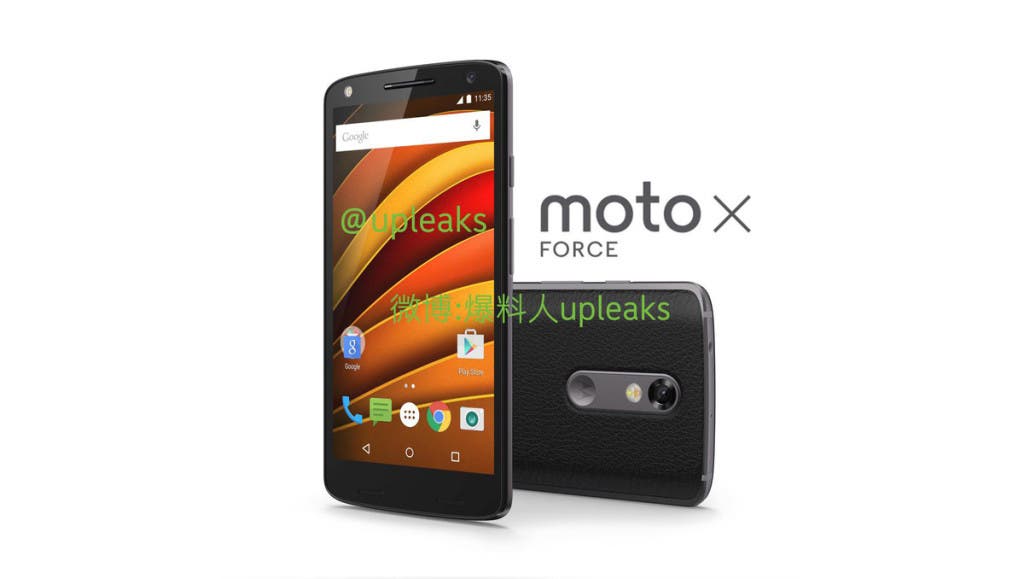 Renders show the phone in black and white with the traditional “Moto” look. While an official launch is still months away, there might be a chance we get to see the phone at IFA later this week.