Are you ready for more benchmarks? Today we’ve got a early look in the punctuation reached by the unreleased Snapdragon 820, and the result is impressive.

The high scores achieved by the chipset, give us a good taste about the overall performance that could be reached by the handsets equipped with this SoC. The test was made with a device called Green Orange X1 Pro, that get leaked at Weibo. The device packs a impressive set of specifications, as of course the Snapdragon 820, with 4GB of RAM, 64GB of internal storage, and a main rear camera of 16MP.

Although we don’t have any clue about the size of the phone, it has a standard resolution of 1980x1080p, from this we can justify such a high score achieved by the handset. Theoretically, a device with a higher resolution would achieve a smaller score, since the additional pixels would require more work of the SoC and GPU. 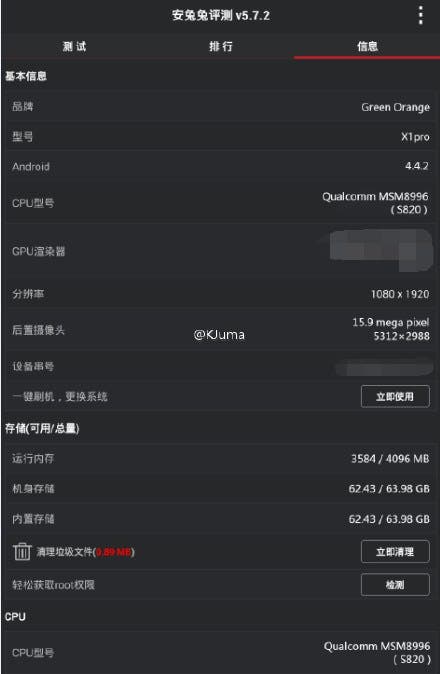 The test also was performed with the device running Android Kitkat 4.4.2, that despite being lighter than the current Android version, Lollipop, does not make an absolute use of what the chipset can offer since it is a processor based on 64-bit that is fully supported from 5.0. 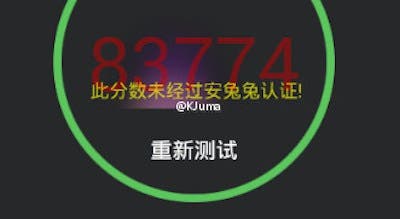 2015 will surely be a year that Qualcomm wants to forget. The Snapdragon 810 was an assumed failure, virtually all devices that use it have a flaw with performance and heating here or there, in the medium or long term. So the company lost ground for competition against the likes of MediaTek. The first Snapdragon 820 phones are expected towards the end of this year or early 2016, with the promise to make the Qualcomm’s top offerings cool again, to compete with other very good upcoming SoCs, as the Mediatek Helio X20 and Huawei Kirin 950.