Meizu’s either trying very hard to be in the news all the time, or they have a killer product in the pipeline. That rhymed, but more importantly, we’ve gotten a sneak peek at what could be Meizu’s first 10-core phone with force touch.

After ZTE Axon Mini and the Huawei Mate S (and probably the next iPhone), the MX5 Pro could be the Meizu’s first force touch enabled phone. And this could very well come alongside the ‘NUIX’ phone that leaked recently with a Samsung Exynos 7420 processor, aka the chip that powers the Galaxy S6.

Information about this new model comes from nowhere else but AnTuTu, where the phone allegedly scores more than 70,000 points. Other info that the database leak confirms:

The screenshot does say that the CPU has 8 cores, but according to the source that’s because of a bug on the app which doesn’t identify the 2x Cortex A72 cores besides the two clusters of 4x A53 cores. 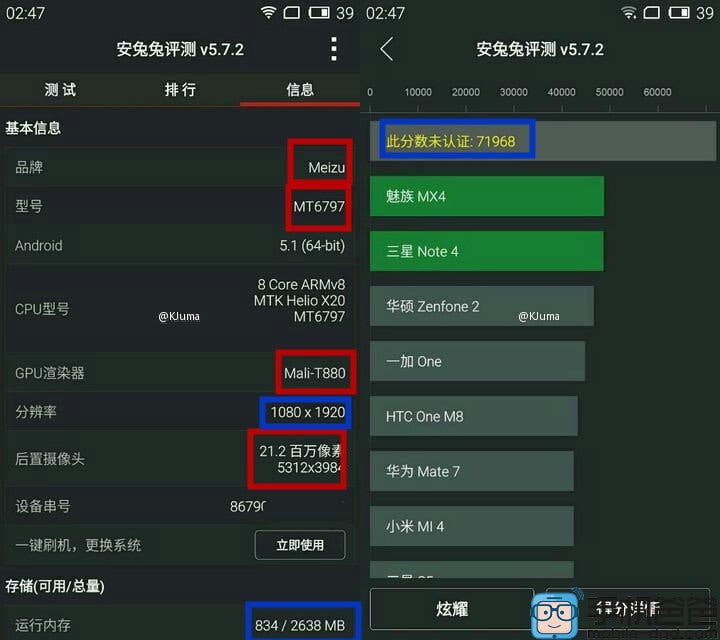 MediaTek have impressed one and all with the new range of chipsets this year. Do you think Meizu needs an Exynos 7420 model besides this one? Considering this is real, that is…