You get to see a lot of interesting gadgets in China, but you probably wouldn’t have seen a flying car coming.

A new ‘airphibious’ — i.e., a car that can travel in the air as well as on the ground — has been developed in China. It weighs 100kg and has four propellers that can stick out from the sides. It doesn’t just roll and pitch, it can also yaw, i.e., rotate around its own axis in mid-air.

In China, they call it “Sai Ling” which translates to “swift gazelle” in English. Aviation Industry Corporation of China (AVIC) take credit for development of this vehicle, which was exhibited at the Third China Helicopter Exposition in organized in Tianjin. 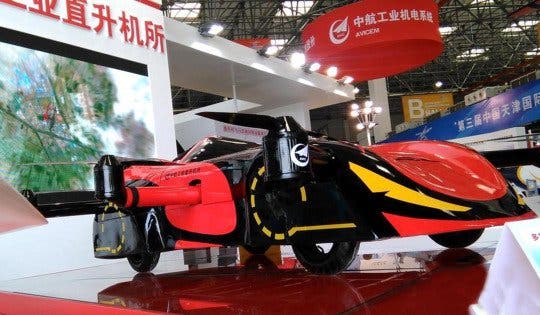 Unlike a plane, the Sai Ling doesn’t require a runway to take off; it can take off — and land, for that matter — vertically.

Take a look at a quick video of this ‘flying car’ in action:

The Chinese military seem interested in using the car to execute their patrol activities, and if sources are to be believed, have already cut a deal for it.

Next DJI announces interchangeable-lens cameras for the Inspire 1

AZDOME GS65H: A Dash Cam for Uber Drivers to Protect Themselves?