The Oukitel K4000 has proven nothing but impressive in its first two endurance tests. It outlasted the iPhone 6 and iPhone 6 Plus, and was used to hammer nails into wood without a scratch or screen crack in the second endurance test. After using the K4000 to hammer nails, the demonstrator sat down the phone and started playing Lady Gaga.

The third endurance test with the Oukitel K4000 is another durability test in which the device proves invincible. What’s the test? Surviving a power drill. In the Oukitel K4000’s latest video, the K4000 is laid flat on a surface while someone drills a power drill into the display. After 4 minutes and 16 seconds or so, the display goes black (which plays music up until that time). Around 5 minutes and 29 seconds, the Oukitel K4000 starts to “smoke” from the display, and a small ring of fire appears on the video. At 6 minutes and 12 seconds, the device has been thoroughly drilled through (there’s a hole that stretches from the front of the display through the back of the phone), but the driller takes out the battery (which also has a drilled hole through its back), replaces the battery, and continues playing the phone’s music list. 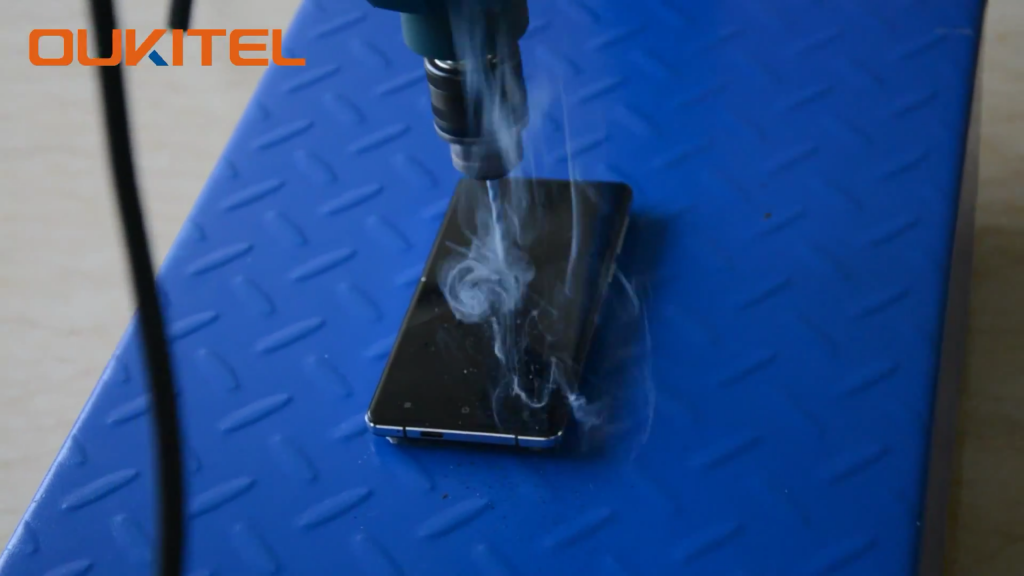 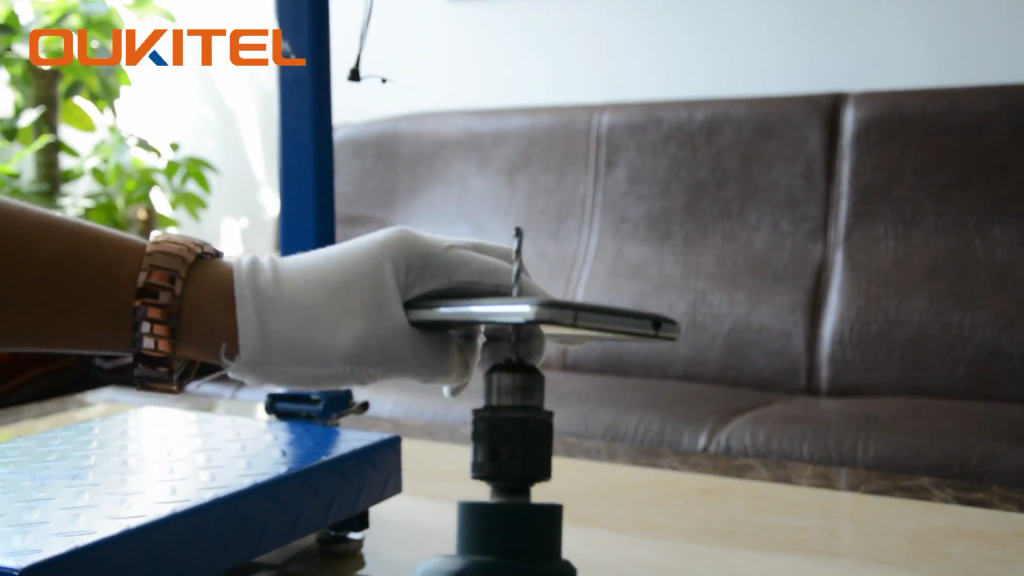 As can be seen in the video above, the K4000 is one of the most durable smartphones on the market. No matter what durability test is designed to kill it, the K4000 just won’t die. Additionally, the Oukitel K4000’s $119.99 price tag is icing on the cake.

What do you think of the Oukitel K4000 after seeing its last three endurance tests?

Previous Top 25 Chinese phones you can buy for $150