Elephone continue to launch phone after phone, but at this moment in time the Elephone P8000 is the top of the ELE fleet. So is it any good? How does it perform? Find out in our full Elephone P8000 review.

The Elephone P8000 was announced shortly (some say too soon) after the final release of their much-anticipated Elephone P7000. I’m not sure we will ever know why Elephone decided to launch such similar phones so close to each other, but could it be that issues with the P7000 forced their hand? If so does the P8000 correct what the P7000 got wrong?

There are aspects of the Elephone P8000 design I like and their are aspects I really dislike. Taking the phone in the hand you can immediately feel that the P8000 is more substantial and better made than the P7000, and (at least from the front and sides) it is more attractive too. 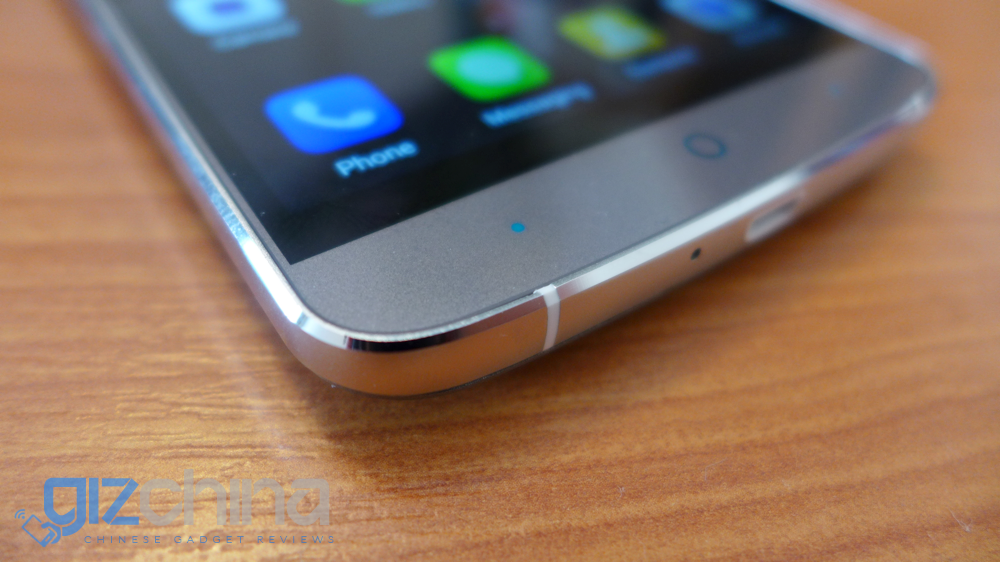 A more substantial build was necessary on the P8000, after the #bendgate issues of the P7000, Elephone needed to prove they can make a better quality phone. The P8000 has a impressive CNC machined metal chassis on to which all the components are built on to. Opening up the backside of the phone reveals more metal too. 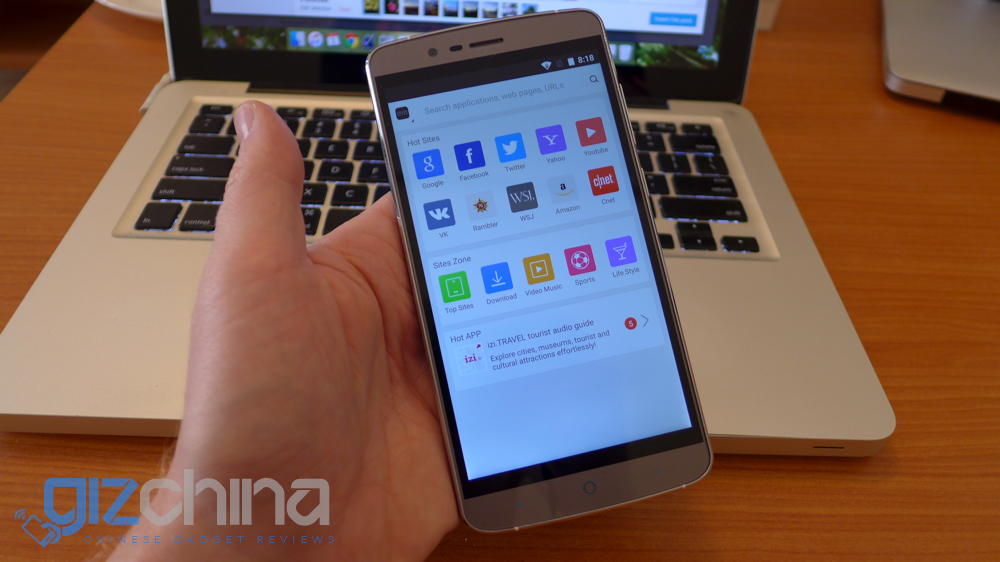 If we head back around to the front of the phone we find a 5.5-inch FHD display, and the first design issue that many people pick up on. Like the P7000 (and many other phones of the year) the P8000 has very thick black borders around the display. The reason is to make the physical bezels looks smaller when the display is off, but turned on you have a few mm either side and around 4mm at the top and bottom of useless space. Some commentors are dead against this train of design, but in all honesty I hard even noticed while actually using the phone. Sure they aren’t pretty, but they don’t really detract from real world usage (at least not for me). 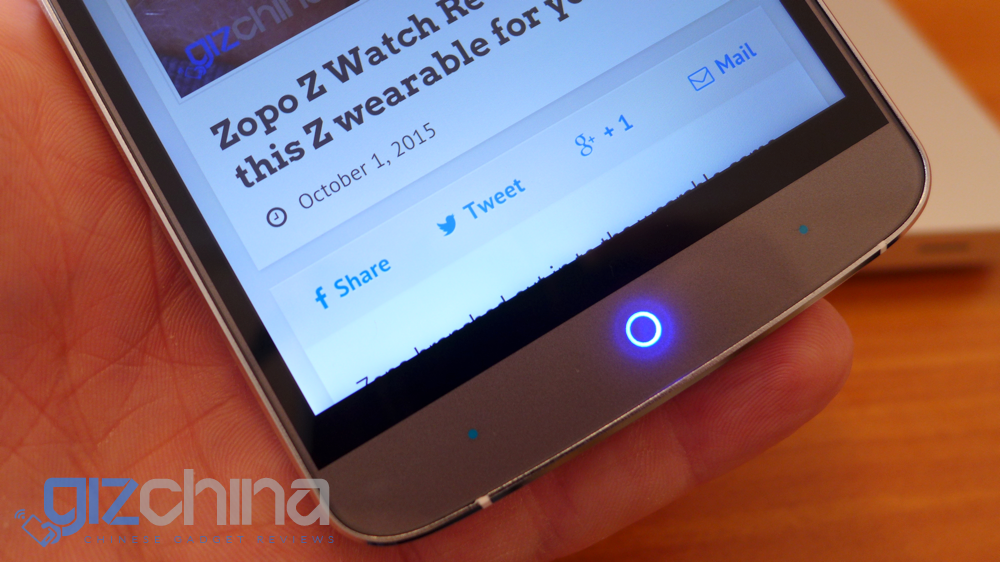 Below the display are a set of capacitive buttons. The center is a ring which lights up when pressed, while the left and right have simple ‘dot’ icons with no rear lighting. 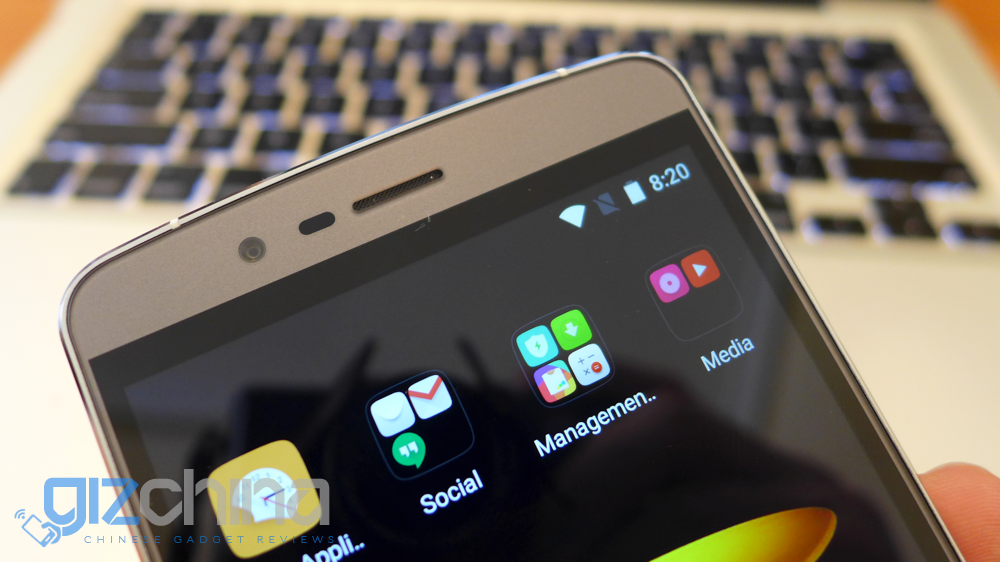 Above the screen is the front facing 5 mega-pixel camera, which sounds impressive but actually performs an average selfie service.

Sticking with the top of the phone the metal chassis has a 3.5mm headphone jack. The entire left side is blank. A standard micro USB in the base, and the right side of the P8000 has a power button and volume rocker. 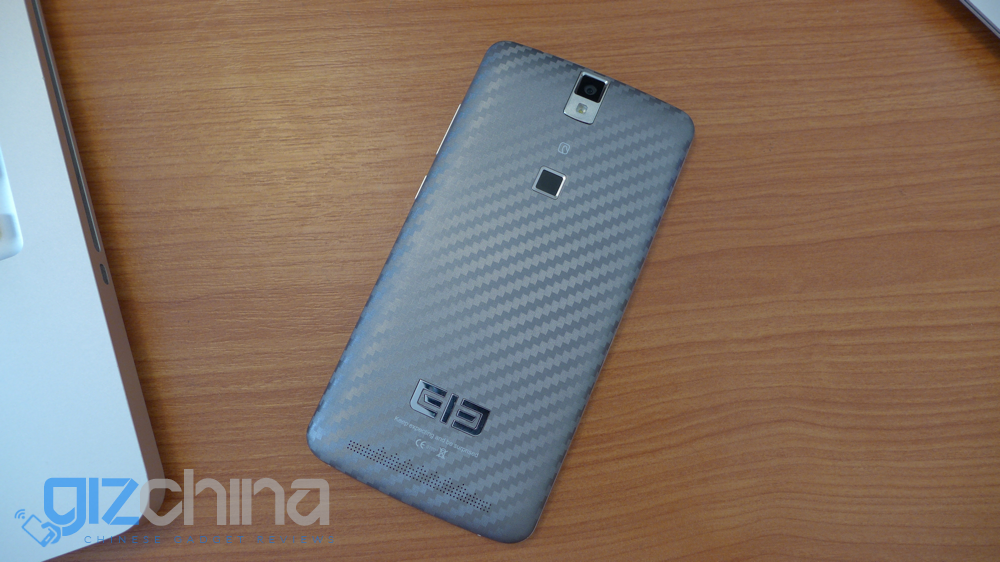 Flip the phone over to take a look at the rear, and the design takes a step for the worse. While the front and sides of the Elephone P8000 look quite good, the back is awkward looking and out of proportion.

The main 13 mega-pixel Samsung sensor and LED flash are located as close to the top of the phone as physically possible, and an inch below that is the smallest fingerprint scanner I have seen on any phone. With such a big bulky phone the camera and fingerprint scanner are both tiny in comparison and look a little odd. 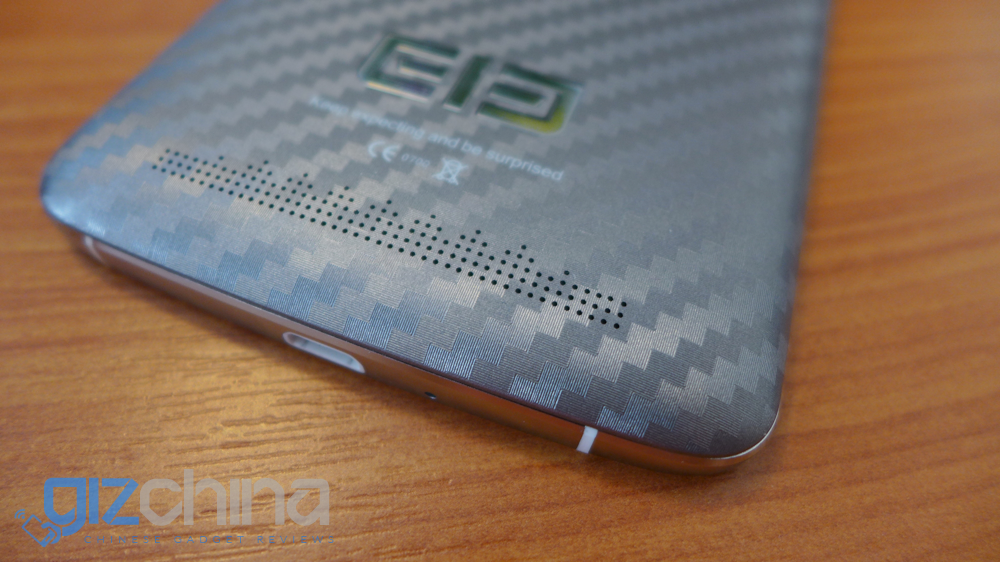 Further down the rear of the faux carbon rear panel is an Elephone logo and speaker grill. For those of you paying attention you will have noticed that I haven’t mentioned the location of the SIM and SD trays, that’s because they are located under the removable rear panel. 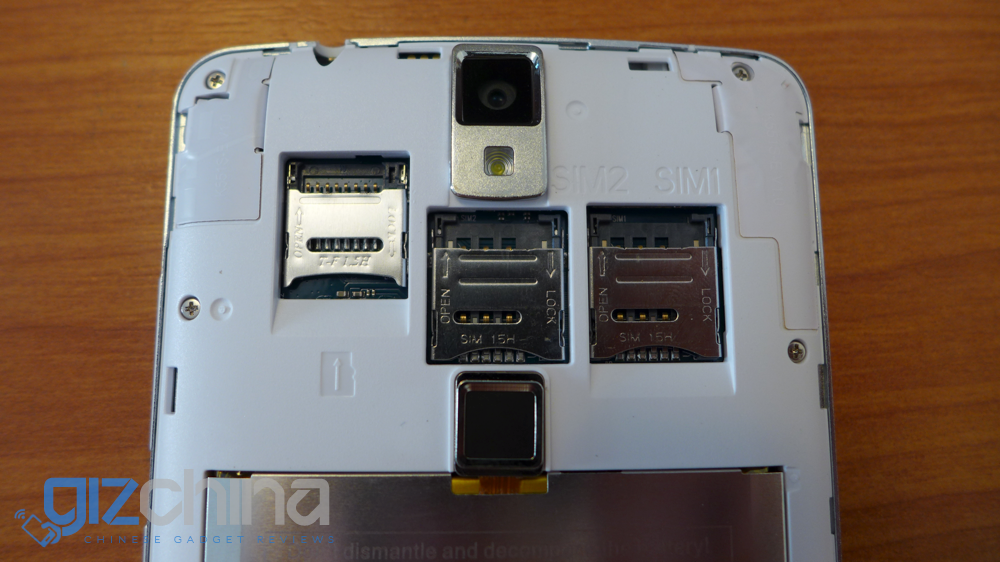 No special tools are required to take the rear off, just jab your thumbnail in the edge and yank it off. Under the cover you will find dual micro SIM card slots and a Micro SD card tray for up to 128GB SD cards.

You will also see that there is a large non-removable metal panel covering the battery of the phone. The Elephone P8000 has a monster 4165mAh battery. 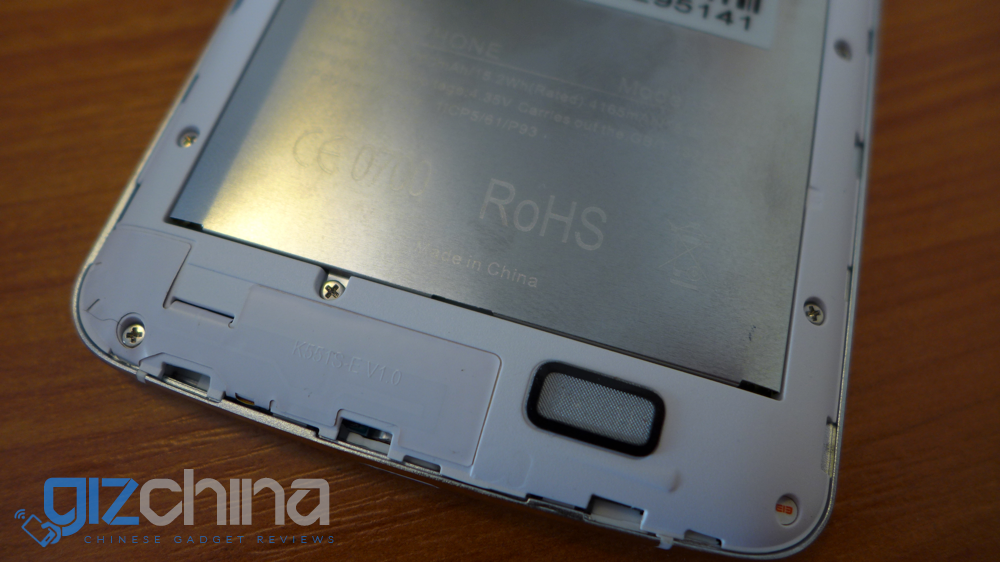 Finally there is a single, small speaker, and I noticed an ‘ELE’ warranty sticker on the bottom right corner screw head. I’m not sure if this is something new or not.

The display on the Elephone is a 5.5-inch FHD 1920 x 1080 IPS LCD panel, which results in a pixel density of 401ppi. The quality of the display is great, colours are bright, viewing angles are good, and there is enough brightness to view the panel outside.

Fortunately for me I have no dead pixels and I’ve not noticed any bright spots, but these are issues other P8000 owners have mentioned. One issue I did have was a screen flicker which only happens with WIFI and data turned on. Searching the forums it seems other owners have had the problem and that switching to a different launcher solves it.

That large 5.5-inch display has a huge glass panel over it, but what is worrying is that it does not have Gorilla Glass protection. A tempered glass screen protector would be advisable.

While the Elephone P7000 had a powerful Mediatek MT6752 chipset and 3GB RAM, the Elephone P8000 has a lower spec MT6753 octacore chipset. The MT6753 is still a 64bit chip with native LTE, but it runs at just 1.3Ghz and has a Mali-T720 GPU. Generally we see this chipset used as a cost cutting measure as it still ticks the boxes on paper (octacore, 64bit, etc) but with lower performance and cheaper price.

The lower performance means that you shouldnt buy this phone thinking its going to be able to handle really hard-core games because it won’t. For a casual gamer the performance is fine, and for everyday usage (social media, content consumption, camera, email, browsing the web) the performance is more than adequate.

I can also report I didn’t have any heating issues on the phone either. Where as the latest Xiaomi’s and the OP2 can get very hot at times, the Elephone P8000 keeps its head and runs cool.

I’ve already mentioned some screen issues above, so I’ll move on to other parts of the phone.

With a large battery and low power processor you might be thinking that battery life would be exceptional, but I found it to be about average. Screen on time is around 3 hours and 45 minutes, but I had no issues going from morning to following morning on a single charge. I do expect that the battery life can be extended, and I am awaiting OTA updates to see if this is the case or not.

Call reception was fine throughout my test, although the speaker quality isn’t the greatest. And browsing the web over WIFI or LTE was pleasingly fast. 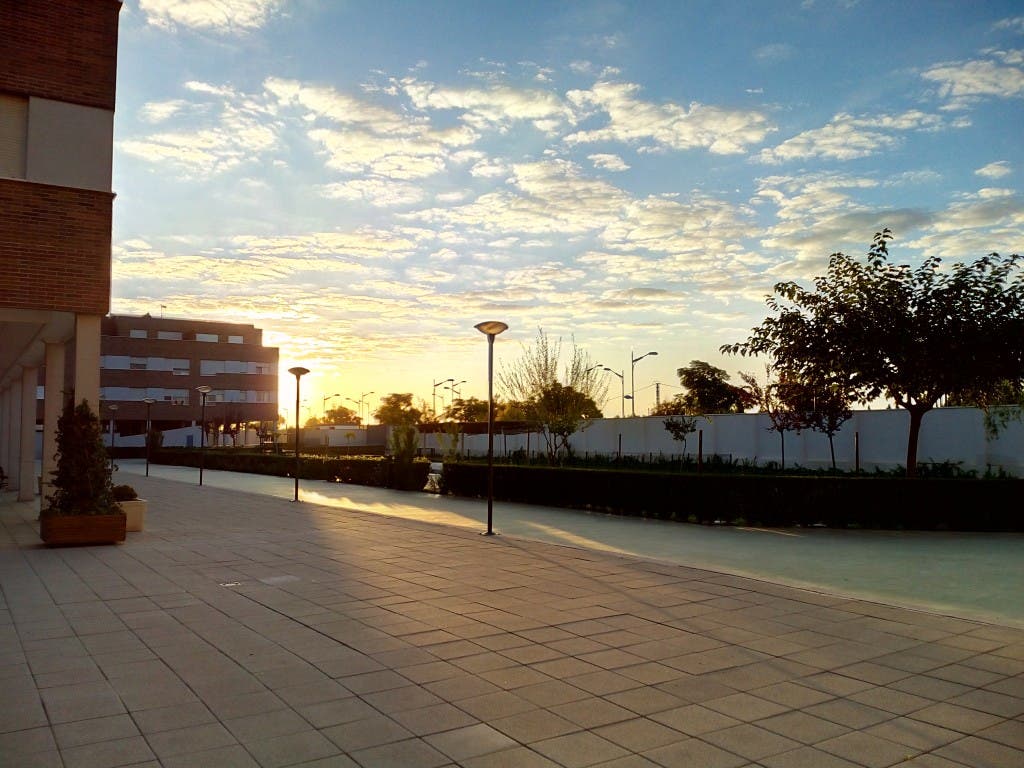 On paper the rear 13 mega-pixel Samsung 3L2 camera sounds great. In use the camera is fast to capture and save, but focus is slow. Maybe I have just become accustom to laser AF and PDAF phones, but for me the focus was on the slow side. 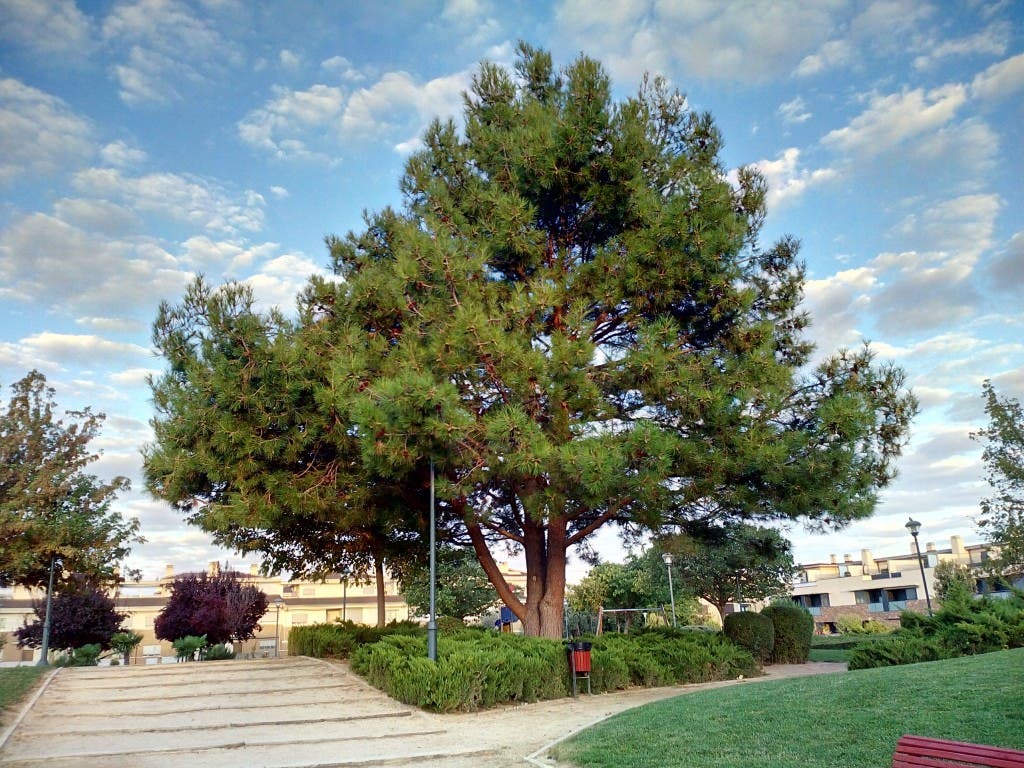 The actual photos the Elephone P8000 takes are average on the whole, not really living up to what the specifications suggest. If you do take your time to set up the shot and play around with the settings you can squeeze a little better performance out of it, but compared to the Elephone P7000, photo quality is down.

The Elephone P8000 ships with Android 5.1, but it’s not a stock build. Elephone have tweaked the ROM with their own Elephone UI.

The one difference in the Elephone ROM over stock is the lack of an app draw. Instead all applications are placed into folders, and once a folder is opened you can easily swipe from one folder to the next. It’s a nice feature that we haven’t seen in a ROM before.

One issue I had with the ROM was with the camera application. After taking a few photos with the stock camera the app would develop an odd bug that forces the gallery to open when you tap to focus. Going in to the app manager, closing the camera and going back in to it solves the issue temporarily, but it eventually comes back.

So far I haven’t had an update for the system, and can only hope that future OTA’s will bring a fix and also improve the battery life.

The Elephone P8000 costs $209.99, and as usual Elephone have the specs right so that they look stunning on paper. There is an octacore 64bit processor, 3GB RAM, 4165mAh battery, 13 mega-pixel Samsung camera, and rear fingerprint scanner. 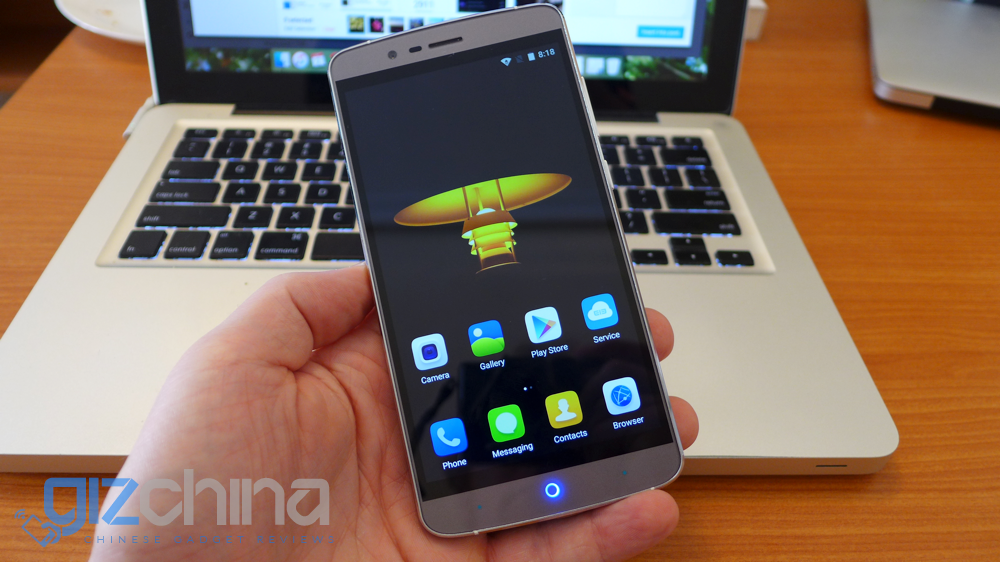 This time around Elephone have done a great job of improving the build quality and overall feel of the phone, but there are still some issues that need ironing out.

Compared to previous Elephone devices the P8000 is another step in the right direction, but for the same money you could buy a Xiaomi or Meizu and have a better experience.

Previous Hey! Where are iOcean?