While Google gets the usual publicity for the release of its Nexus smartphones each year, few pay attention to the hardware manufacturers responsible for the continued existence of the Nexus line. This year, Huawei partnered with Google to produce the Nexus 6P, and it is a phone that not only looks fashionable but has a competitive camera to boot!

While Google conducts sales of the Nexus line from its Google Store (formerly done at the Google Play Store), Huawei has also been announcing pre-order availability from its own online store. The 32GB and 64GB Nexus 6P models have been available since immediately after the announcement, but the 128GB model, announced with a price tag of $649, hadn’t yet appeared. That all changes today. 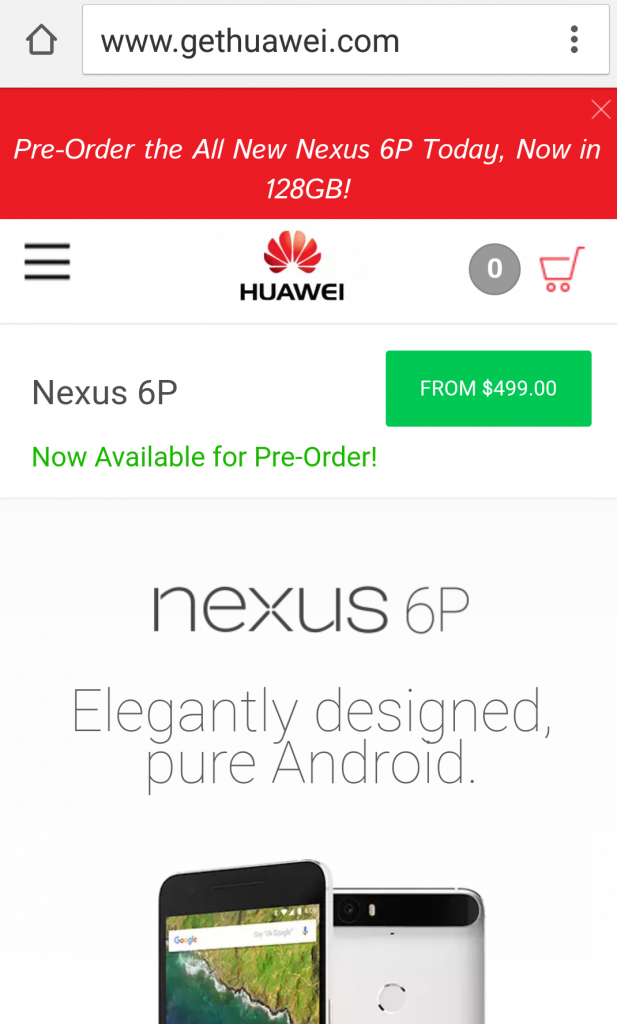 On Huawei’s own store page, the company has a message that says, “pre-order the All New Nexus 6P Today, Now in 128GB!,” a sign that the most coveted storage model that you can get this year is now available for pre-order. The 128GB model will cost $649, and Huawei promises that you can expect this model to be shipped in “late November.” For those who don’t want to pay the full price up front, Huawei will let you finance your phone through Affirm, though you can expect to pay $43.87 monthly for the 32GB Nexus 6P, $48.27 monthly for the 64GB Nexus 6P, and $57.06 monthly for the 128GB Nexus 6P. As you can see from the monthly fees, Affirm and Huawei expect you to pay off your Nexus 6P in a year max (with no extensions), in contrast to off-contract carrier agreements that give you two years to pay off your smartphone. Something tells me though, that most consumers who purchase the Nexus 6P from Huawei’s own website will likely sell their device next year and pick up the 2016 Nexus.

If you’re interested, head on over to the source link below and pre-order your Huawei Nexus 6P. If you do so, please feel free to let us know what storage model you ordered and what has been the deciding factor behind your Nexus 6P purchase.

Next Bluboo Xtouch and Xwatch on display at Hong Kong tradeshow