The Xiaomi Mi 5 is taking its own time coming, but we’ve come across some telltale signs that point at the imminent launch of the phone… very soon.

Xiaomi first teased a ‘Grand Finale’ to this year, hinting at pending launches that might finally take place — the Mi 5, Mi Pad 2 and the Redmi Note 2 Pro. It has been learnt today that Xiaomi is hosting an event on the 24th this month, and it’s most likely going to be for the Mi 5 if not anything else along with it.

Interestingly, if you’re in China, despite not being on the invite list, you will be able to attend the event. The only caveat here is that you’ll be asked to shell out an equivalent of $30, and entries will be limited to 500 persons.

While we are indeed expecting the Mi 5, we’ve learnt to expect the unexpected with Xiaomi. The last time we expected the Mi 5, Xiaomi surprisingly launched a 60-inch TV instead!

There’s reason though that this one’s NOT going to be an anti-climax. Xiaomi president Bin Lin posted a picture of the invite, which looks like it could hold the phone chassis and not much more. 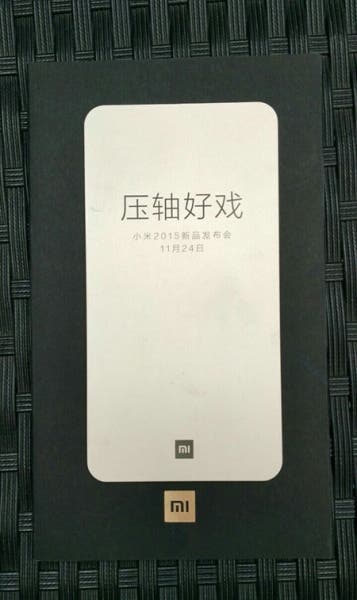 Next Elephone M2 unboxing and hands on video