ThVivo has been making a big deal out of the upcoming X6 lately. Good news is that the phone now has a launch date, and we’ve also managed to find out what SoC it’ll be based on… albeit with a little confusion.

The Vivo X6 was supposed to have the new MediaTek Helio X20 all along, but it looks like there will be at least one variant of the X6 with the MT6752 — a gem of a mid-range SoC that you don’t get to see too often.

Like the previous-gen Vivo, the X6 too could feature multiple SoC variants. We’ve also spotted the X6 being certified in a couple different variants earlier, which adds all the more reason for us to believe that there will be two processor versions with the X6. 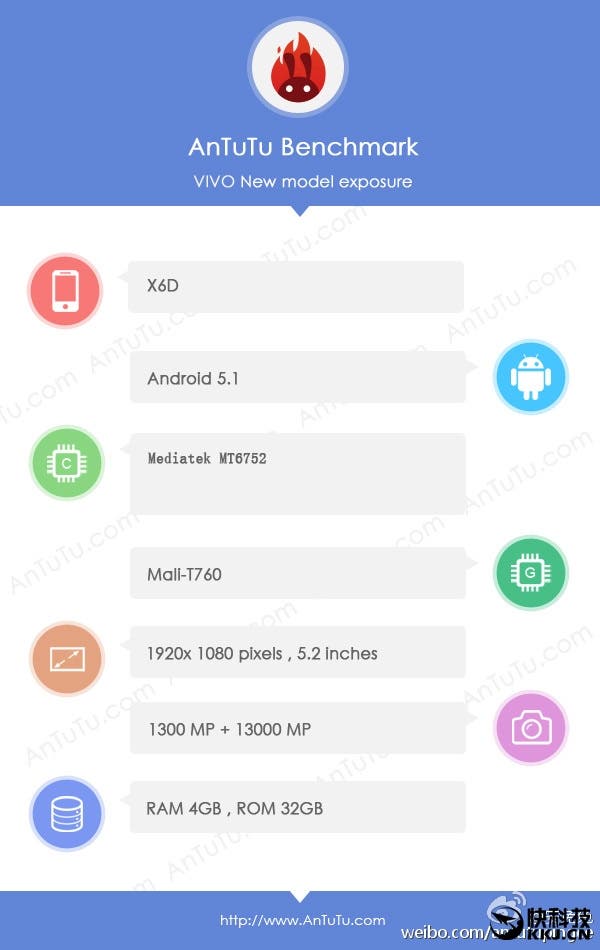 The version that appeared last night on AnTuTu — the Vivo X6D — sports the MediaTek MT6752, and along with that, 4GB of RAM, 32GB on-board ROM, 13 mega-pixel cameras on the front and rear, and lastly, an Android 5.1 Lollipop based ROM.

If the Vivo X6 does come out with an MT6752 though, it’ll be a bit of an anti-climax after a great build up. That isn’t to say that the MT6752 is a bad choice for an SoC, but for a 2015-end flagship one would simply prefer to have something more powerful.

Previous Update: Get the ZUK Z1 with free shipping from EU for $319.99 for a limited time

Next Huawei Mate 8 manages to leak despite heavy camouflage