After a spectacular Mi 3 launch which was followed up by the Mi 4, the media and consumer bunch expected something refined and powerful from Xiaomi. The company, in turn, seemed to be in a similar mood, which is perhaps why it turned down using the Snapdragon 810 (which as a bit if a history) on the Mi 5.

Now that we’re in the fag end of the year, it’s natural of people to again get talking about the Mi 5. At yesterday’s mega launch event, Xiaomi unveiled the Redmi Note 3, the Mi Pad 2 and the Air Purifier 2 — but no signs of the Mi 5. 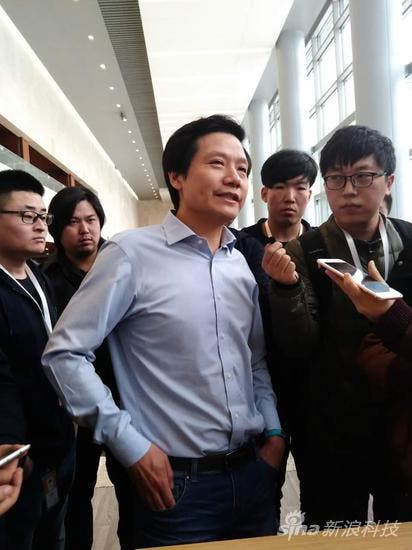 Company CEO Lei Jun was flocked by the Chinese media who weren’t shy of asking him about the Mi 5. While there were no concrete details on the matter, Jun ‘revealed’ that the phone was a device ‘worth waiting for’.

Besides that, Jun also reassured scribes that the future development cycle was going to shorten… perhaps in a bid to stay up to speed with Xiaomi’s competitors.

It’s a bit of an irony that the Redmi Note 2 has a successor in almost 3 months of its launch while there’s no Mi 5 even a year after the launch of the Mi 4. What do you think?

Previous You can now flash CyanogenMod 12.1 on the Elephone Trunk!

Next Bluboo uWatch pre-orders start this week, here are the specs