It looks like its wearable season. We’ve already talked about a few in the past couple of weeks, but news seems to keep coming in.

Today, it was learnt that India based vendor Wickedleak have launched yet another one… in the form of the Wickedleak Alpha smartwatch.

While first-time wearable buyers in India might be interested in the device, those that read GizChina will know it as the Zeblaze Crystal (and the Oukitel A28, among some other names, I’m sure). 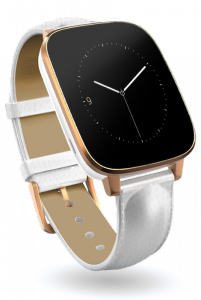 The Alpha smartwatch is priced 6,990 INR or $105 in the Indian market… which does seem a tad pricey for what the Alpha is. The smartwatch is powered by a MediaTek MT2502 low power chipset, and Wickedleak claim it has a 3D curved display — not sure whether that means it is a 3D display.

It has a hear rate monitor, a pedometer, and the other usual features you see on a budget smartwatch. If you fancy one, head over to Wickedleak’s official store to get one for 6,990 INR. The Alpha supports iOS and Android phones.