Today (11th December) Qualcomm officially launched their latest Snapdragon 820 chipset in China, where they also showed off a prototype phone running the chip which was quickly benchmarked.

After officially launching the Snapdragon 820 in China, Qualcomm let the press get to grips with the power of the SD820 by handing out prototype demo phones with the powerful new chipset.

As well as boasting that new processor the device also had Android 6.0 running a ultrasonic fingerprint scanner built in, 2K display, 3GB RAM, 64GB internal memory and 21 mega-pixel camera, but best of all Chinese tech journalists managed to run Antutu V6.0 on it! 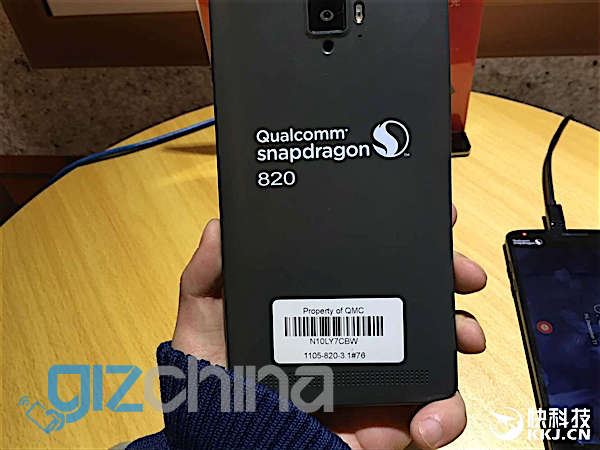 The benchmark results are impressive to say the least with the SD820 powered phone managing an astonishing 131,648!

So performance is supersonic on a phone with the Snapdragon 820, so who will launch a phone equipped with the chipset first? Xiaomi, LeTV, Huawei, Vivo, Oppo and even Meizu could be in for the running.

Previous Today's Advent offer is the ZUK Z1 with accessories for $299.99

Next LeTV launching in the U.S in less than a month