Chinese wearable makers seem to have shifted their focus a bit towards design and ease of use rather than just the spec sheet; the Lembird Free O2 was a recent example.

Newest in this lot is Zeblaze, the company behind the upcoming Cosmo smartwatch.

Zeblaze have just sent over some info about the smartwatch including processor and build details. 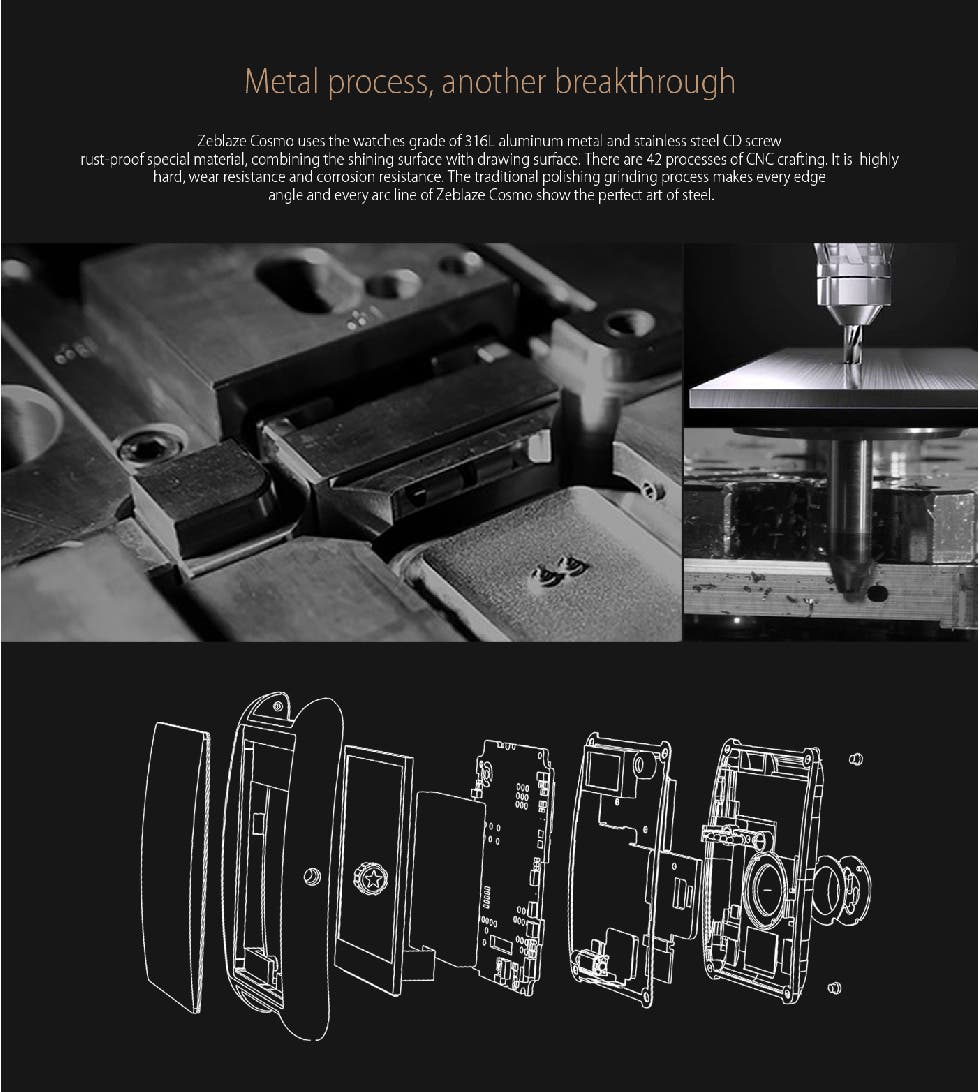 Like almost every other affordable smartwatch, the Cosmo will run on the MT2502 platform. However, unlike most others, it’ll have the slightly more powerful MT2502c instead of the MT2502A.

Zeblaze go on to mention that the Cosmo uses 316L grade aluminium metal along with a rust proof element. Not just that, 42 processes of CNC crafting are used to take the device from raw metal to a complete product, Zeblaze reckon.

There’s no word on the pricing of this upcoming smartwatch yet. More information, including that about its design and other specs, can be found in previous Zeblaze Cosmo coverage.

Previous UMi want you to define the upcoming UMi Apollo