Huawei is all set to launch its flagship P9 very soon. However, thanks to continuous leaks and rumours emerging from China, we’re able to take a look at the phone sooner than the company planned.

Fresh news from Huawei’s home country is that the phone will have not a 2K display, but a 1080p one akin to the Xiaomi Mi 5. While I’m sure most would agree that it makes sense for companies to use 1080p panels instead of 2K ones, it is surprising to see many brands adopt the policy because of what’s been going on lately (read: spec wars).

Since the Mate series looks after Huawei’s phablet customers, the Huawei P9 will have a smaller — a 5.2-inch — screen. If the leaks are anything to go by, it’ll be powered by a 2.3-2.5GHz Huawei HiSilicon Kirin SoC… along with 4GB RAM. 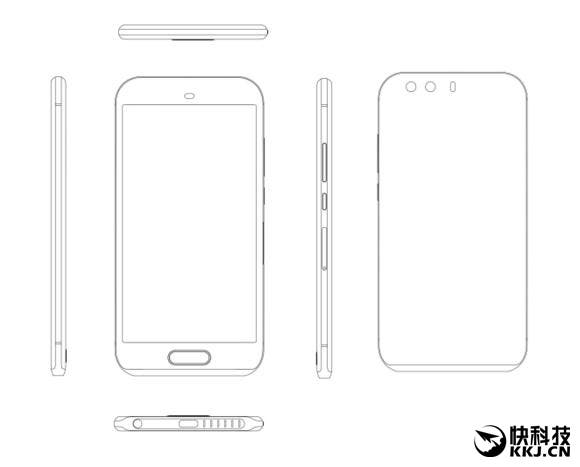 Moving on, the leaks also point at multiple variants that the phone might have. The model numbers — EAV-AL10, EAV-AL00, VNS-AL00 and VNS-CL00 — could point to the various network and configuration sets that might feature on the P9. Word is that there’s also going to be a ‘Youth’ version of the phone.

Besides this, the leaks suggest that the P9 have an 8 mega-pixel front facing camera and a 12 mega-pixel rear camera (with another sensor joining in for a dual-camera setup), besides 4GB RAM.

In all, the Huawei P9 is certainly shaping up to be a monster… not only for its future buyers, but also for companies like Xiaomi that have a vested interest in this year’s flagship after skipping a launch in 2015.

Next The Weimei We Plus isn't a tongue-twister, but a good-looking phone