Our sources at ZUK have hinted that the Lenovo start up could launch a new product at MWC, will it be the ZUK Z2?

Today the price of the current ZUK Z1 was cut in China to just 1499 Yuan causing speculation that the ZUK Z2 might be on the verge of launching. We put our feelers out to see if our ZUK contacts could tell us anything and we got a bit of a bite. 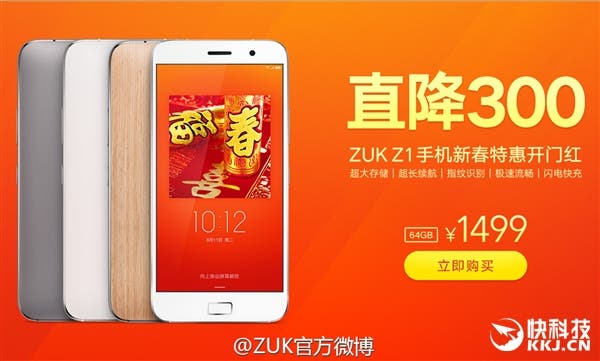 Our sources at ZUK didn’t comment on the price cut, but they did mention that there is a possibility that a new ZUK product would launching during MWC. They said that ZUK won’t officially be at the international Expo though, hinting that we might see something ZUK related at one of their partners booths.

Last year Nubia had their Z9 phone hidden at the Qualcomm booth, and Vivo have already confirmed that their phones will be on show via Qualcomm, so we will be taking a good look there to see if a mystery ZUK machine is hidden away next week.

Speaking of the ZUK Z2 though, our sources also commented that the Z2 is scheduled to go on sale during either May or June, so even if the phone is seen at MWC we still have a few months before we can buy one.