Joining the likes of Huawei, and Oppo at MWC is Blackview who were showing off their entire current range of phones along with a couple of new devices.

The Blackview A8 is a budget 5-inch HD phone with simple configuration that designed to keep the cost to a minimum. The phone has a quad-core Mediatek MT6580 chipset, 1GB RAM and 8GB memory, hardly the stuff of dreams but there are a few nice details. For starters the Blackview A8 as a metal frame to which helps the feel of the phone, and on a technical side both the front and rear cameras are 8 mega-pixel shooters. The rear is apparently the same 8 mega-pixel camera as the iPhone 5S. 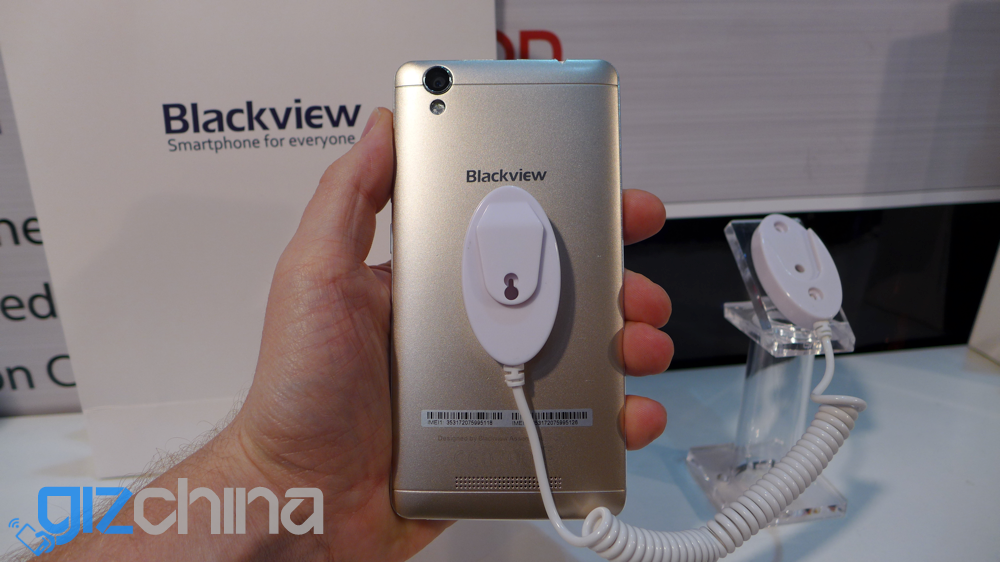 Other details include a 2000mAh battery, removable back cover, backlit capacitive buttons, front and rear LED flash, Android 5.1, dual SIM support and space for a micro SD. The budget phone only supports 3G networks, but then again it only costs $43!

If the plain white phone with silver metal chassis doesn’t do it for you then Blackview also plan to offer the A8 with jewels in the frame for an additional $1 (thats $44).  There is also word of a Blackview A8S in the works too with LTE, but details weren’t provided.

Blackview A8 hands on video 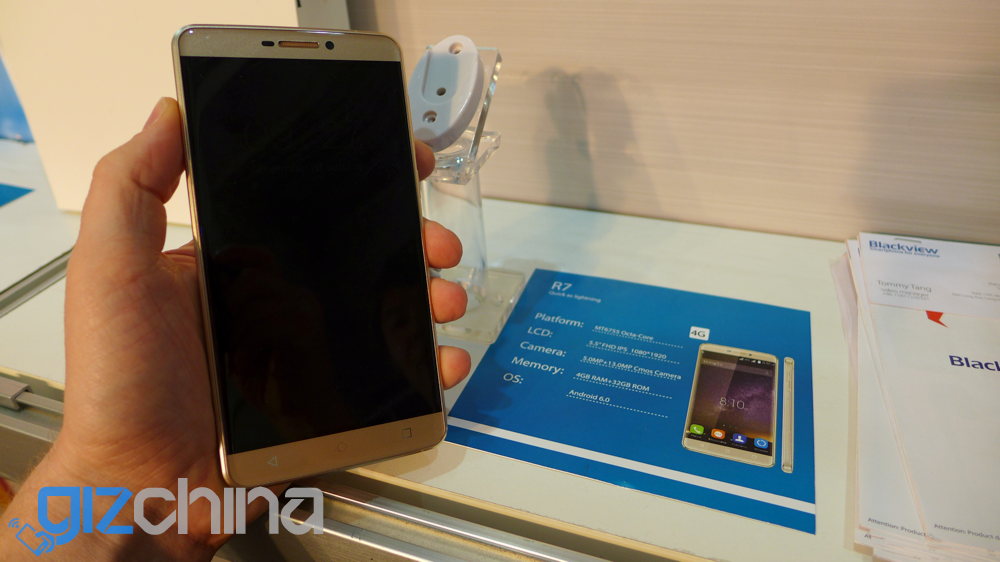 For those of us who prefer higher specifications then there is also the Blackview R7. Unfortunately Blackview only had a dummy phone to show us at their booth but they didn’t confirm some of the hardware. Expect the Blackview R7 to be released in April.