Arguably one of the best Xiaomi phones, the Xiamoi Mi2 was a 4.3-incher, and it could be that Xiaomi are going back to that smaller size in the wake of the latest iPhone launch.

A photo of a mystery Xiaomi phone with 4.3-inch display has been revealed on Chinese tech sites today, which according to reports is Xiaomi’s response to the launch of the new iPhone.

The photo is only a partial one, but we can just make out that there is a physical home button on the chin like the Xiaomi Mi5 where we expect a fingerprint scanner to be located. 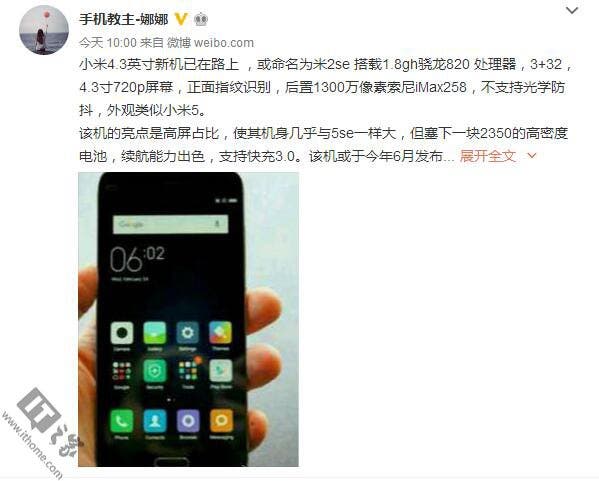 With those specs, the size and the pricing, it is easy to see the similarities between the new phone and the Xiaomi Mi2 phone from years ago. The Xiaomi Mi2 had the same size and resolution display and was such a great device that I know people now who still use it.

We’ll be keeping a close eye on this one, but in the mean time what do you make of it?

Previous The Oukitel K10000 is waterproof too?

Next How to: unlock Xiaomi Mi4S bootloader and install multiple languages