April is shaping up to be quite an exciting month for Chinese smartphones, and joining the circus is the Meizu M3 Note.

Meizu have been steadily updating the budget ‘M’ (Meilan) range of phones for the past year or so, and the next rendition of the device will be the Meizu M3 and M3 Note.

The Note is the big brother of the ‘M’ range and usually feature a 5.5-inch display with FHD resolution, 13 mega-pixel rear camera, and 5 mega-pixel front camera, so it comes as no surprise what so ever that those are the specs Antutu are telling us the new Meizu M3 Note will have.

In addition to the norm, the M3 Note is listed as coming in 2 memory options with either 2GB RAM + 16GB storage, or 3GB RAM + 32GB storage, plus a Mediatek Helio P10 chipset (the only really difference in hardware from the Meizu M2 Note). 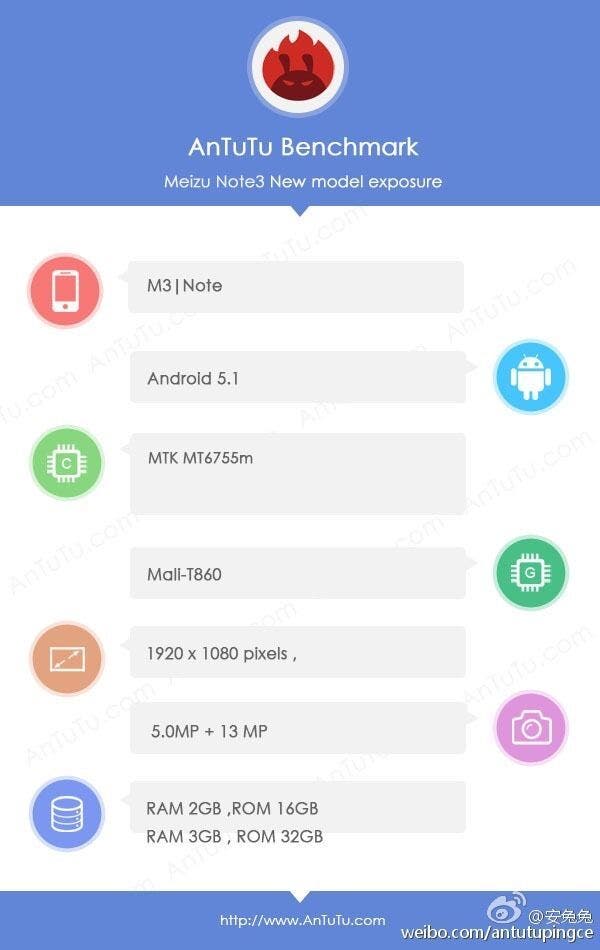 From earlier rumours the M3 Note could come with a larger 3500mAh battery, and a new thinner body. It is expected that the M3 Note and M3 will both launch at around the same time in China first before going on limited international sale.