Smaller tablets are lately not among the most desired ones due to various reasons, but Teclast managed to get some success with the X80 Pro and Plus models. It can be attributed to reasonable build quality, quite affordable pricing and last but not least the dualboot capability. Still the design and the build itself has been pretty budget-like and to alleviate this the maker comes with the new full metal build in Teclast X80 Power.

The innards of the tablet remained exactly the same as the X80 Pro model, you can find Intel Atom X5-8300 with 2 GB RAM, 32 GB eMMC storage, microSD slot, HDMI output and  8-inch FHD screen with 1920×1200 resolution (so aspect ratio 16:10). And of course the aforementioned dualboot with Android 5.1 / Windows 10 system onboard. 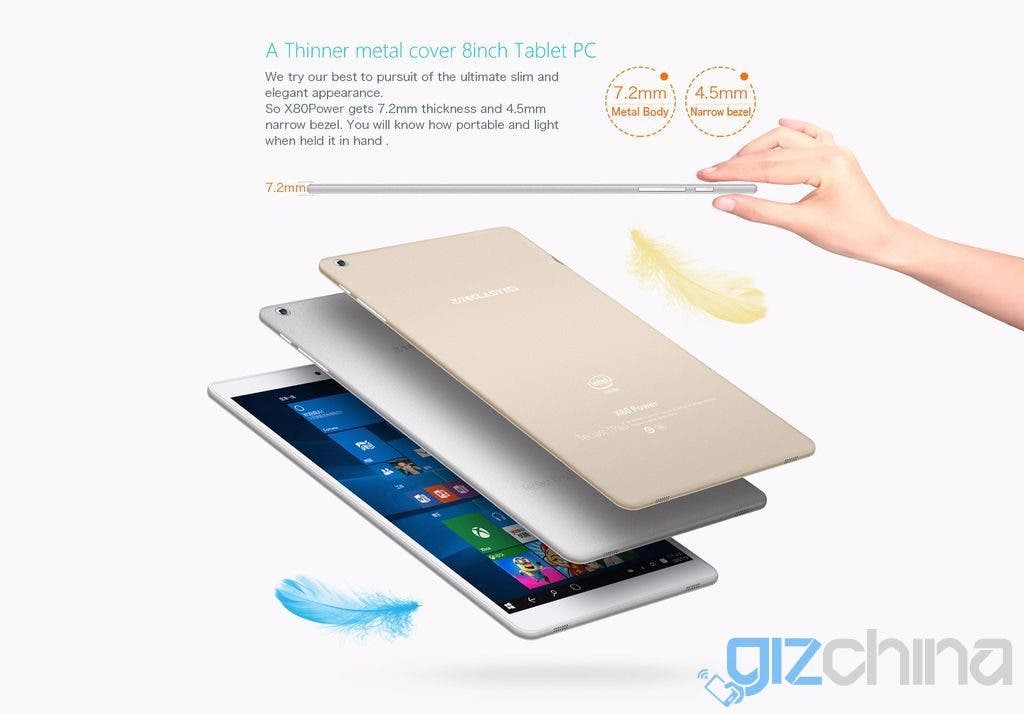 The big difference comes with the chassis, where Teclast X80 Power adopts full metal build with slimmer design (7.2mm vs 10mm in the old model) and smaller 4.5mm bezels around the display. The build is more along the premium lines and should almost rival the similar looking Xiaomi MiPad 2 (which offers 4:3 aspect ratio though). 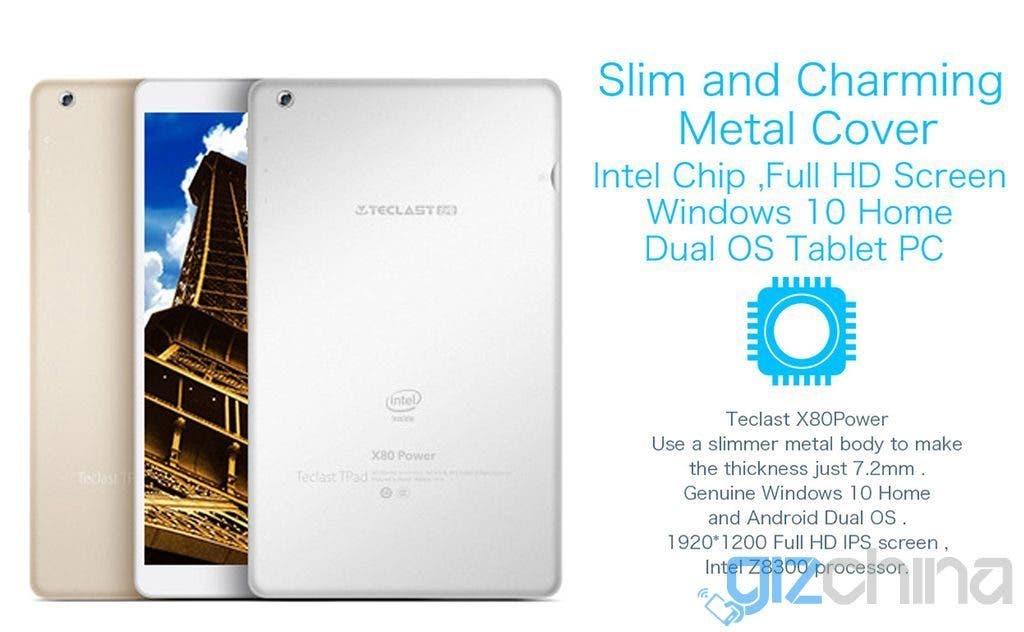 With the price it gets a bit trickier, because according to first reseller listings the Teclast X80 Power will be available for something around 135$ while the almost identical X80 Pro hovers around 110$ and the lower resolution X80 Plus can be found in some deals for crazy 80$. On the other hand the rivaling Xiaomi MiPad attacks often the 200$ barrier and lacks some crucial things like expandable storage or dualboot option.

Previous Cubot Cheetahphone should be available this month already