New interesting phone has been spotted on the Geekbench benchmark result chart and quite surprisingly carries the Google Nexus 6P name, while packing quite different specs than the Huawei produced Nexus 6P released last year.

The mysterious device has the new Snapdragon 820 chipset paired with 4 GB RAM and Android 7.0, so the question remains if that means just an upgraded version of the original Nexus 6P released with Snapdragon 810 and 3 GB RAM or something completely new. 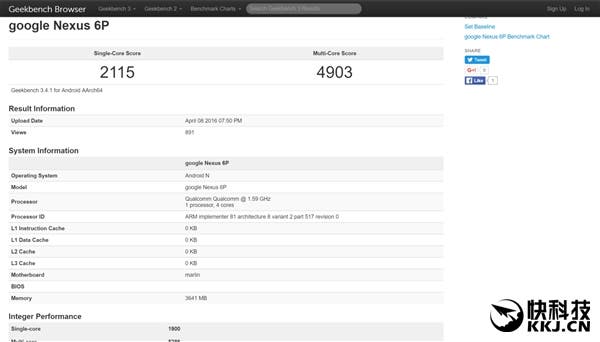 It could be already the Nexus 7P device, because Huawei is supposed to release the Google Nexus highend device for 2016, while HTC gets the midrange S1 and M1 Nexus models. Let’s wait and see what the Google has in the store for us, pun intended 🙂