It’s probably not needed to overly introduce the Homtom brand, the chinese phone makers are already well established as mainly the budget oriented producers. For the future they are planning to climb the ladder with the flagship model Homtom HT10, but before that we should be first getting yet another budget model with Homtom HT17.

The Homtom HT17 could be the first phone sporting the new Mediatek chipset MT6737, so what could we expect from this successor of the popular budget MT6735 line in this phone ? Well the CPU part looks pretty much almost the same with 64-bit quad core processor clocked at 1.1 GHz, but if we are to believe the promo then then the power effiency level should improve compared to the last gen. Claims about the performance boost are pretty much suspect, because its the same cores with same clocking (its 1.0 GHz in MT6735P and 1.3 GHz in full MT6735). 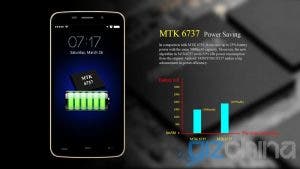 But the interesting and somewhat confusing part comes with the introduction of “faster” GPU in the MT6737, which looks like complete wishful thinking to me and even contradicts the official Mediatek specs. In the promo we can see Mali-T720 MP1@550 MHz touted as better and faster than the Mali-T720 MP2@600 MHz used in MT6735 so errrrr what ? If we look at the underclocked Mali-T720 MP@400 MHz in the MT6735P then maybe we have a solid ground for such statement even i’m not sure if the higher clock would compensate the missing one core. But it gets even more confusing when looking at Mediatek website, where we can find the GPU used in MT6737 listed as Mali-T720 MP2@550 MHz…. 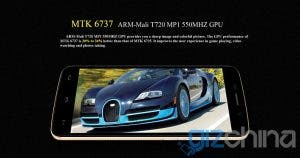 First batches of information about new products can get messy of course so let’s keep an eye out for clarification about that. Nonetheless the Homtom HT17 should see the light of day maybe even during May.

HOMTOM invitation for MWC 2019 is full of unspoken promise