Blackview want to capture the entry-level market with a budget phone offering iPhone level camera sensors. Have they managed it? Find out in our Blackview A8 review.

I have a good Japanese friend who often uses the term ‘cheap is cheap’, its obvious and accurate but all to often we forget this. A cheap phone is a cheap phone, and no matter what bells and whistles you try to add, it will never perform as well as an expensive phone.

You might argue, and say that phones like a Xiaomi Redmi Note 3 is cheaper than a budget Samsung phone and performs way better and I would agree, but I didn’t say ‘cheaper’ I’m talking about cheap, phones that cost less than $80.

The Blackview A8 is one of the new gen phones that hopes to attract customers who want all the usual Android hardware but might not necessarily have the money for a smartphone.

The A8 costs just $55 online, features a metal chassis and the same 8 mega-pixel rear camera from the iPhone 5S, but is it any good?

Blackview A8 Review – Design and build

Blackview have been smart (read crafty) with the design of the A8 and used a lot of inspiration from budget Oppo phones when building the Blackview A8. This is smart because it saves them time and money, and because most people aren’t going to realise this is an Oppo clone, where as they might if they had copied the Find 7 or R9. 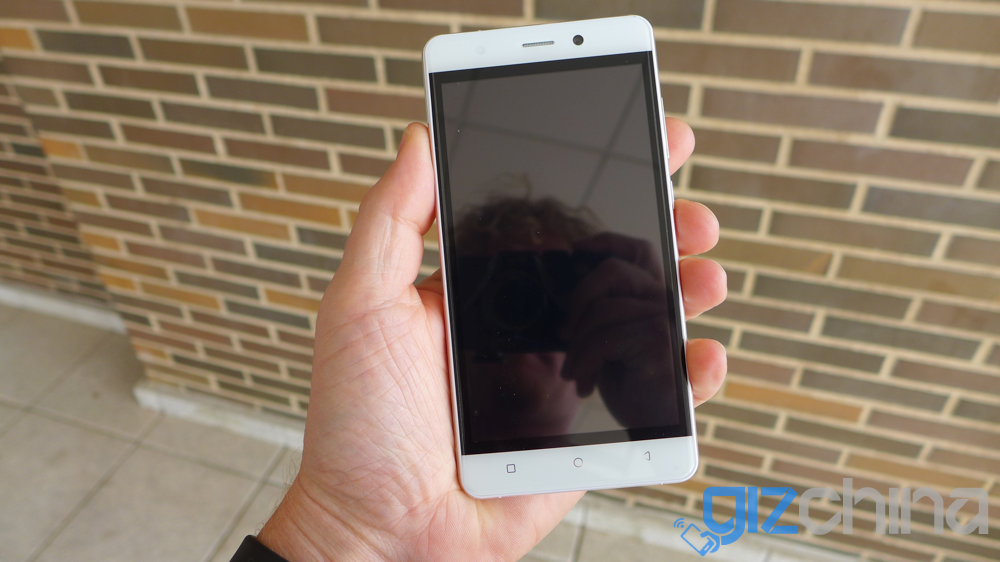 The handset has a 5-inch HD display, 2.5D curved screen, and 2 mega-pixel camera on the front. 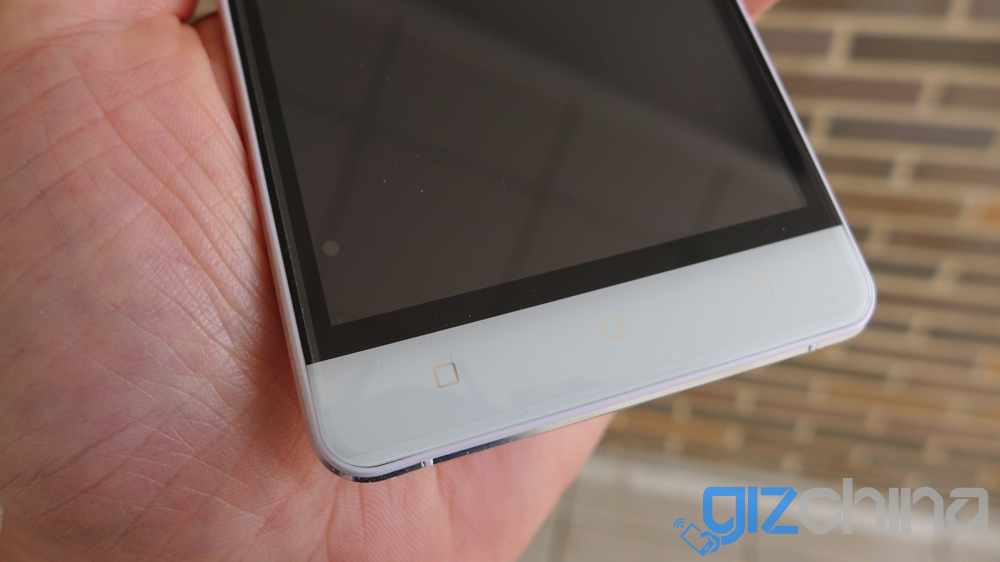 Like other manufacturers, Blackview designed the A8 to try and appear to have narrow bezels and then wrap the display in a black border, but in this case the border is super sized and reaches almost 5mm thick all the way around. It’s also very easy to see as the budget HD display in the phone isn’t the darkest of units, practically being grey when its powered off or asleep. The chassis is metal, an actual metal chassis, not a plastic one coated in a metal finish, and this is a great addition to a $55 phone. It adds strength and gives the user confidence that the phone will be durable in the long-term. Around the chassis we find the volume and power buttons in the right, USB and 3.5mm headphone jack in the top, while the last to sides are black apart from a mic in the base and screw heads that hold it all together. Our review phone came with a white face and white removable rear panel, but grey versions are also available. The rear has an 8 mega-pixel Sony sensor in the top left and single LED flash, and a single external speaker at the bottom. 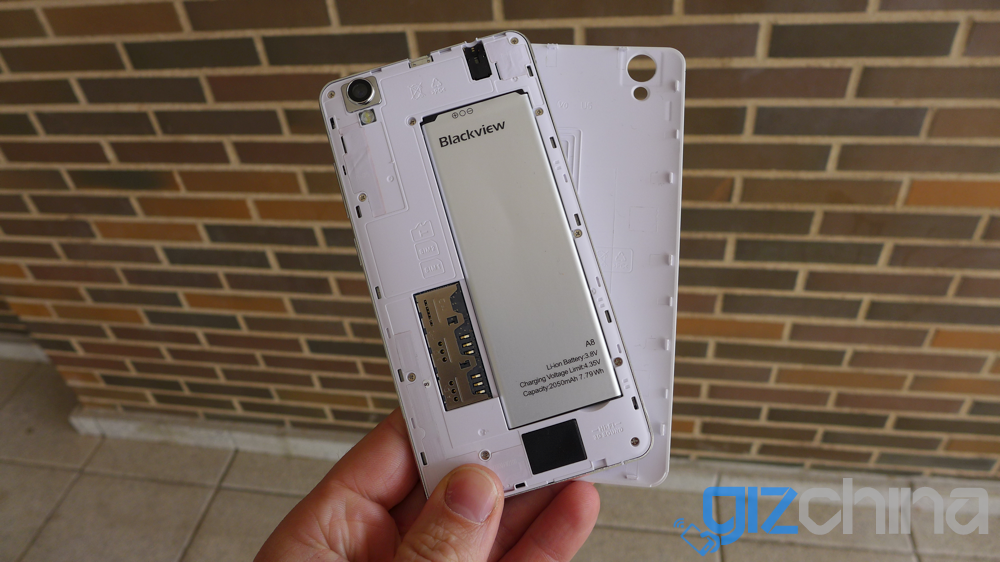 Removing the rear panel gives you access to the dual SIM trays, SD card slot and user removable 2050mAh battery. A few details you should note here are that the phone only supports 3G and 2G networks and out of the box there is a sticker over the battery connections which needs to be removed before you can turn the phone on.

Surprisingly for a $55 phone the Blackview A8 feels sturdy in the hand and has very good fit and feel.

This is a basic, entry-level phone so the hardware is basic too, with a few interesting additions here and there. As already mentioned the screen measures in at 5-inches and has a HD resolution of 1280 x 720, which is actually very generous for a phone of this price. Sure, it’s not the best HD panel on the market, but it’s perfectly useable. Another surprise addition is the 8 mega-pixel Sony IMX149 and Blackview proudly claim this is the same sensor that Apple used in the iPhone 5S, but as we all know the sensor is only part of the package and while the Blackview shares the IMX149 it doesn’t share the iPhone’s optics. More on this in the camera portion of the review. 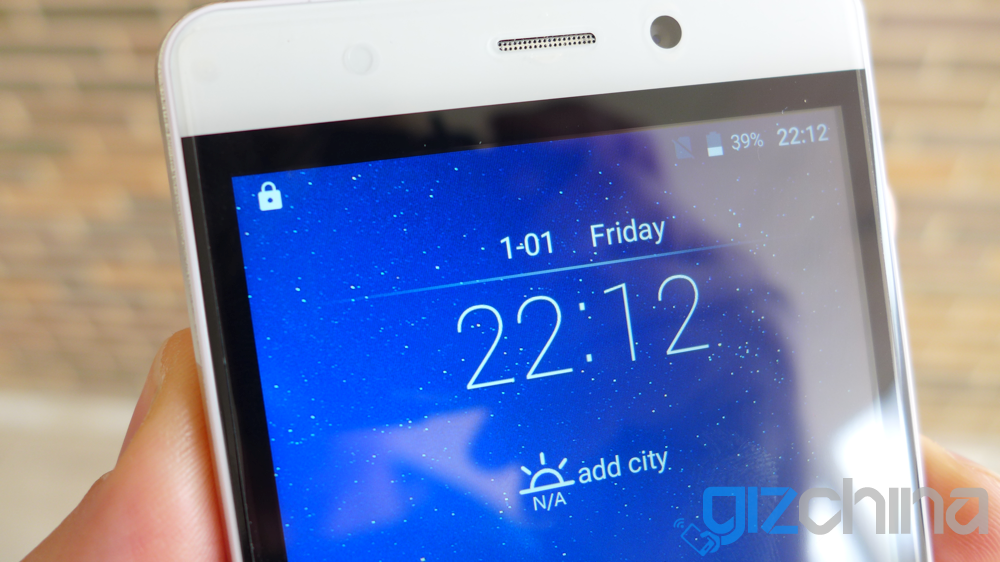 Other hardware details are 1GB RAM, a quad-core Mediatek MT6580 chipset, 8GB internal memory (you can add an extra 32GB via SD card), and 2050mAh battery.

Android 5.1 runs on the phone out of the box, and gets a ColorOS style makeover (yes, that’s Oppo’s custom Android ROM). Battery life from the 2050mAh battery was pretty good, which isn’t that shocking as there is nothing very power-hungry in the A8, and I was able to get almost 2 days of usage from the phone. Keep in mind though that part of this is also due to the limiting factors of the hardware too so I wasn’t actually using the phone as much as a more luxurious model i.e the camera performance isn’t great so I didn’t take to many photos, audio isn’t wonderful so I didn’t play much music etc. Other than the price, and metal frame the other big selling point to the Blackivew A8 is the 8 mega-pixel camera. Blackview certainly made a song and dance about the IMX149 in the phone, so does it live up to the hype? 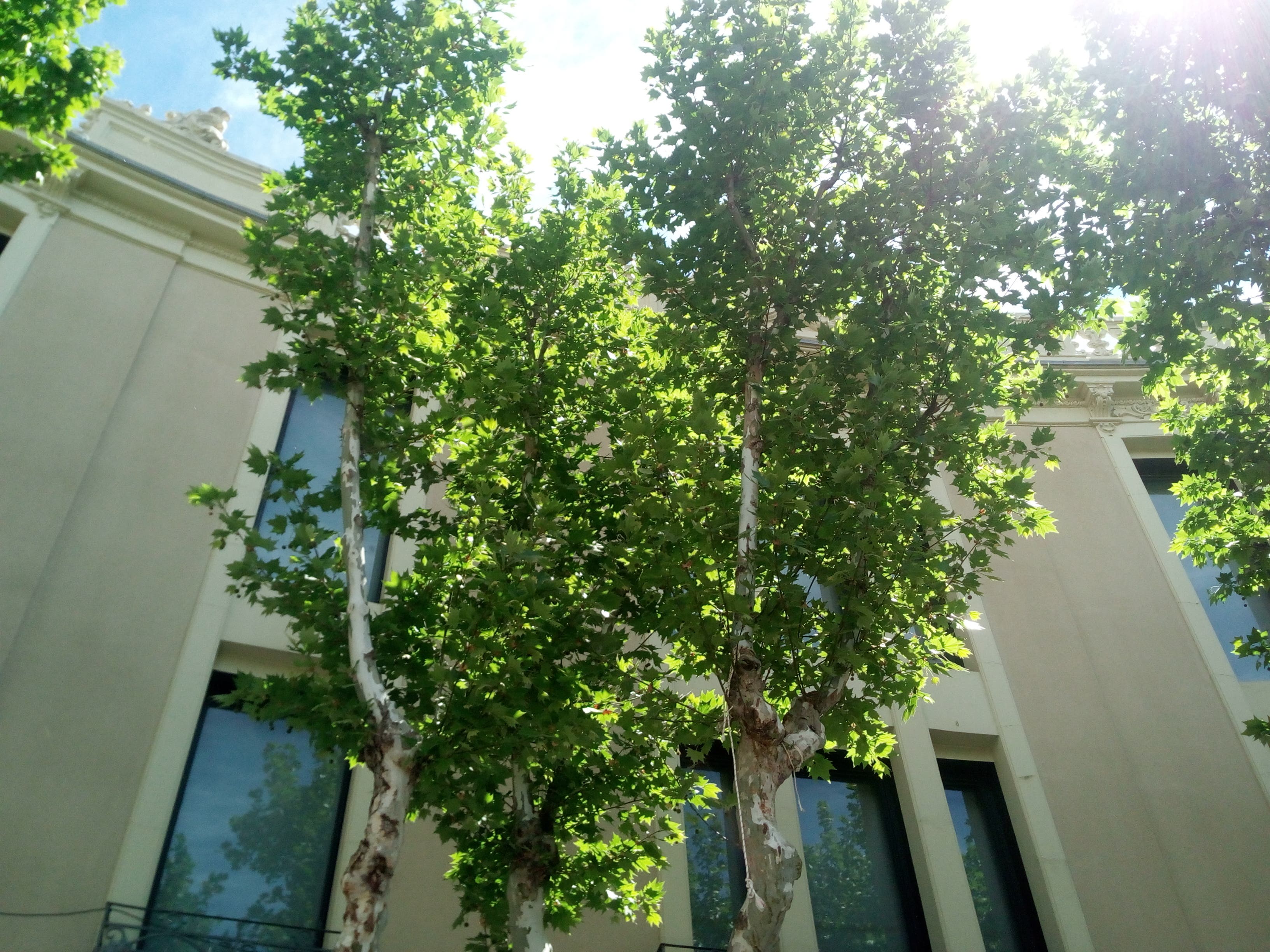 Well in all honesty I have used worse camera phones that cost more. For example I was recently given a budget Samsung phone and I would say the camera performance from the Blackview A8 is on par with it yet costs about half the price. This isn’t meant as a compliment though as both are pretty bad.

The issue here is that while the actual sensor is good the lenses are typical cheap items and really undermine the performance. It’s like getting a Ferrari and giving it a set of 10-inch radial wheels and tyres from the 60’s. Sure there is pedigree and potential there, but it’s going to drive like crap.

It’s not just the lenses that let the overall performance down though, the speed of the software is extremely slow too. Focus is a long slow process and by the time you have a good lock, the camera sometimes decided to refocus again just for the heck of it.

Hitting the shutter button can mean a wait time of almost a second before the image is snapped and saved. That’s a long time, and any movement you make during that time will be recorded by the open shutter. 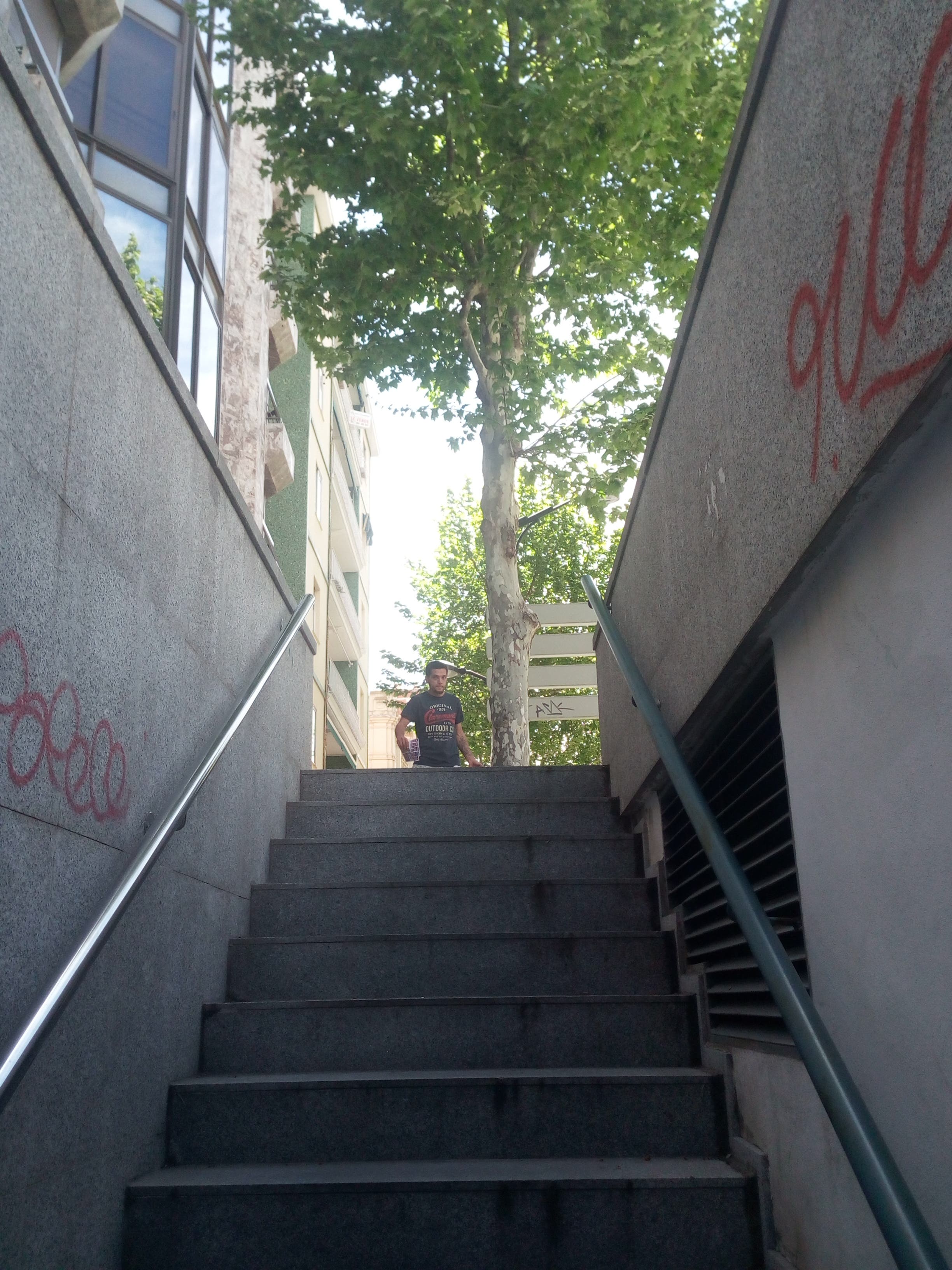 So, yes it has an iPhone camera, but it’s performance is only has good as another $50 Android phone. 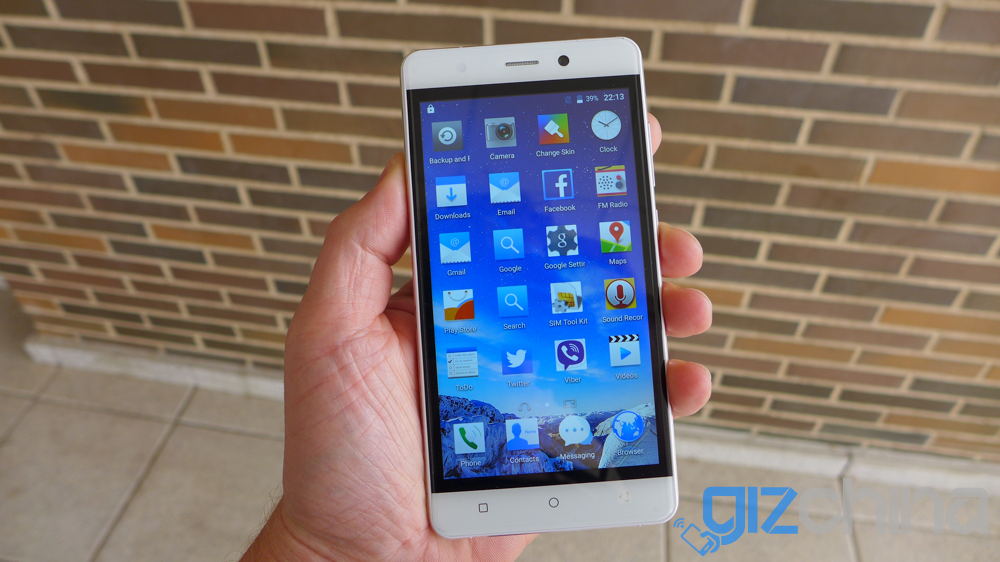 Cheap is Cheap as my friend says and you cannot get any truer. The Blackview A8 costs $55 and the performance and camera capabilities of a $55 phone are exactly what you should expect from it and nothing more.

The good points of the phone are that the build quality is way above what most other $50 phones are like, and the battery life is pretty decent.

If you fancy picking one of these up as a second phone, or something to give the kids and not worry about them wrecking an expensive phone then you can order the Blackview A8 from Aliexpress here.

Next LeEco now selling accessories in India via LeMall