Ever been using a smartwatch only to wish you could have a bigger screen? Maybe even project the screen? Well you can now!

Chinese start-up ASU, have just launched a new smartwatch in Beijing that offers the unique feature of having a projector built-in.

ASU are so confident that wearers of the device will be happy to project their screens around the world for all to see, that they have even removed a screen from the watch itself and instead only offer a touch panel.

The projected screen has a resolution of 1280 x 720, and as the wearable has a quad-core Qualcomm chipset and 768mb RAM there is enough power on tap for simple games. 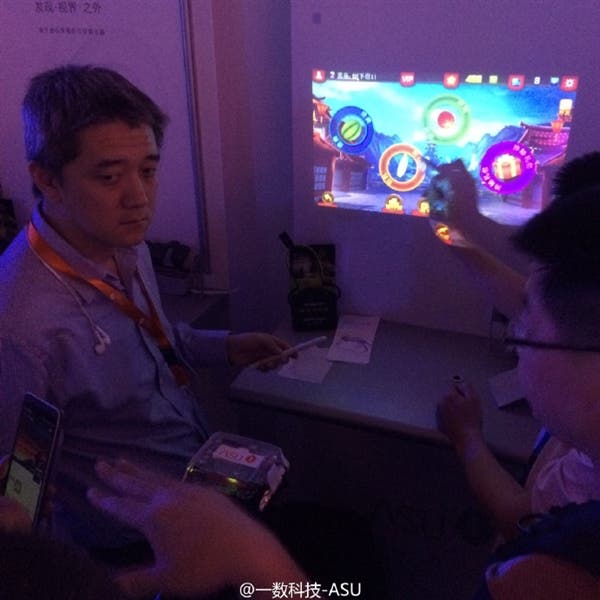 Other features include WIFI, Bluetooth, fast charging and notification LEDs. We’re trying to track down the full details, but from what we can see the ASU doesn’t have any data connection capabilities of its own so you will still need to sync it to your current phone.

At this time the ASU will go on sale in China only, and I wouldn’t hold your breath for an international launch yet as pricing has been announced at 2999 Yuan (more than the ZUK Z2 Pro with 6GB RAM and a Snapdragon 820 chipset!).

Next Oukitel C3 presales are under way