Infamous tipster @evleaks has leaked a screenshot from the OnePlus 3 detailing an Android N build, while also mentioning some of the basic hardware of the phone.

If you have been following the OnePlus 3 leaks and news then you will have seen that the company intend to launch the new flagship at a VR event (30,000 VR headsets are being offered to watch the event), and that the phone itself looks like a modified Oppo R9.

More details have emerged today from famed tipster @evleaks, who has posted a screen shot from the OnePlus 3 showing that it is already running a preview version of Android N. The screenshot also shows us the model number ‘Rain A3000’. 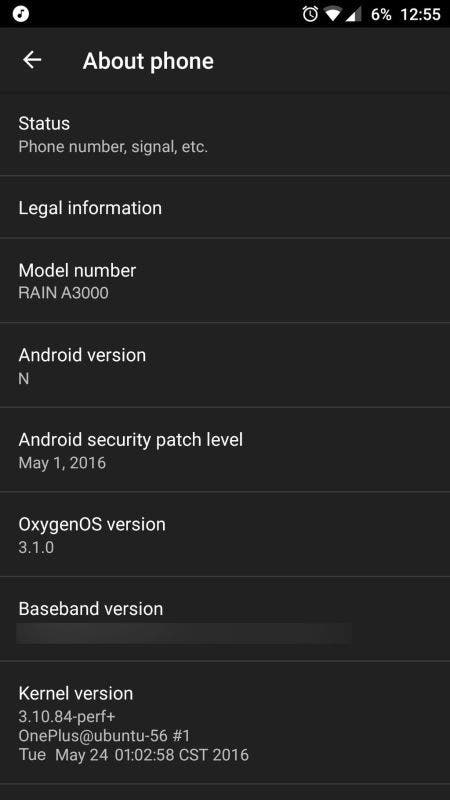 The screenshot was released on Twitter along with some ‘basic’ hardware information including a Snapdragon 820 chipset, 5.5-inch 1080p display, 64GB memory, 16 mega-pixel rear camera, 3000mAh battery and NFC.

NFC will be a great addition to the OnePlus 3 and a feature many thought the OP2 should have been supplied with. Over the past year more phones have had the contact-less communications hardware reintroduced in to phones thanks partly to the roll out of Android Pay.

The specs listed are believed to be of the entry-level OP3 and that a second variant might launch with more memory, RAM and perhaps a slightly faster processor.