Chinese start-up Dobby are crowdfunding a drone in China that can fold up and fit in your pocket and will cost just $260.

Xiaomi managed to grab a piece of the drone market this week with their pro-sumer level quad-copters that offer a built-in camera, and up to 4K video recording at half the price of a similar DJI, but still for a lot of people the drone is a little too big for their needs.

This is where Chinese start-up Dobby hope to make some waves with a drone that folds up and can fit in to your pocket. 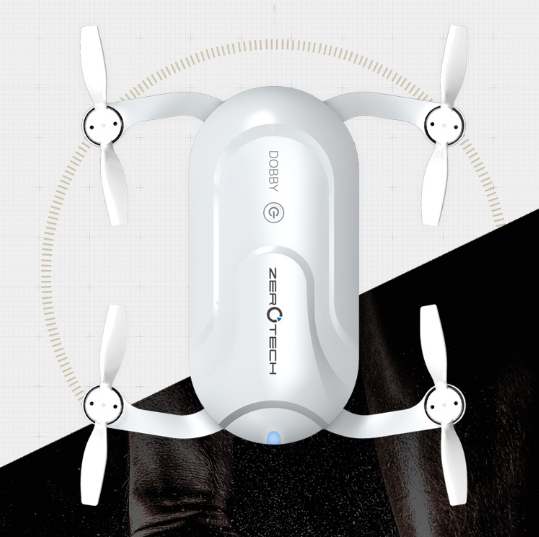 The compact UAV will measure 135 x 67 x 36.8mm, with rotors and arms that fold out of the side of the main body when in use.

Internally, Dobby will run on a Snapdragon 801 chipset, with 2GB RAM and feature 16GB internal memory. The internal storage will be used for snapping photos via the drones 13 mega-pixel camera or video at up to 4K resolution.

Like similar drones the Dobby with feature a WIFI connection, GPS and GLONASS and there will be a smartphone app to control the drone rather than having a separate controller. In addition to standard ‘manual’ flight, the Dobby also has a follow me feature, and can be set to fly via waypoints.

Dobby is currently in a crowd funding phase on Taobao in China, so it remains to be seen if this is a real device or nothing more than vaporware.

Next Power up the summer with Ulefone Power at only $149.99