A few months ago we posted some news about a new start up in China who were funding a mini foldable drone, well it’s been launched and GizChina is the first tech site in the world to get hold of one!

We see a lot of crazy ideas from Chinese manufacturers and we tend to view them and then simply add them to our very large vaporware mental folder. For example, whatever happened to Elephone’s Snapdragon 800 powered phone? Where is the dual screen UMi Zero 2, and what about the Doogee Flag flagship?

So being burnt in the past hoping on dreams of manufacturers we were kind of skeptical whether the Dobby Drone would ever make it past the fundraising mark and become an actual physical product. Well guess what? It has and I have one. 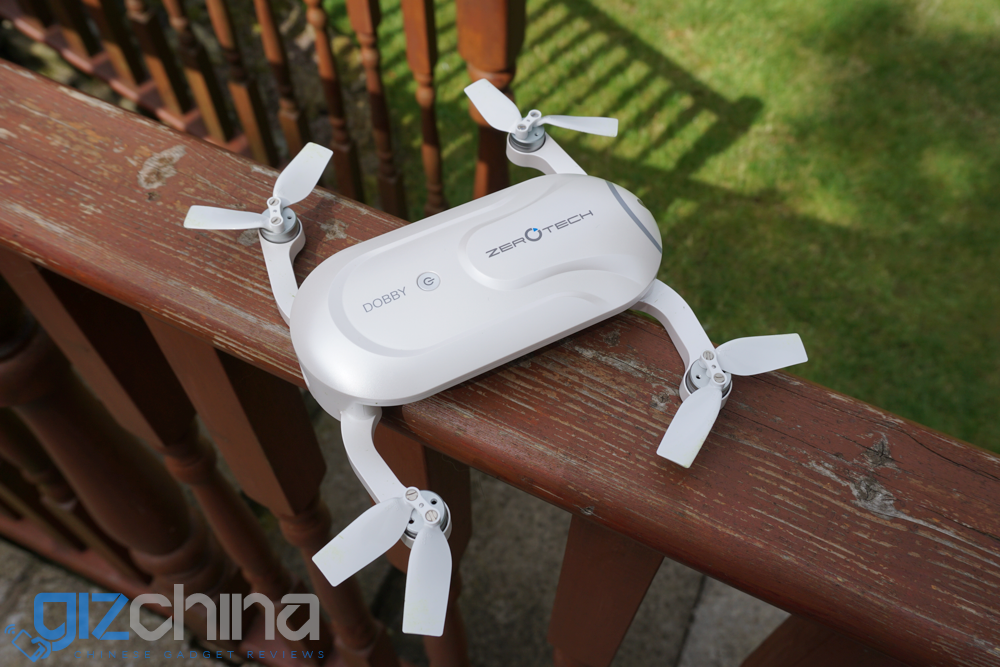 Like the Xiaomi Mi Drone, you had to be an early backer of the Dobby Drone project to get one as the final production push is still a few months away. Unlike the Mi Drone though, the Dobby is a hand sized drone that has foldaway arms and can be easily slipped in to your pocket for easy transportation. 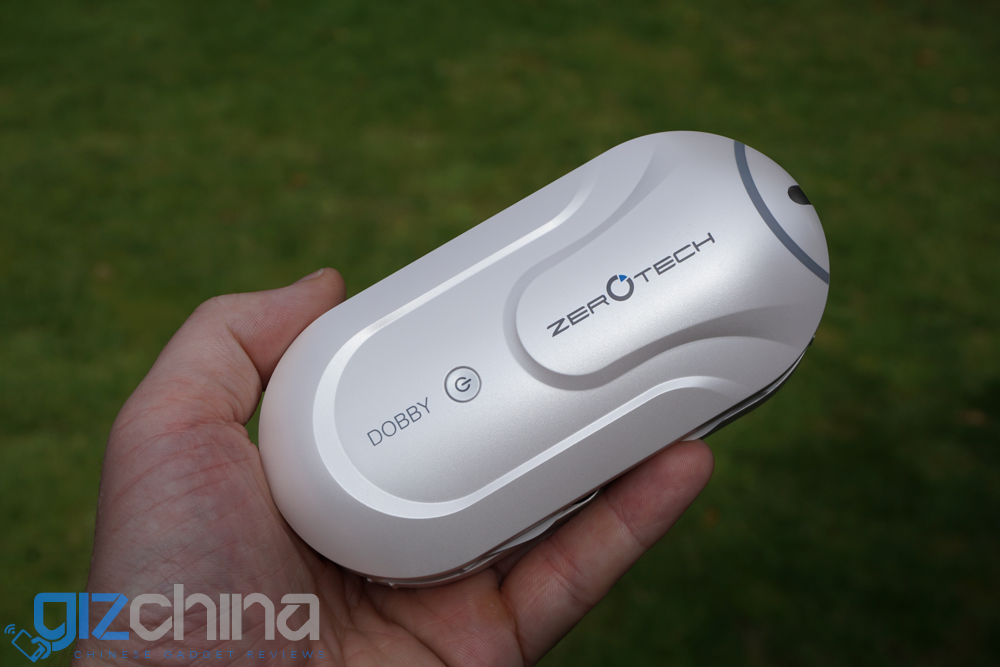 We’ve seen smaller drones and drones of a similar size, but the folding design makes the Dobby much safer to transport, not to mention that the tech behind the drone is way more advanced than those similar sized ‘toys’. 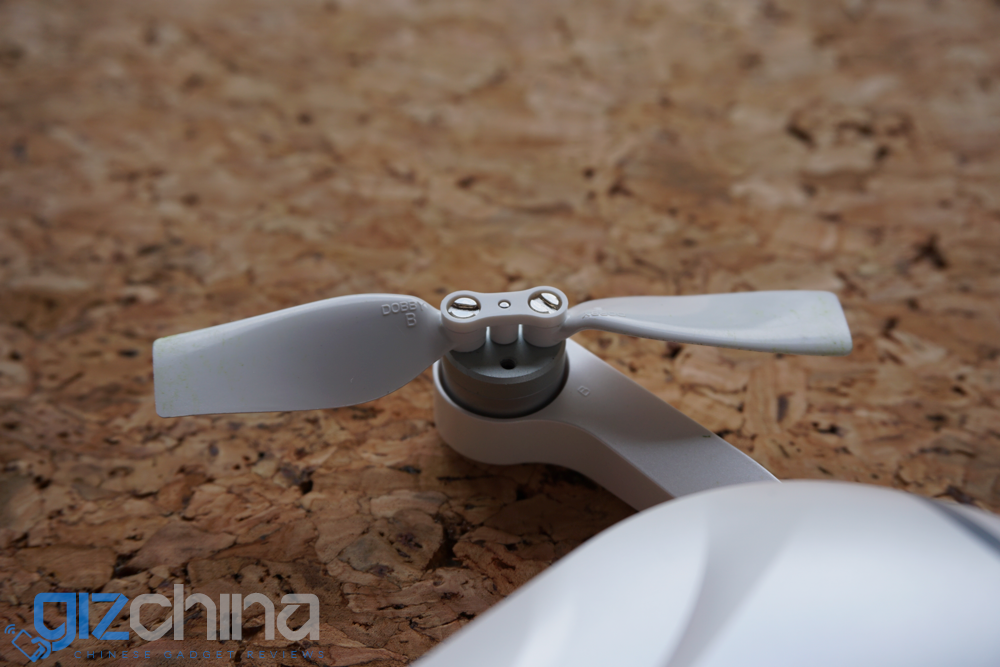 Each arm has a set of pivoting blades that are attached to powerful motors and I mean powerful. When this puppy first took off in my living room I realised that this isn’t a device to be messing with! 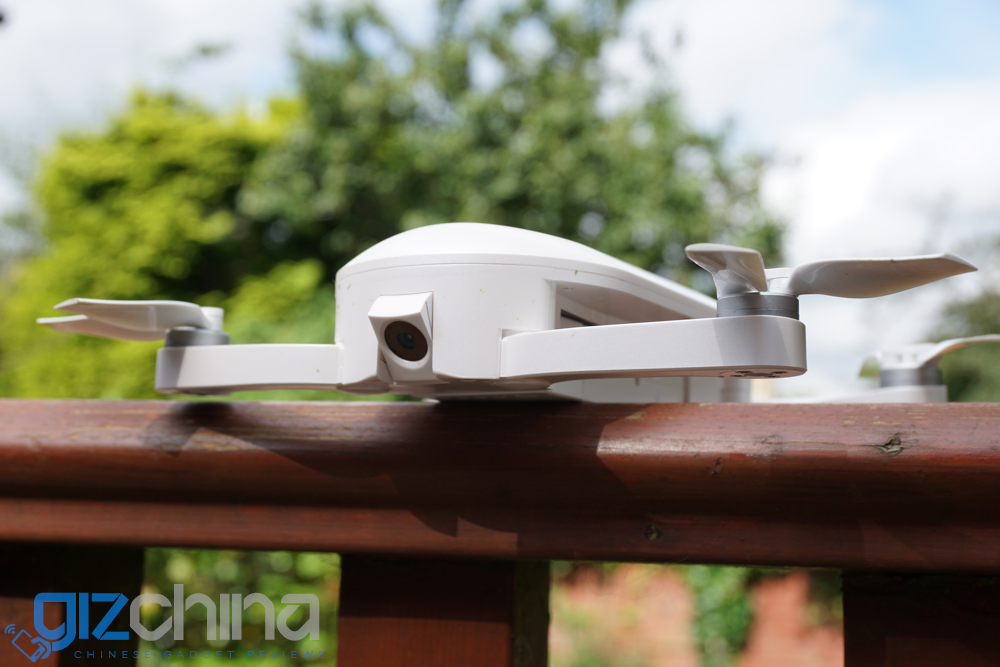 The front of the Dobby Drone has a single camera that can be set in to 1 of 4 positions before flying. The compact design means a motorised camera isn’t viable, but the small size of the drone means you can get in tighter and closer than on a larger UAV. The Dobby also features EIS (Electronic Image Stabilisation), but the drone is so stable in the air you might not even need to use it. Looking further around the Dobby we find a removable battery that slots in to the base of the Dobby like the pod out of Thunderbird 2. Im not sure how much flight time the 970mAh battery offers but I flew the Dobby in the night last night for 10 minutes and still have charge in it (but then again I didn’t record video or shoot photos at that time). 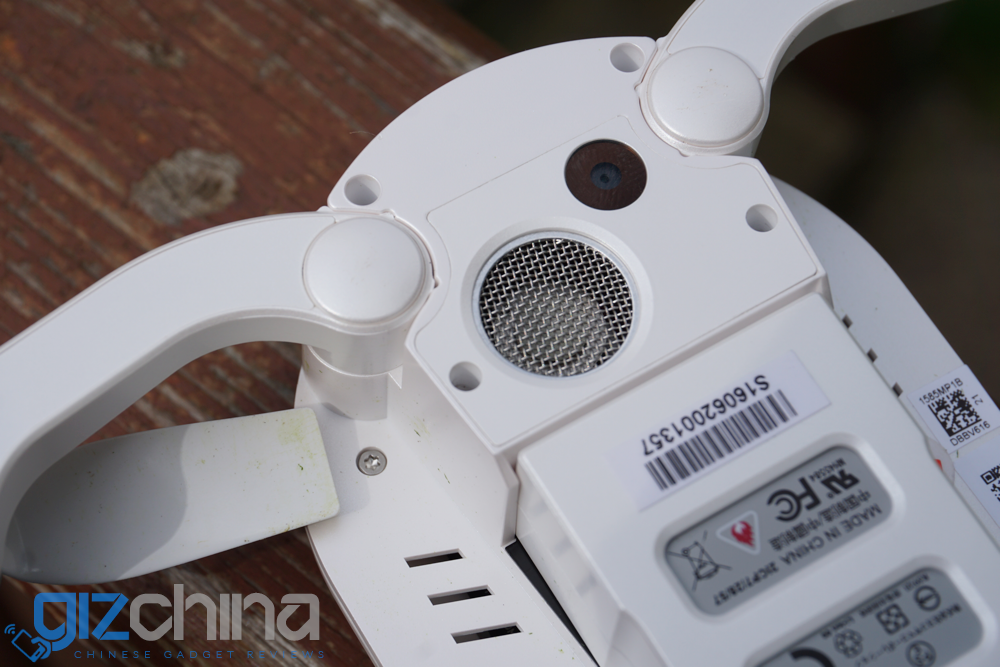 Under the Dobby is a vented area which I believe is a sensor for telling Dobby how close the ground is and a second camera, however in this current (most up to date) build of the Dobby firmware and app it isn’t possible to use it.

Internally the Dobby has an electromagnetic compass which is set much like other drones, and WIFI for connecting the drone to your smartphone for control. 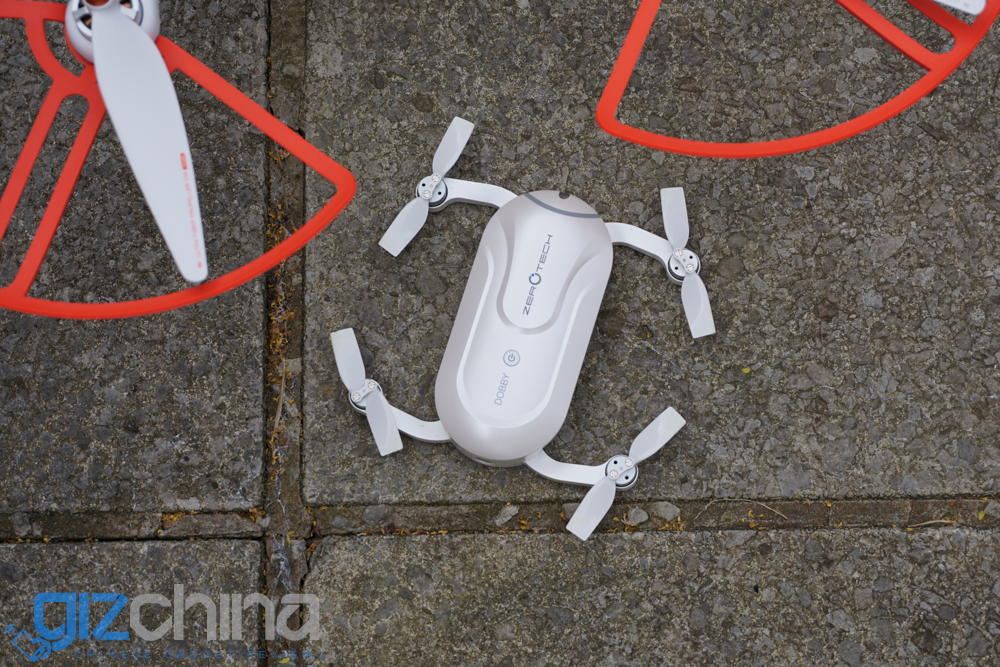 But the cheery on top is the brain behind the Dobby! A Snapdragon 801 chipset! That’s a very powerful chip to be in a tiny little drone, so expect more to come from the device in the future! There is also 2GB RAM, 16GB internal memory, and 13 mega-pixel main camera. 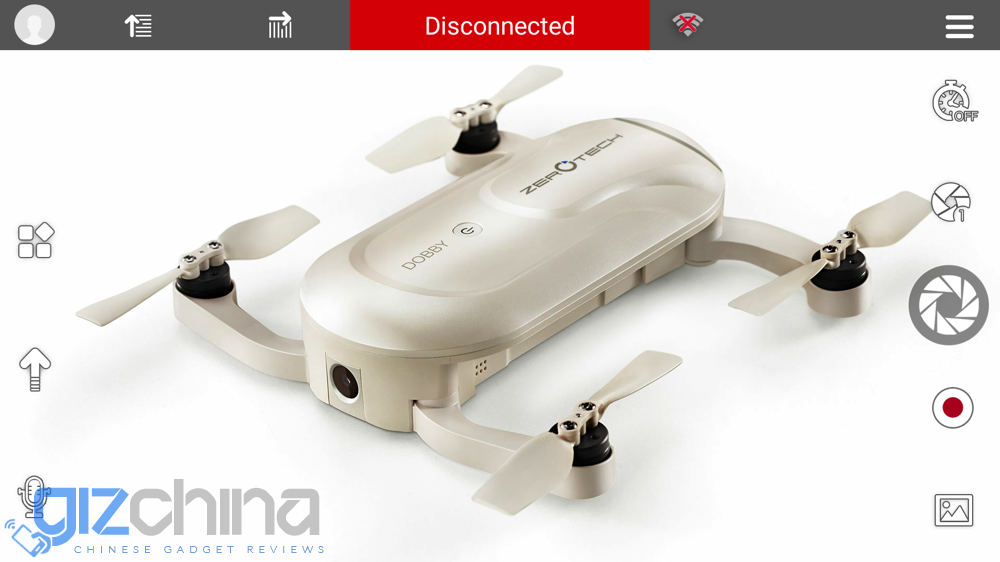 The App for the Dobby Drone is called Do.Fun and it is available to download from the Play Store and yes it does come in English too.

When setting up the App you have the option of adding an account and some personal details, but at this time the point of having an account seems a little useless as there doesn’t seem to be cloud storage or flight logging like we have on DJI drones.

When turning the App on for the first time the Dobby will be in Novice flight mode and on screen controls include automatic takeoff/land (which even has a countdown from 3-1 before taking off). Camera controls, Video  and obviously you can use the screen to control the direction of Dobby. 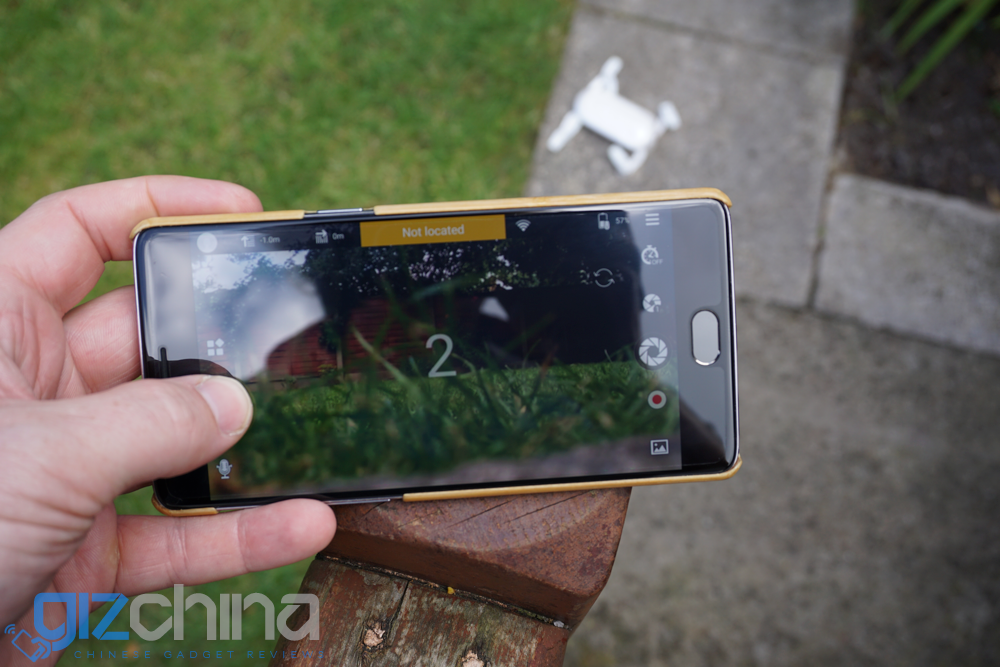 With Novice model turned off there voice control and a mystery ‘coming soon’ section, which should hopefully include the ‘Follow Me’ mode that I was really expecting to be on the Dobby out of the box.

The app also has notifications for WIFI connection and GPS, but as far as I can see its your phone connected to GPS not the Dobby so you don’t have a fly by way point or come home function (yet). 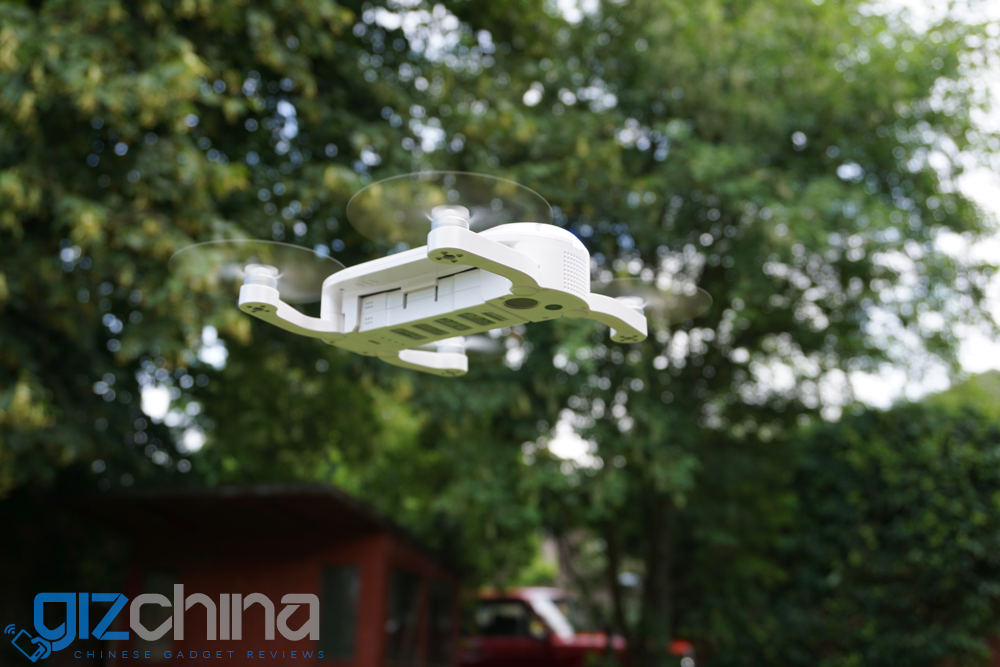 Flying the Dobby is a little different to other drones I have flown, but the fact that it is so stable thanks to those powerful motors makes it super easy to get in the air and fly about. 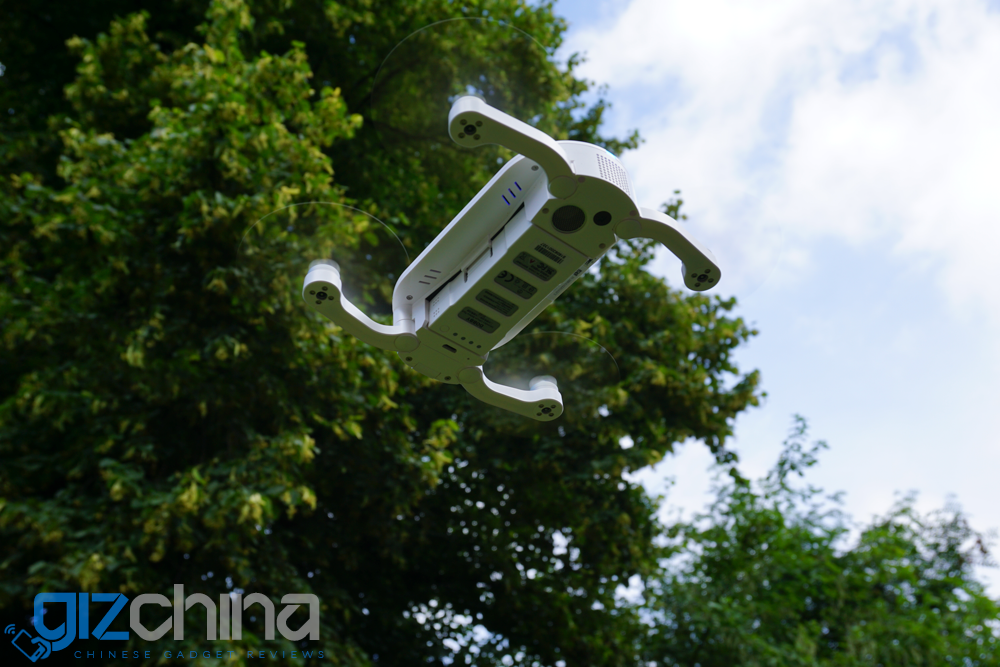 There are two control options available in the Dobby drone 1) Screen Swipe  and 2) Phone Tilt. So far I’ve not tried the phone tilt option but on screen swipe control works just fine.

Swipe up or down and the drone will follow, left to right will have the drone crab in those directions and to get the Dobby flying backwards and forwards you use the pinch and stretch gestures (just as you would to zoom in on a photo).

Actually pivoting left and right is also available in the touch screen flight controls but you will need to press a ‘rotate’ icon (which I actually thought might turn the second camera on). With this option selected you can pivot left and right, fly up and down but not forward or backward. 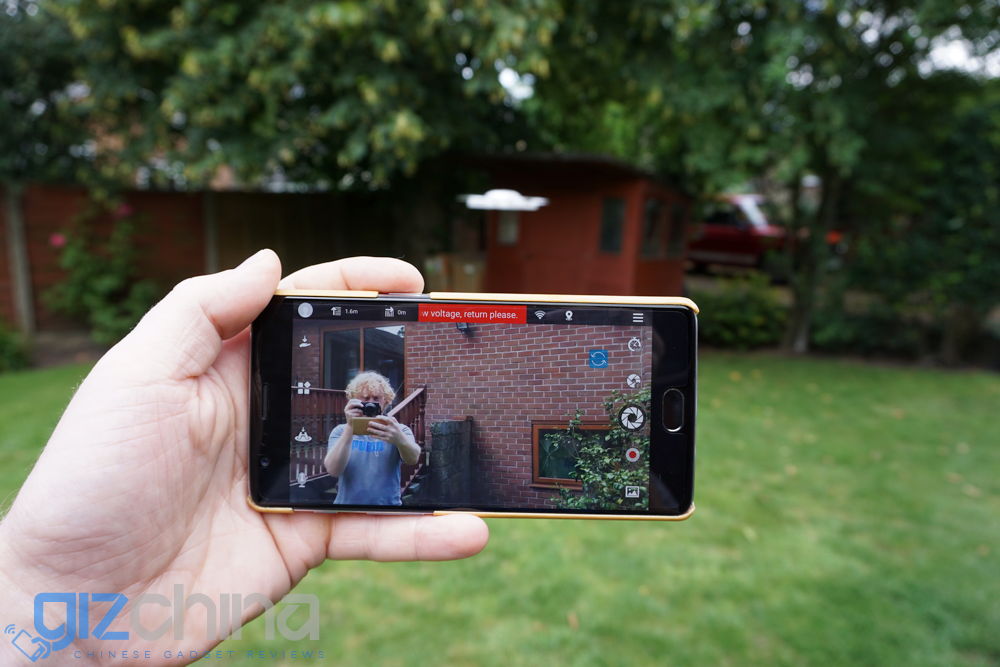 As I mentioned above the Dobby is a powerful little drone so I wouldn’t attempt to fly it indoors unless you have plenty of room or if you are very confident, those little motors sound like they have enough power to give someone a serious injury. 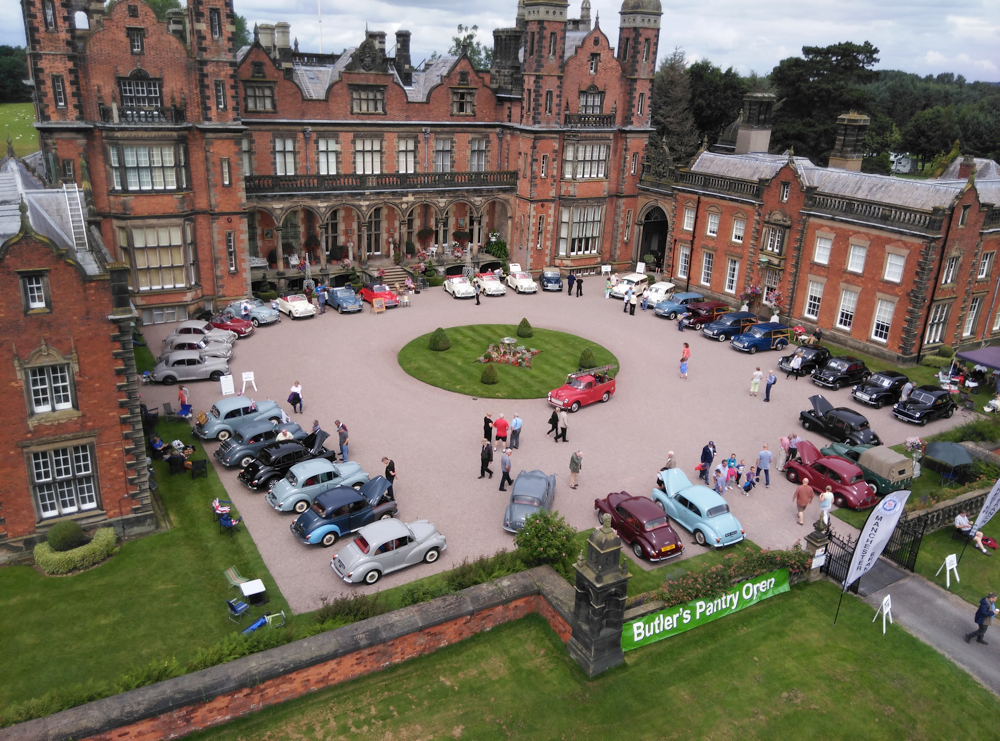 The Dobby can shoot video in 360, VGA or 720 currently although the specs on the Zerotech site say 4K is also possible in the future. Photos are shot at 13 mega-pixels. The samples below use the Dobby’s highest quality settings.

Dobby Drone Specs at a glance

Dobby in the Future 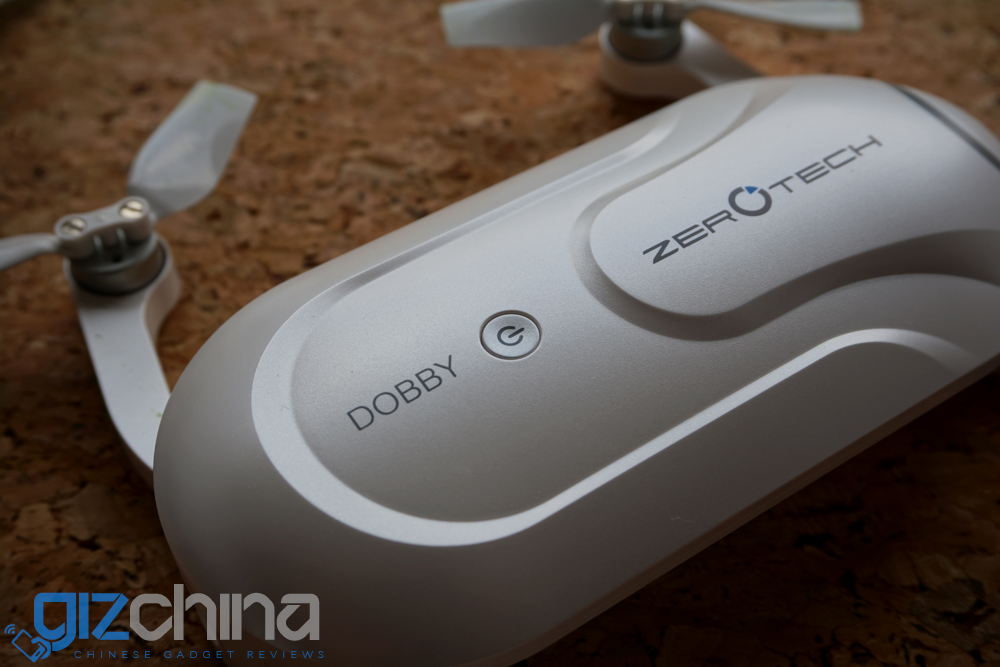 One of the main selling points for the Dobby was the idea that this would be a Selfie drone i.e you take the drone out of your pocket unfold it and it would take off keeping the operator in view to shoot video or photos. Currently this is possible but only manually, so for future updates we hope a Follow Me feature will be added (it was to the Phantom 3 so it is possible).

I would also like to see flight by way point, and perhaps an update in gesture support so that you don’t need to tap an icon to get the Dobby to pivot.

Looking at the ZeroTech website (the company who makes the Dobby) we also expect that a future update will bring 4K video recording in the future too. 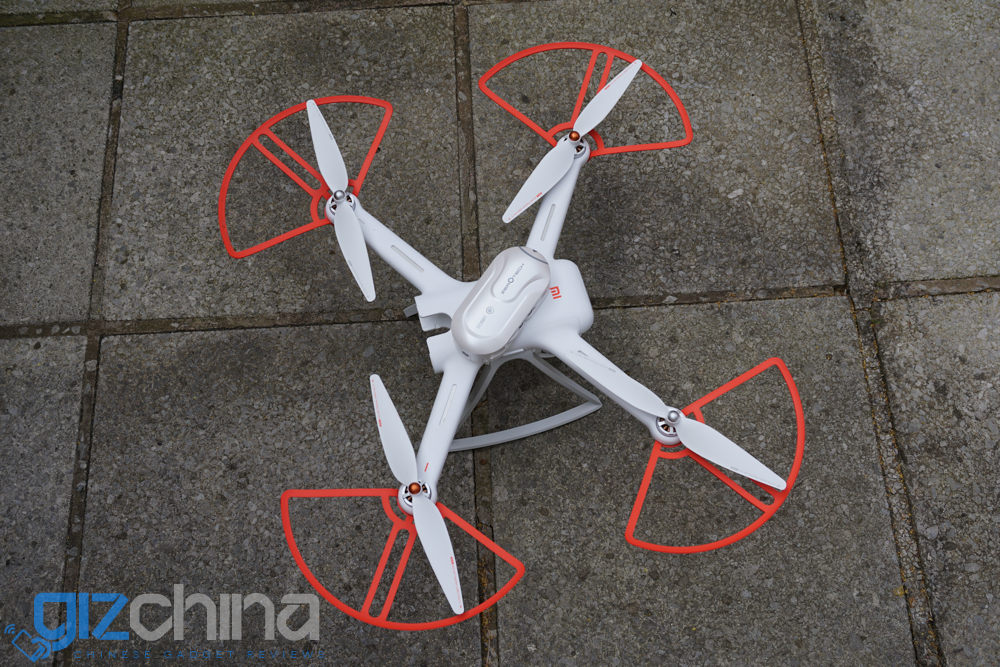 So far I have to say this is a very cool little device that is surprising for its size. The folding nature means I can stick Dobby in my bag or pocket and not worry it will be damaged and take it anywhere I go.

It’s great that the Dobby has an English app too, but don’t expect the drone to be launched outside of China anytime soon.

For those of you who are interested in getting a Dobby Drone then contact Shop.GizChina.com, however it’s not going to be cheap and Chinese retail pricing is around the $260 mark!

Previous This week on GizChina: Xiaomi, reviews, and more