Xiaomi’s Redmi Pro really grabbed my attention with it’s dual camera design, but could a Redmi Pro Mini with single camera get the same reception?

Xiaomi weren’t coy when they teased the Redmi Pro, and right out of the gate we know the phone would get a new brushed metal finish and be the first Xiaomi to receive a dual camera design.

In fact it’s that dual camera design, Helio X25 chipset and large battery which really made waves at the launch, but could a ‘mini’ Redmi Pro with slightly different specifications get the same fan response? 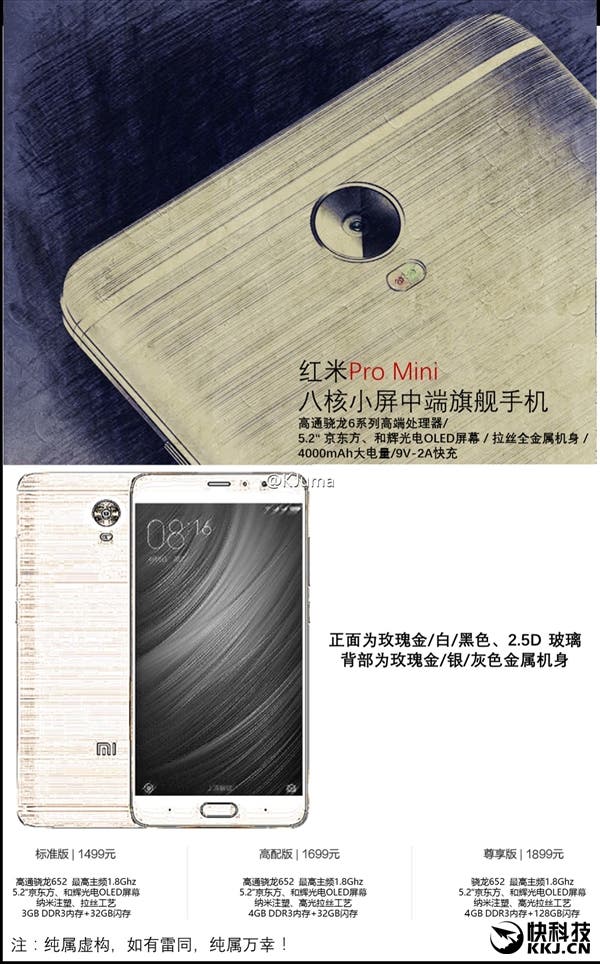 The tipster also notes that the body be more compact, retain a 4000mAh battery and fast charging but have room for just a single rear camera.

Apparently the Xiaomi Redmi Pro Mini will launch at 1499 Yuan with 3GB RAM and 32GB memory, rising to 1899 Yuan for the 4GB RAM 128GB variant, numbers that are rather close to the current Redmi Pro price points!

Personally I would prefer the dual camera design of the larger Redmi Pro at 1999 Yuan, but I understand some of you will prefer the smaller form factor and bigger memory. Which side of the fence to you sit on?