Meizu’s movie tie in phone for the release of the new Star Trek movie has been formally announced and given a launch date.

Over the weekend we got to see leaked photos of a Meizu E smartphone with the Star Trek logo on it and custom launcher, and now the phone has been given an official launch date and pricing.

In China the Star Trek edition Meizu will cost 1499 Yuan and will only be available in the 32GB version. Phones will go on sale on 2nd September to coincide with the release of the movie in cinemas. 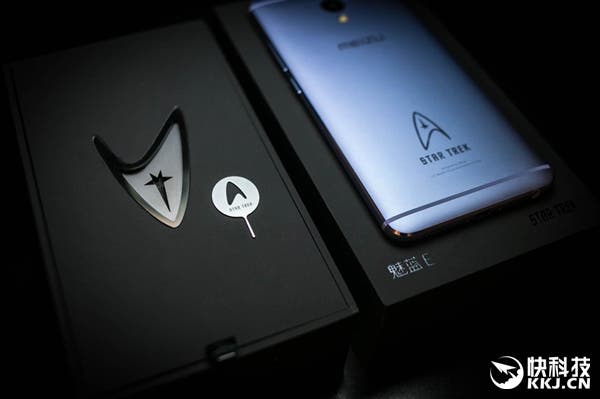 In addition to the custom logo and modified launcher, the Meizu E Star Trek edition also has a themed SIM tray removal tool and comes with a Star Fleet badge too.

This isn’t the first time we have seen a movie tie in phone from a Chinese phone maker, but this is the first Star Trek model.