If rumours are to be believed then Xiaomi are launching an updated Xiaomi Mi5S with updates, and for lovers of larger phones there sounds like it could a plus model too.

Over the past few months we’ve been hearing about a new Xiaomi Mi Note phablet with 5.7-inch display, well today those rumours have been transformed to a Xiaomi Mi5S Plus which could accompany the launch of the new Mi5S.

Just as the Xiaomi Mi5S is believed to come with a Snapdragon 821 chipset, the Xiaomi Mi5s Plus is set to come with the new Qualcomm chipset, what’s more its larger 5.7-inch panel is a curved unit. The final shared part between the two phones is an ultrasonic fingerprint scanner in place of a physical home button. 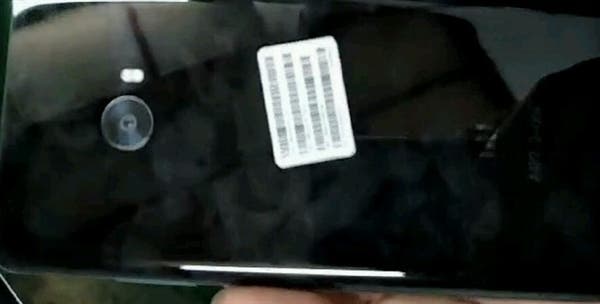 Rumours on their own aren’t worth a whole lot, so it is interesting that we also have a spy photo of the rumoured phone. The image shows a glossy black rear with dual LED flash and main camera. The camera and LED flash positions are future inboard than on the current Mi Note and Xiaomi Mi5 too.

Xiaomi are likely to give their new flagship phablet similar hardware features to other current top of the range phones. 6GB RAM, 128GB memory, OIS and a possible 2K display are all possibilities on the new phone.