It seems some people just won’t accept that Meizu have moved on from Samsung and are happy using Mediatek chips,

Meizu broke off their long-term relationship with Samsung not so long ago and have been using Mediatek chipsets in all its phones (bar the odd one here and there) for a few years now, but fans are still clinging on to the hope that Exynos chipset might once again drive a Flyme phone in the future.

A new screenshot has been shared online today which tells of a new mystery device named the Meizu_m96 that as well as coming with a Samsung Exynos 8890 chipset, runs Android 6.0.1, a 2560 x 1440 display, 5GB RAM and a 12 mega-pixel rear camera. 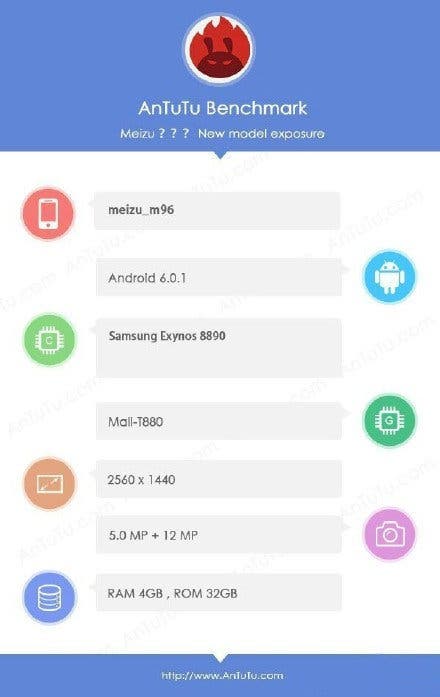 Yeah! we hear all the Meizu fans cry, but hold your horses! This screenshot is obviously fake with the font for both the phone model and chipset details clearly photoshopped on (in a difference font/weight) after.

This isn’t to say Meizu won’t be on Exynos chips, or that another Meizu phone isn’t in the pipeline (knowing that company they probably have another 10 phones on the way), but this certainly isn’t proof of either.